A device that can transform your ordinary doorbell into a "smart" wifi doorbell. 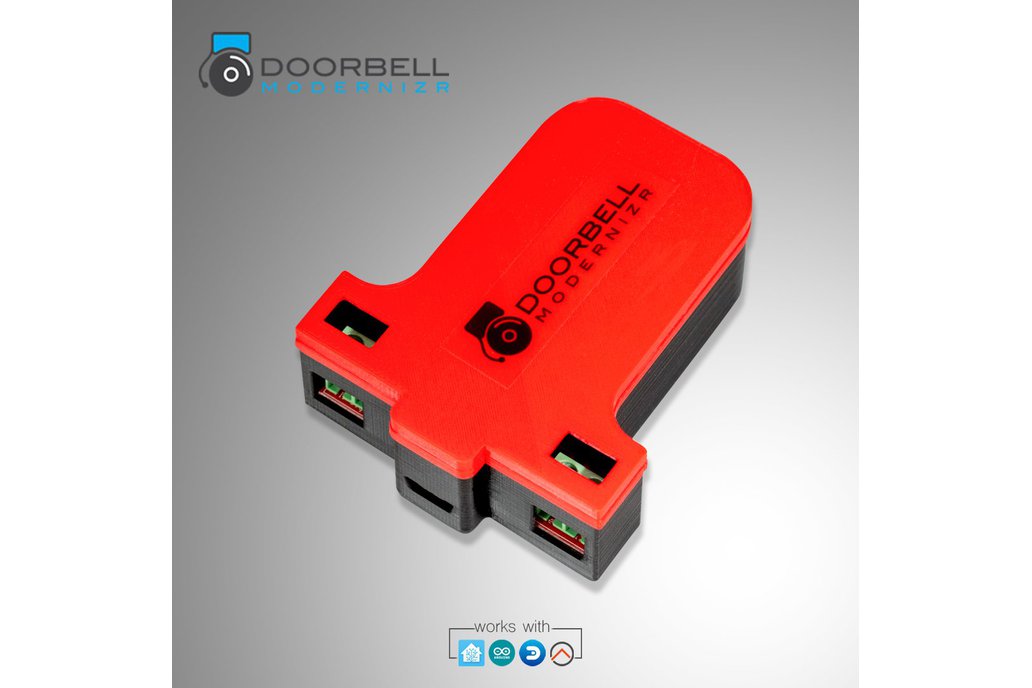 A device that can transform your ordinary doorbell into a "smart" wifi doorbell.

The Doorbell Modernizr 2 is a device that can transform your ordinary doorbell into a "smart" wifi connected doorbell. Whenever someone presses your doorbell, the Doorbell Modernizr can send a signal to your home automation system (currently supported: Home assistant, Domoticz and Openhab).

With this signal you can create automations to, for instance, send a notification to your phone, take a snapshot with a camera, or anything else you can think of.

With the Doorbell modernizr 2 it's also possible to switch your doorbell on and off from your home automation system.

The Doorbell modernizr can be hooked up in 3 different ways: 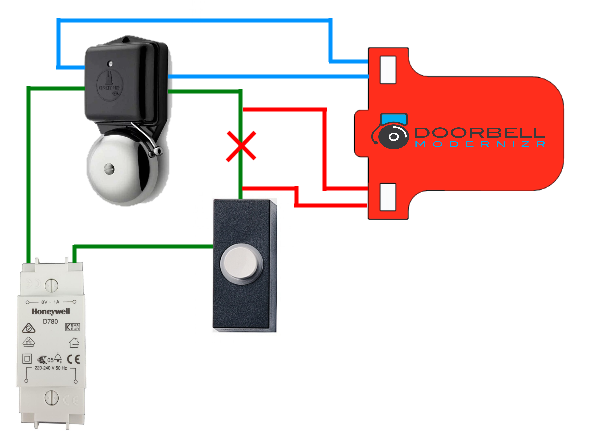 The green lines in the schematic represent your existing doorbell wires.

To receive the doorbell signal, connect the left terminal in parallel with your doorbell chime, shown in the diagram by the blue wires.

Most doorbell transformers use AC, so it doesn't mater how you connect the wires of the doorbell to the board, there are however some cases in which the doorbell does use DC. In that case you need to make sure the + wire of the doorbell is connected to the left side of the screw terminal and the - to the right side.

To be able to switch the doorbell on and off, re-route the wires, so that the right terminal is connected in series with your doorbell, as represented by the red wires in the diagram.

All instructions can be found in the manual

The Doorbell Modernizr is based upon the popular ESP8266 microprocessor. If you like, you can program it yourself with your own software, for instance with the Arduino IDE. Just hook it up to your computer, and program it like any regular ESP8266 development board.

The Doorbell Modernizr is open source, you can find the Arduino source code, STL files for the housing and gerber files for the board on github

Can I switch something else instead of the doorbell?

Yes, the Doorbell modernizr uses a relay for turning the bell on or off. The relay is rated up to 10A 250V.

Does my doorbell still work when the doorbell modernizr is not powered or broken?

Are any pings of the ESP8266 broken out?

Does my home automation system still get a signal when the doorbell button is pressed, even when I turned the doorbell off?

No, when the doorbell is turned off, the home automation system wil not get a signal when the button is pressed.

Enter your email address if you'd like to be notified when Doorbell modernizr 2 can be shipped to you:

After buying the Doorbell Modernizr 2 i have had a couple of small issue's.

So after contacting for support i received a quick reply with handson tips and support which helped me quickly to resolve the issue's.
And i am so happy with the result.

if you dont have specific need for a video doorbell this should be your purchase.
Now i simply get a push notification on my phone when someone is at my door.

Thanks very much for creating this awesome device.

I greatly recommend this.

When thinking about making my doorbell smarter, id didn't wanted to replace the existing with a doorbell camera.
A friend of me told me about this project and how easy it was to install. After waiting a long time I finally decided to buy the Doorbell Modernizr 2.
What a great product and super easy to install. I have hooked it up to my Homey from Athom with MQTT, works like a charm!

Easy installing.
I had some problems to push the buttons because the holes in the housing did not match but that was easely solved with a small drill. (remove the electroncs before you drill)

Sorry to hear you're having trouble with the Doorbell modernizr.
I actually have a Unify network myself, including a AC-pro and am not aware of any issues.

Please contact me to see if we can solve the issues, otherwise you can of course always return it.

Wow, impressive fast delivery (next day). The Doorbell Modernizer comes in a solid box and a nice looking booklet as user manual. It looks very nice and professional all together.
The installation goes very smooth (unless you make a silly mistake like I did). And even when you do make some mistake, there is always an email adress available for assistance. In my case I got an answer within hours. I work with Home-Assistant and for DM I had Mosquito broker installed. Without having extensive knowledge of it all (like myself), it works pretty straightforward.
Conclusion: on all domains amazing: the product looks nice and does what is promissed; the shipping couldn't be any faster, the documentatione in complete and understandable and the e-mail communication is spot on.
So if you want to modernize your doorbell and have some automation fun, Doorbel Modernizer is really the way to go!
+ Show 1 more 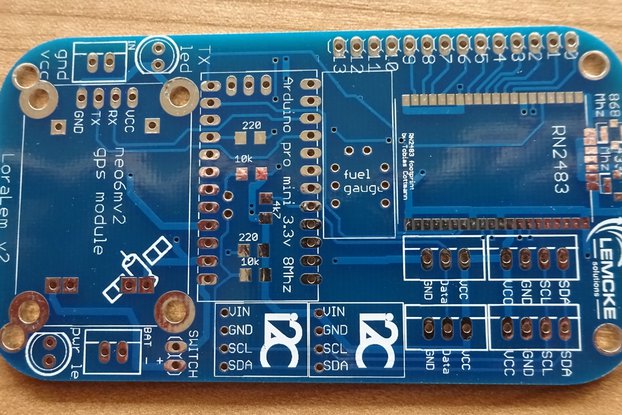 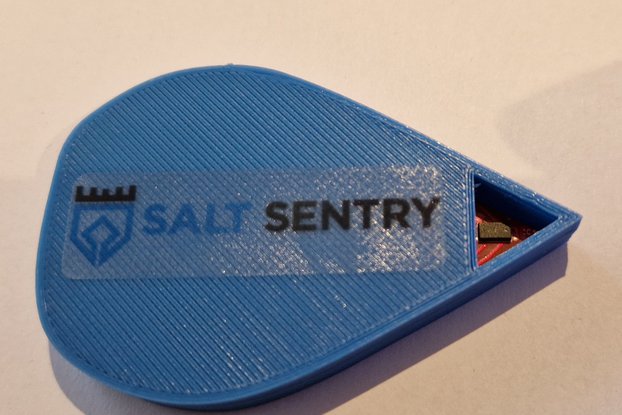 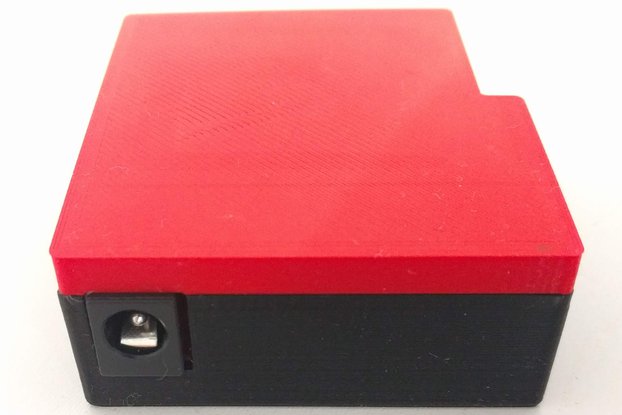 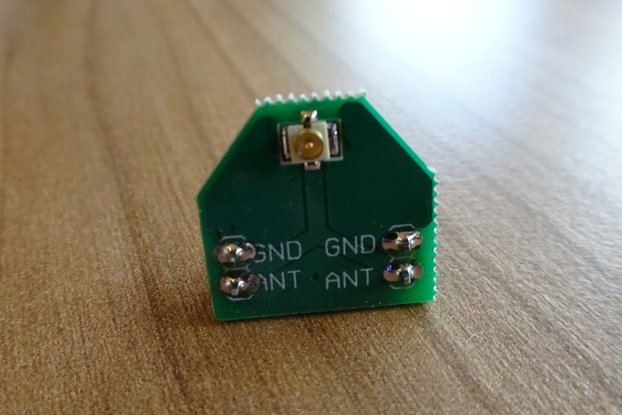 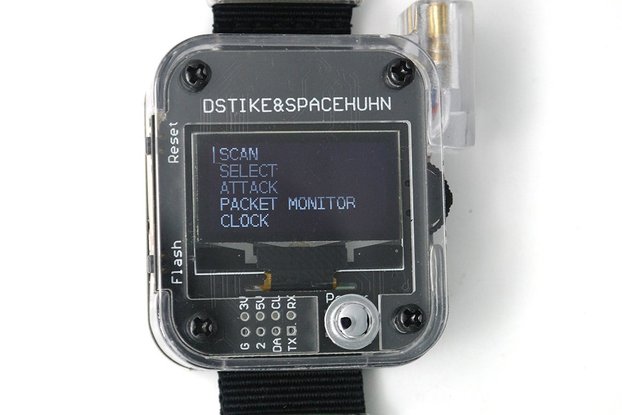 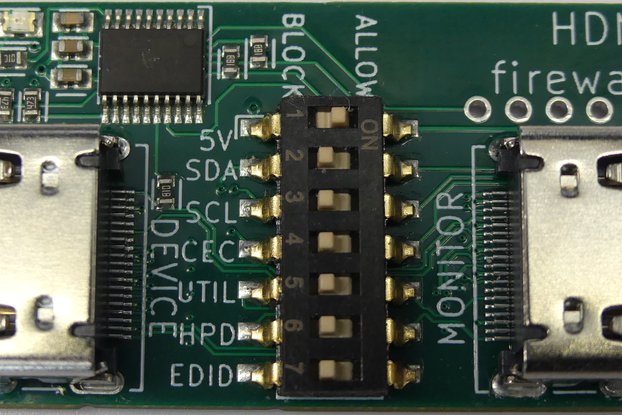 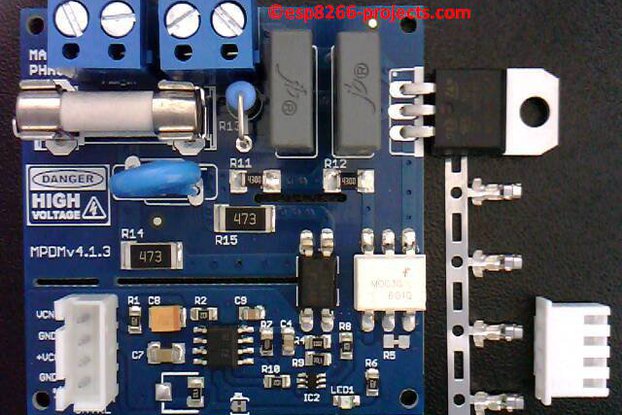 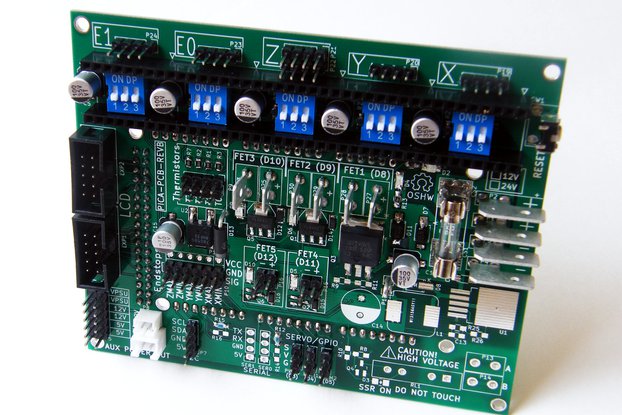