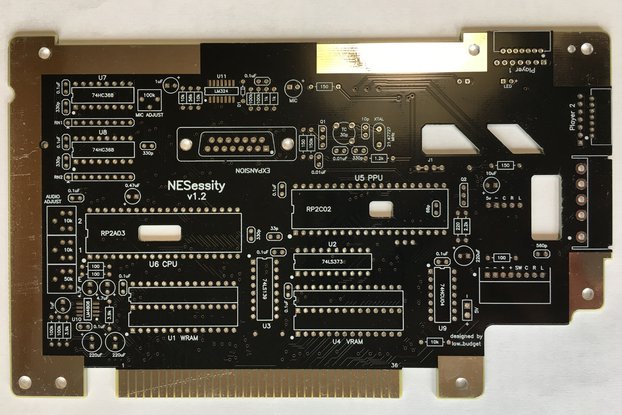 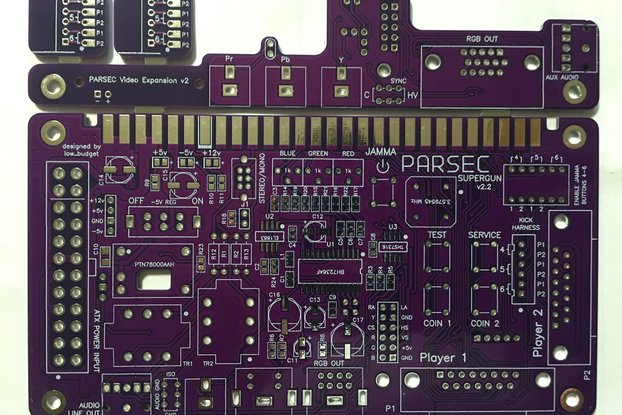 I've been known to tinker with video game stuff from time to time.

Quick to respond, Everything is listed and mentioned. Don't be like me, pay more attention its all there haha. This board is great, I have 2 going, one with an Hi-Def nes kit, and built the other for the RGB kit I got laying around. Might order a couple more just for fun.

Build the device from the BOM and board. The Supergun works as advertised, very happy with the results.

I purchased the PARSEC Supergun v2.2 - Play JAMMA Arcade Games with the optional Deluxe HAT with YPbPr component video and AUX audio. Everything works perfectly! The component out makes it easy to hook up to a modern display via HDMI using the RetroTink-2X. I have used this with a CPS2 and CPS3 arcade board, and the PARSEC Supergun works without issue! Excellent value and quality!

This was a great project that took about 3-4 hours all in, and the cost of the components (apart from the case, CPU and PPU) is only about $40. Works great with the NESRGB and had enough clearance with that mod even if the CPU is socketed.

I found some components difficult to source, in particular the trimming pots and the switching regulator had a long lead time at Digikey. Also, the BOM includes pre-crimped cables which are very expensive for what they are. Instead I bought a premade JST cable for much less on eBay. I also sourced an new crystal at NTSC clock speed from eBay.

Needing to use the power connector from an original motherboard is the weakest point, I'd say. These can be a bit of a pain to desolder, plus I'd rather minimise the requirement to use original components. For an updated board I'd like to see the option of using another connector. Perhaps one row of holes for the original and another for a modern one.

If you fit a NESRGB, that board (by design) disables the original video out from the PPU. I'd like to see an easy way to route the composite video out from the NESRGB to the yellow RCA jack, perhaps by way of a jumper. Similarly the NESRGB has a three position switch - it would be nice if the NESessity also had a three position switch rather than two position so it could be used in its place.

Finally, the board doesn't have notches for the RCA jacks, so you need to file those down or remove with flush cutters to mount.

However, all these points are really minor. This is a great well designed board and a fantastic fun project.

Shipping to the UK via USPS was reasonable and took about 2 weeks, with detailed tracking information.

This is an awesome supergun for the price! The ATX PSU support and built in -5V generation are super convenient, and the buffered RGB output puts this miles ahead of cheaper superguns. Highly recommended!