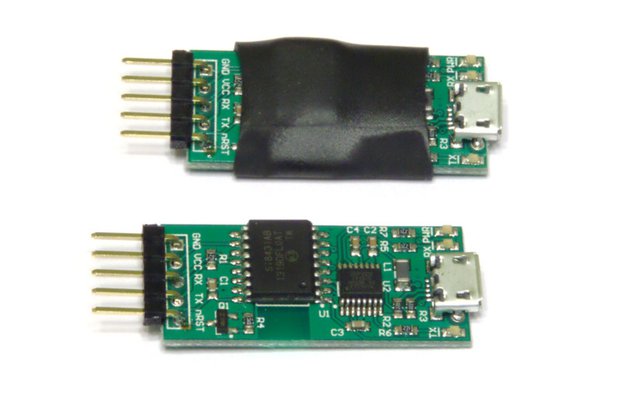 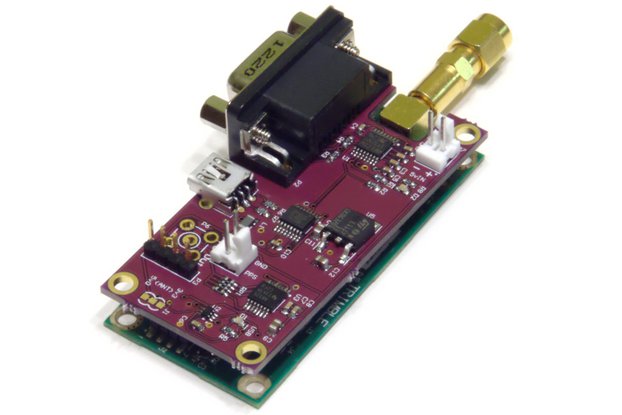 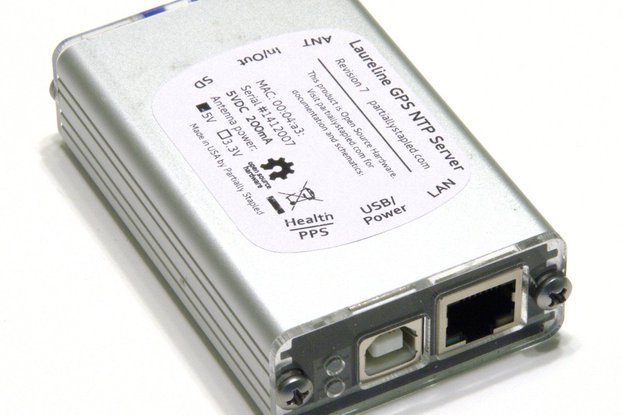 Tools and widgets for time nuts and tinkerers. Made with love in the USA.

Very handy for debugging any of a variety of devices that happen to have UARTs. Totally plug and play on OS X. We never even looked at the doc. Just plug it in, hook up VCC, GND, TX and RX and off it goes. Remember TX is from your computer, not your device, so plug your device's RX into the pin labeled TX and vice versa. We guessed right the first time on this.

We just ordered three more of these. We need extras in the lab so we aren't always fighting over the one we have.

Almost as simple as plugging it in

Unlike some reviewers, I don't have the sophisticated equipment and knowledge to validate or refute claims like "locked to UTC ±200ns". Nor do I actually need to have the accurate time to within 200ns. But I do love the idea of precision timekeeping, so I bought a Laureline.

I started by plugging it into my laptop via USB and attaching a terminal program. As promised, within 3 minutes it was synchronized to GPS time and busy tuning its on-board TXCO. I gave the device a static IP address via my DHCP server (the laureline's hardware address is shown by the "info" command over USB), and plunked it on the network. I also gave it the hostname "ntp" in my DNS (you could use a hosts file too).

these settings allow ntpd to query the laureline more frequently. With just a handfull of machines querying the laureline over the local network, it can't do any harm, and it seems to give better performance in terms of ntpdc kerninfo's "estimated error" figure.

(I also retained the lines for pool.ntp.org, so in case of an "outage" of the laureline I'll still get network time)

Over the last few weeks I've been informally monitoring my main home computer's NTP performance. It reports an "estimated error" of under 25µs typically (2.5e-5s), and often under 10µs (1e-5s). During that time, the frequency offset for computer's own uncompensated oscillator has varied by about ±1ppm. (which actually seems pretty good)

It installed easily, took a few minutes to stabilze. It's been running for several weeks, consistently giving substantially better performance than internet sources. (Right now, I'm showing that I'm within about 11 microseconds; my internet sources are still configures, and are running around 2 to 5 milliseconds off. That is fairly typical.)

What the previous reviewer said

My comments and positive experience with the Laureline pretty match what the previous reviewer (that's jrichert) said, delivery took a long time, but eventually it arrived. The use of FTDI rather than the widely-used Prolific USB/serial was great, it just worked out of the box rather than having to go to some Russian site to find patched Windows binaries that may or may not work on your system. Configuration via USB serial was a breeze, plugged it in, a few minutes later I had a lock, and then NTP output, from something that's a tenth the price of a Symmetricom or equivalent.

One for the wishlist, it'd be nice to have the indicator LEDs on the "front" (antenna) side rather than the "back" (power/network cable side). Most SOHO gear (non-rack mount) has the cabling coming out the back and indicator LEDs on the front, with the Laureline you've got to either loop all of the cabling round the back or stick your head around the side to see the status LEDs.

Update: For those using it under Windows, some notes: There's no easy way via the GUI to point to the Laureline, you need to go into the registry and change HKLM\SYSTEM\CurrentControlSet\Services\W32Time\Parameters\NtpServer to "<Laureline-IP>,0x1", then open a command shell as Administrator and restart the Windows time service with "net stop w32time" and "net start w32time", then finally force a resync with "w32tm /resync". To check that this worked, go into Control Panel | Date and Time | Internet Time which will still display the time server as one of the small number of choices that Microsoft provide (none of which are pool.ntp.org or anything similar, sigh), however if all worked out OK you'll see the message "The clock was successfully synchronized with <Laureline-IP> on ... at ...".