Stamp-Amp is a no-nonsense portable 10 watt D-Class practice amplifier. We made it small but it packs a wallop. 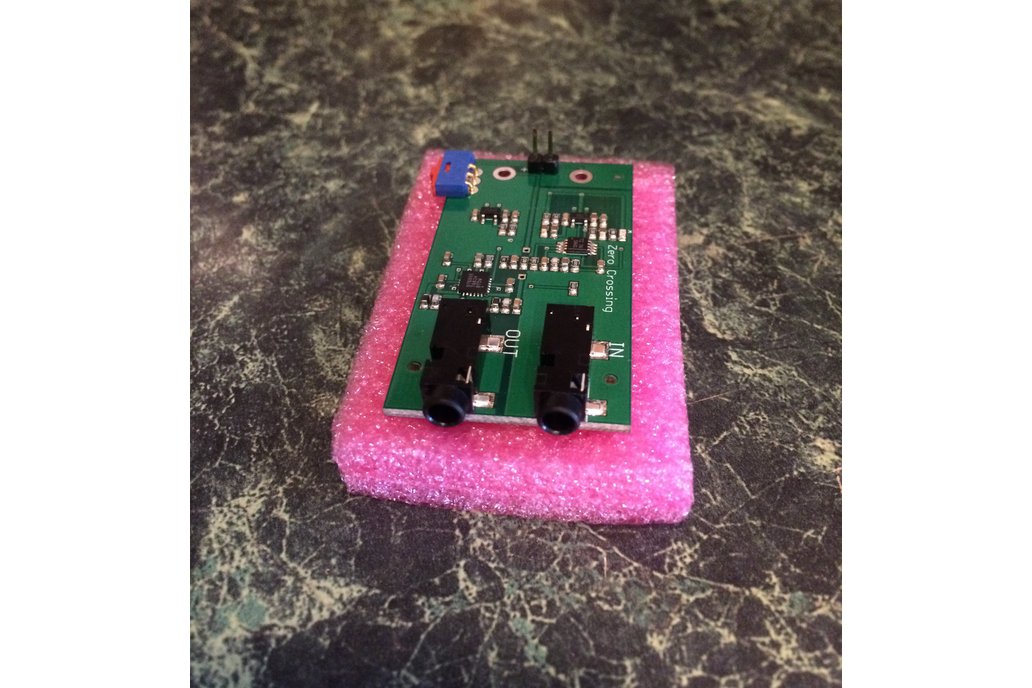 Stamp-Amp is a no-nonsense portable 10 watt D-Class practice amplifier. We made it small but it packs a wallop.

Stamp-Amp is a no-nonsense, portable practice amplifier. We made it small but it packs a wallop. To keep things tiny, we rely on your guitar's volume control in adjusting its loudness. Because most '…

Stamp-Amp is a no-nonsense, portable practice amplifier. We made it small but it packs a wallop. To keep things tiny, we rely on your guitar's volume control in adjusting its loudness. Because most 'electrics' have several different pick-up arrangements both 'color' and volume will reflect these variations.

We kept it simple to avoid introducing as little of a guitar's inherent 'noisiness' as possible. The front end starts out as 'matched' to a guitar's impedance (the average impedance of most guitar's output). We followed the input with a kick-ass, audio specific op-amp with THD and S/N numbers that gives most commercial analysis tools a run for their money.

On to what really makes things tick, we have a 10 watt D-Class amplifier (but given we get all power from a single, 9-volt battery, we don't quite reach 10 watts but there's plenty of headroom to spare).

In an attempt to remain a most powerful yet diminutive product, the 'in's and out's' are 1/8" audio jacks, so some convention with most audio products has been reconsidered. Either a 1/8" adapter for standard 1/4" cables or a 1/8" to 1/4" cable is necessary. See photo below for proper care and insertion of these smaller connections should Stamp-Amp not be in an enclosure that would create support for these jacks.

We'll soon be providing a 3D CAD of such an enclosure. See photo below of Stamp-Amp enclosed in a case we CNC milled for it (case not included).

The output can feed either a speaker capable of handling 10 Watts or an 'exciter' which is the commercial name for a 'cone-less' transducer that turns anything into a speaker. As seen in the video below attached to a conga drum and a 'box' drum and in the video of an iPod driving Stamp-Amp turning a wooden table into a massive sound source. The better (size/response) these transducers match the guitars frequencies of interest, the more true will be the amplifier's reproduction. See photo below for our 'exciter' of choice.

Now for you Head-Bangers/active guitar pick-up fans; Stamp-Amp can produce amplitudes of shocking proportions if you start the input with extra gain. This can be obtained with either active pick-ups that some guitars possess or any stomp box with 'gain' control. Watch the video and see what a small addition of gain via a distortion effect device can crank out of a 9-volt battery as guitarist Gabe Borden rocks out. With that in mind, either the practicing user or the aspiring metal-head should take caution in the position of your devices gain and your guitar's volume control. Start out about level 3 and increase to taste.

Stamp-Amp comes with a simple 9-volt battery connector which must be soldered in place but the board has provisions for a more compact solution should you want to enclose the unit. Spacing of the simple connector's pads are the standard .1" spacing so you can solder in a two prong, break-away header making the power supply removable with complimentary female connectors on the battery clip side. Remember, the 'red' wire of the connector goes to the pad on Stamp-Amp marked '+'.

It is advised to use the hearty, 9-volt 'Ultimate' Lithium battery by Energizer for a super extended battery life and enough current to give you optimum output power. If the board is enclosed you might consider using a beefier battery holder as shown below. Use only if enclosure material separates the bottom of the board from any metal on a battery holder whose 'body' isn't plastic.

There are provisional holes on the circuit board to secure the device to the enclosure or platform of your choice. These holes are .052" in diameter so could be gently threaded for an #0-80 Nylon (don't use metal) screw.

Since the board requires some soldering, we can not accept returns. Zero Crossing accepts no liability should someone incorrectly use their earphones on this amp's output. The risk would be to ruin your earphones and/or ruin your eardrums. Be cool with initial volume settings!

We are currently only shipping in the continental US and Canada.

Enter your email address if you'd like to be notified when Stamp-Amp+ D-Class Guitar Practice Amp can be shipped to you:

I used it for making my daughter a battery-powered electric guitar with a built-in speaker and amp. I'm powering into a 35W speaker at 4 ohms with 3x 18650 batteries and it has been going a couple days now on one charge. Worked out perfect for my needs. The saturation sounds pretty sick too just with my hand-built humbucker(ish) pickup.

Thanks, Matthew! We think Stamp-Amp is really cool and we’re impressed with your use for it. We hope your daughter loves her new guitar!
$39.00 $39.00 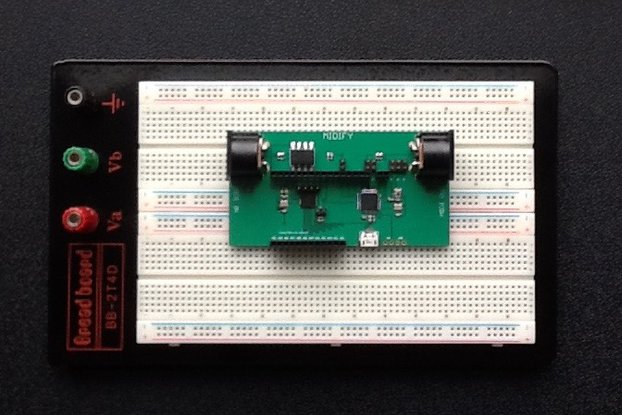 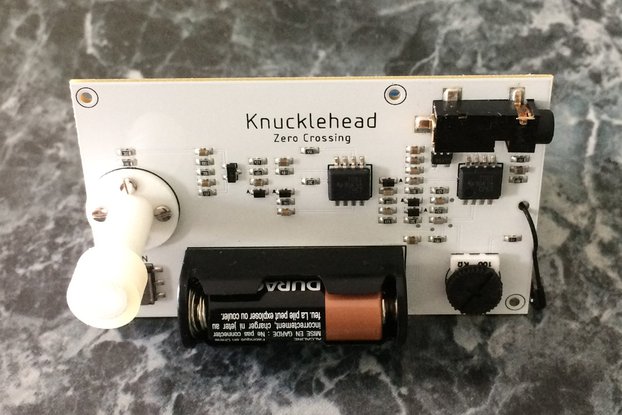 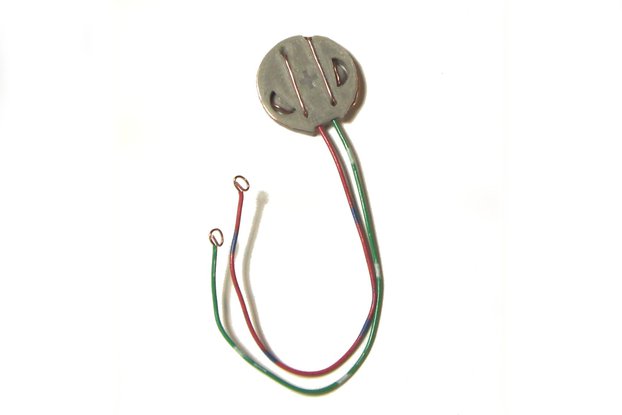 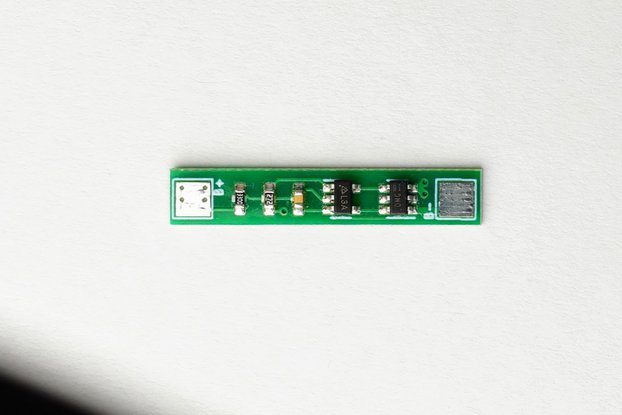 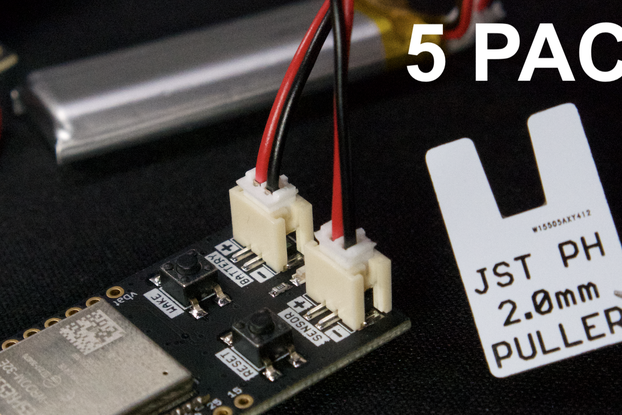