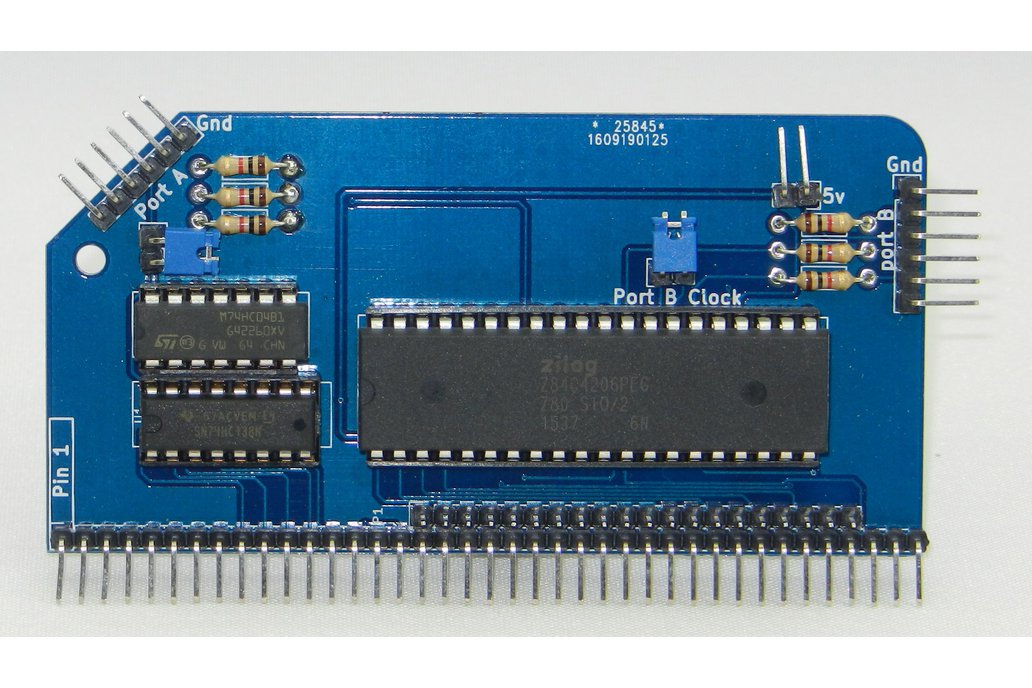 In order to minimise contact with others, shipments will only go out on Mondays and Thursdays. Apologies for any inconvenience this may cause, but I want to reduce the risk to myself and other.

What is RC2014? RC2014 is a simple 8 bit Z80 based modular computer. It is inspired by the home built computers of the late 70s and computer revolution of the early 80s. It is not a clone of anyt...

This is a dual port serial module based on the Zilog SIO/2 chip. It features 2 UART, Port A and Port B, thus allowing your RC2014 to connect to 2 separate devices, for example, a terminal and a printer.

Port B can be clocked from the same clock via a jumper, which will also result in it running at 115200bps. Alternatively, it can get it's clock from the Clock2 pin on the enhanced bus. If using the Dual Clock Module then standard serial speeds down to 4800bps can be used.

Jumpers on both Port A and B allow the RC2014 to be powered from an FTDI cable.

The Z80 ports that this module connects to are different to those used by Grant Searle and Dr Scott Baker, and operate differently to the MC68B50 ACIA supplied with the standard RC2014 Serial I/O Module. The version of Microsoft BASIC or CP/M supplied previously will not work with this module. If you have the ability to burn EPROMS, then you can download SIO/2 versions of BASIC and CP/M from the RC2014 Github site or you can purchase a pre-programmed ROM and/or compact flash with this module.

If you have written your own operating system to run on RC2014, or adapted existing software, then you will need to update it to use the following ports;

Important note The SIO/2 supplied is the Zilog Z84C4206PEG which is rated for a clock speed of 6Mhz. This means that a RC2014 running at 7.3728Mhz is overclocking it. I have had one running for many hours, including a constant demo for 7.5 hours at a show, where it sent out approx 408600 characters without issue. Therefore, I believe this part is up to the job, however, if you are running mission critical life or death applications on your RC2014 you should be certified and will need to conduct your own tests.

Nice board that does what it should

Would have been nice with legends on the PCB for the "FTDI" header pin-out, but it's a standard connector so it's no big deal at all. Only bought the PCB so it would be nice if the resistor values were marked in the schematics, the values were stated in the BOM so it's not a big issue.

This is a really nice serial module for the RC2014 platform, it shares PORT A with the backplane and PORT B is free to use. The module also support the extended bus so all in all it makes the best of the RC2014 bus. If you're building a RC2014 system this is the board to get!

Another great item. Fast and affordable shipping plus great quality components make this a wonderful experience. I normally don't deal with GB for kits and parts but this vendor is excellent. I will be ordering more from Tindie/RC2014 again in the future. 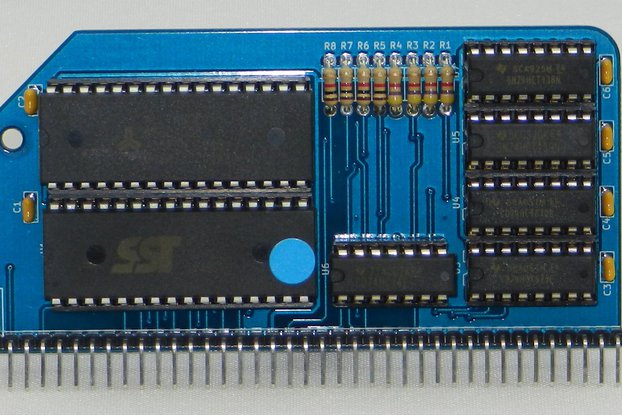 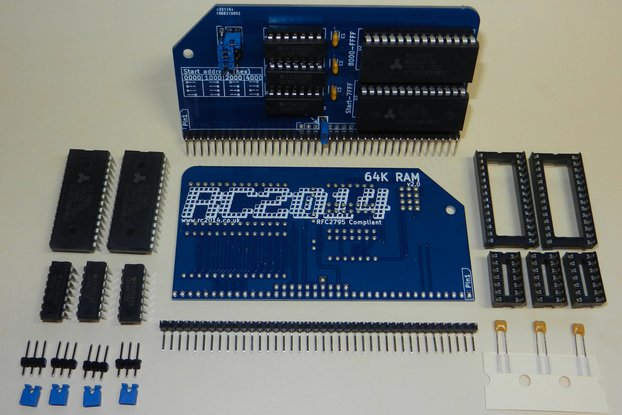 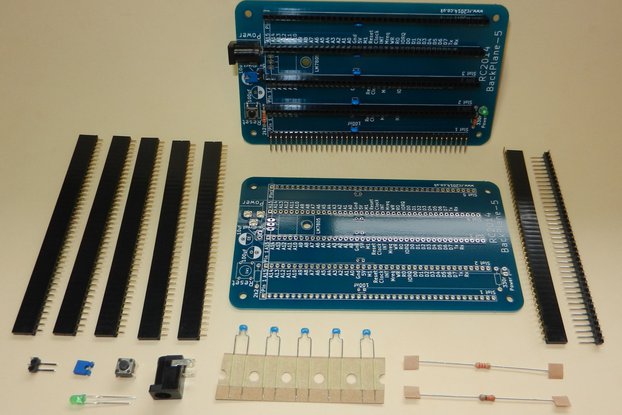 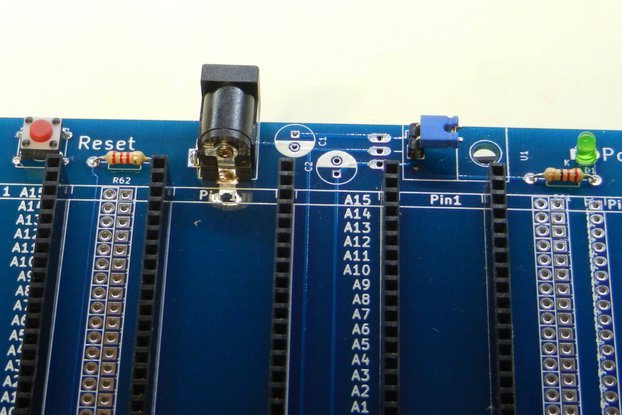 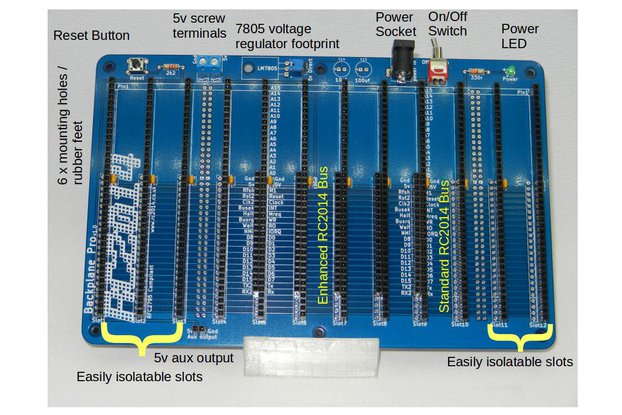 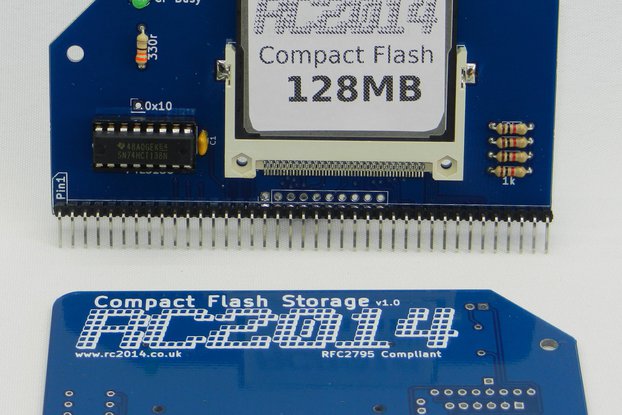 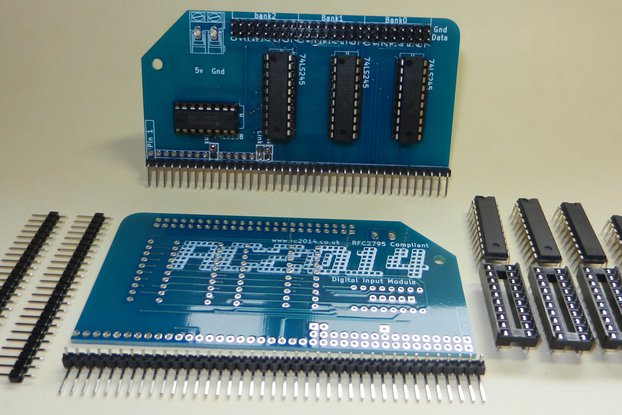 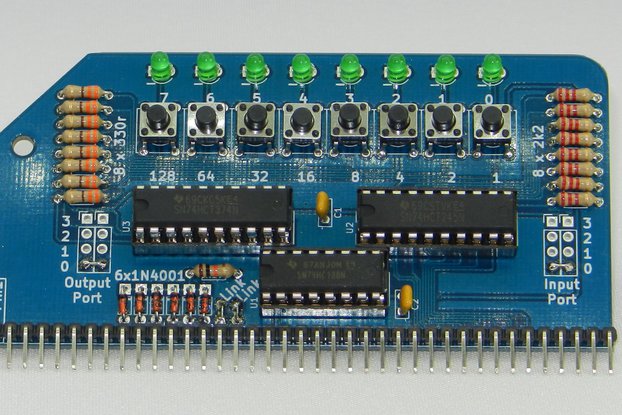 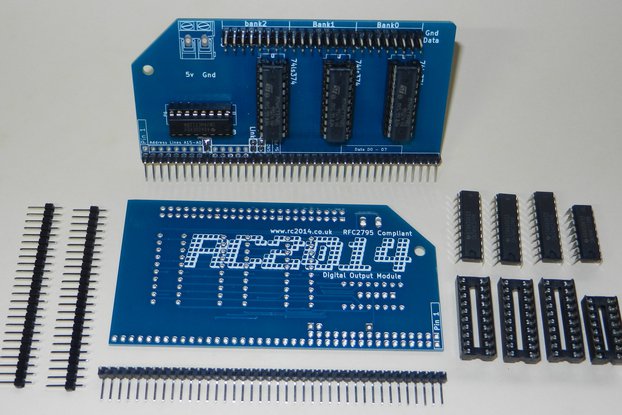 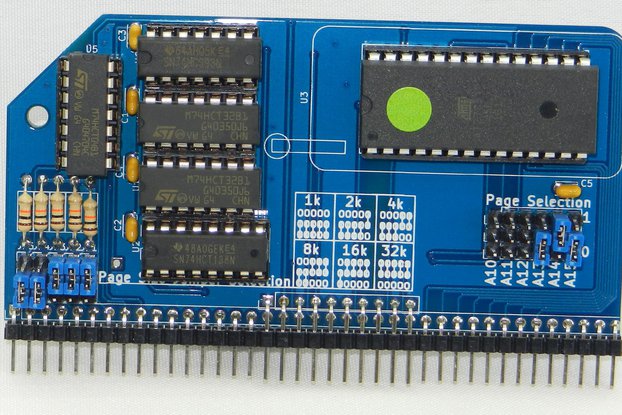 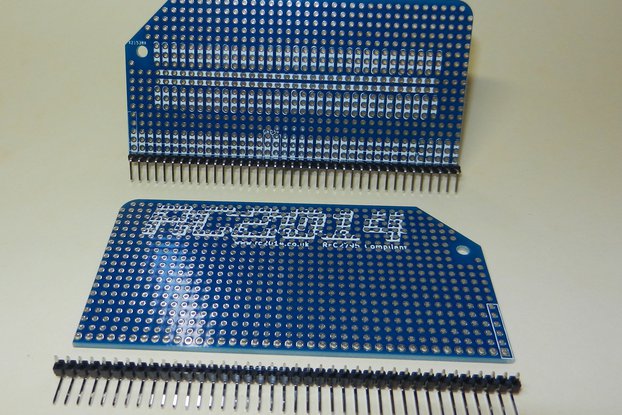 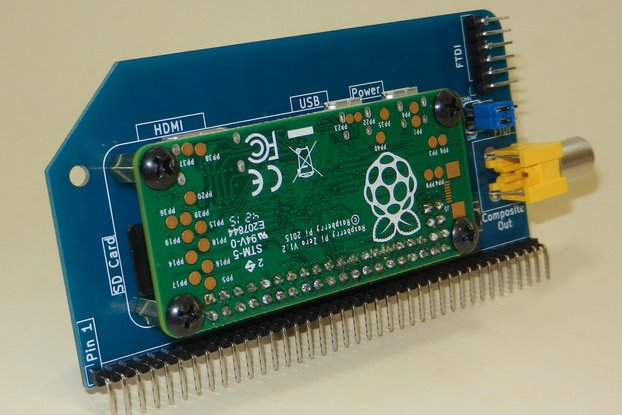 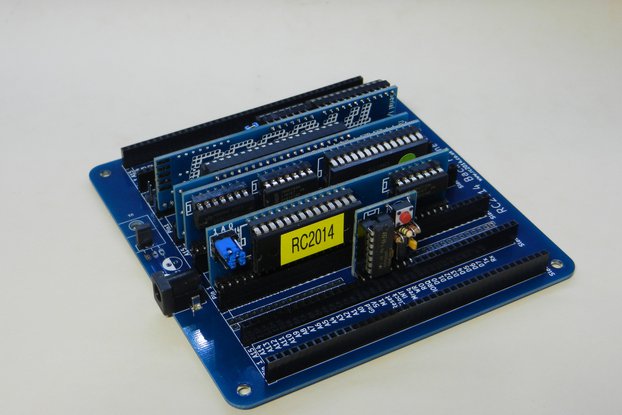 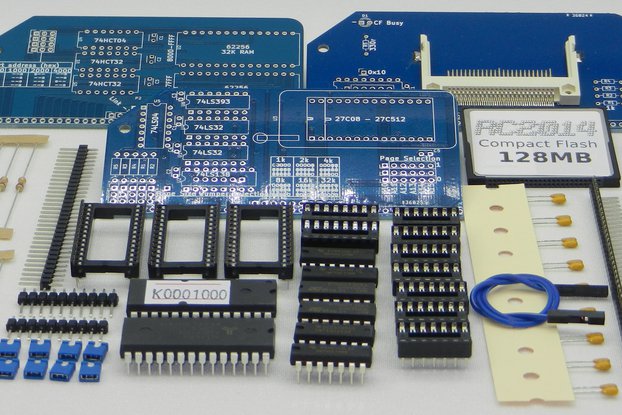 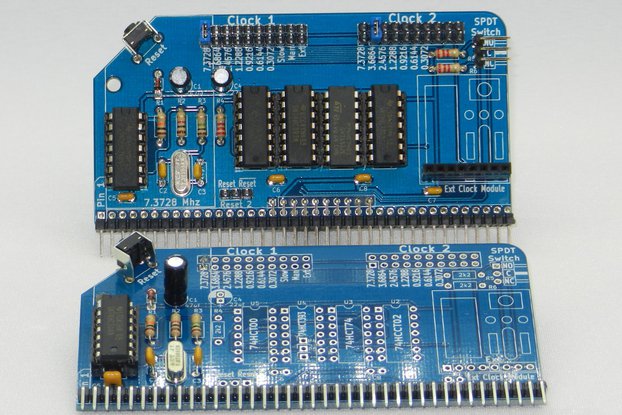 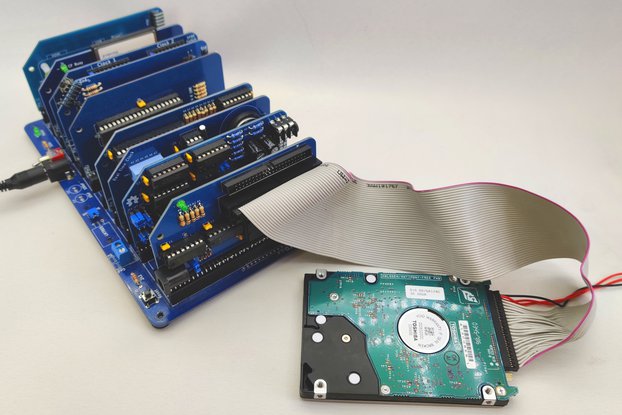 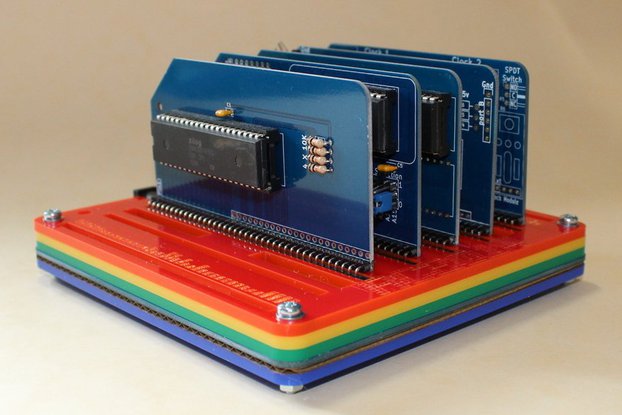 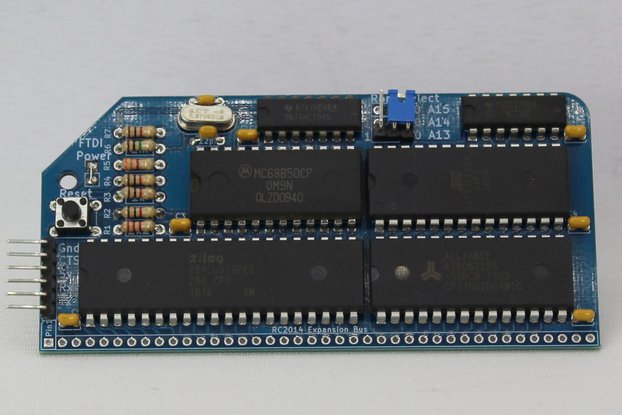 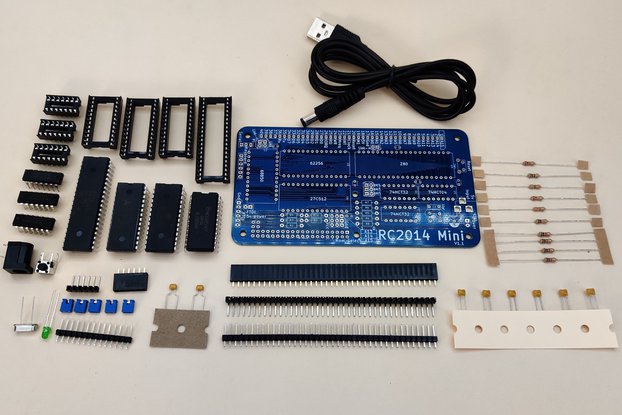 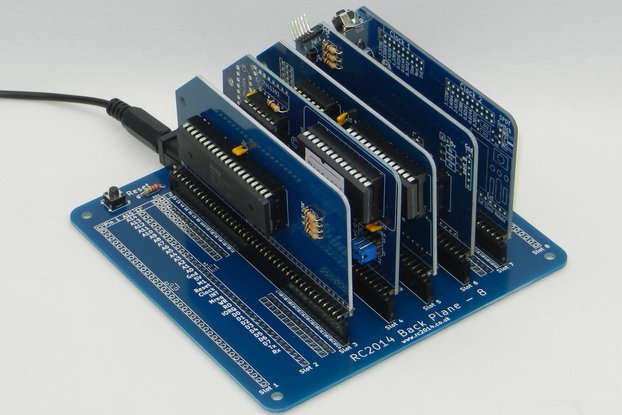 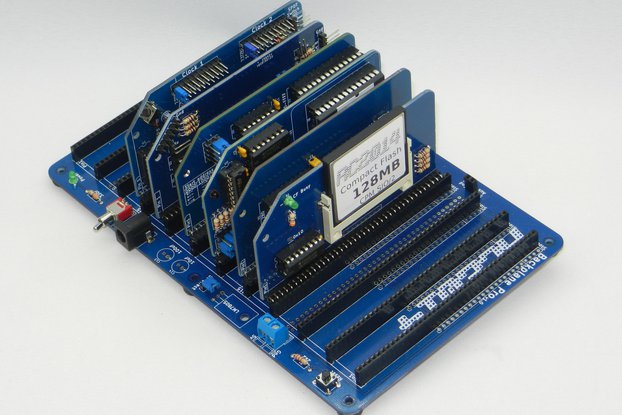 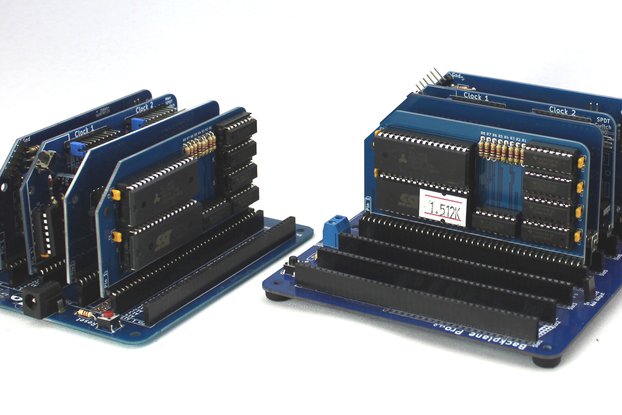 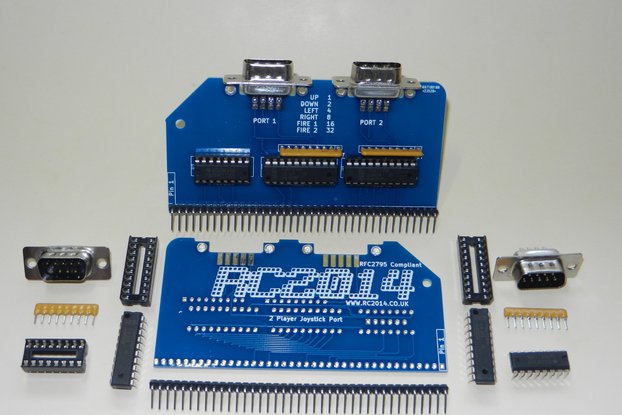 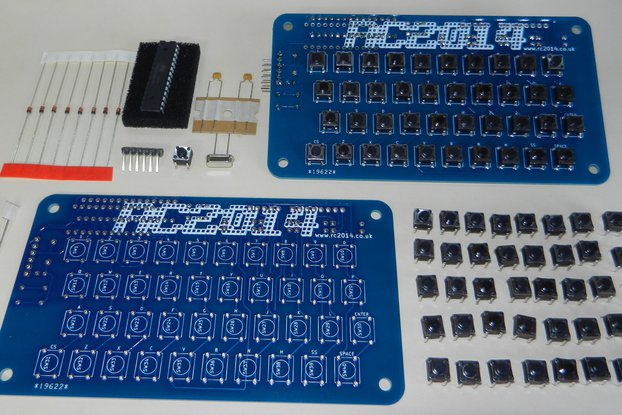 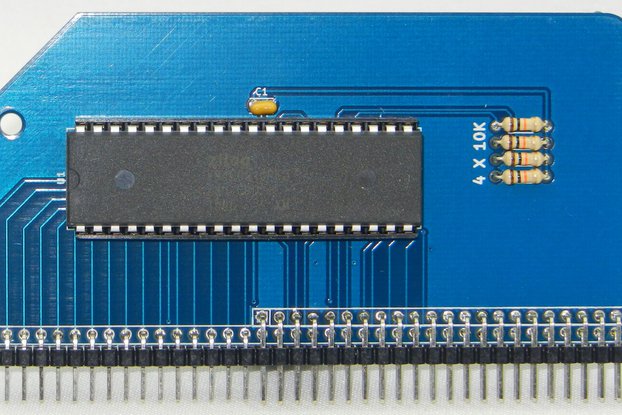 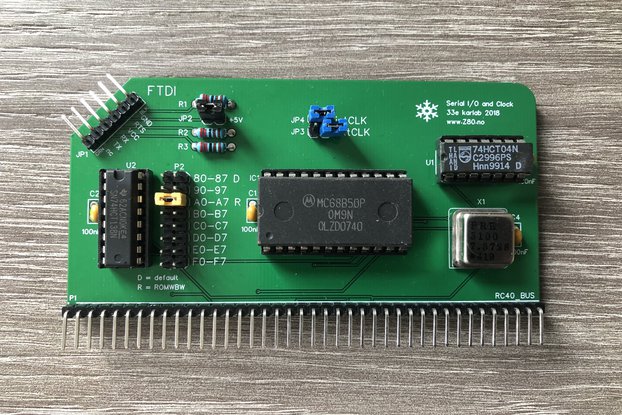 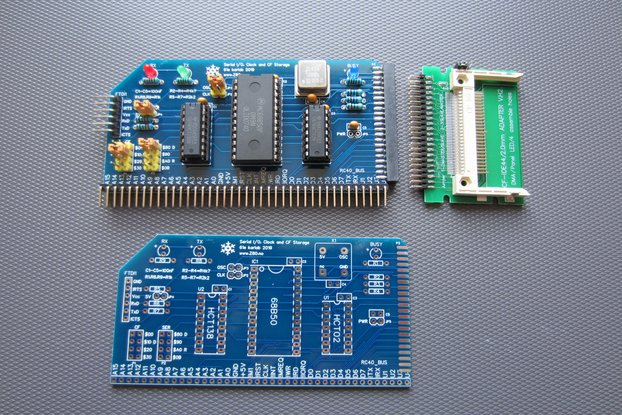