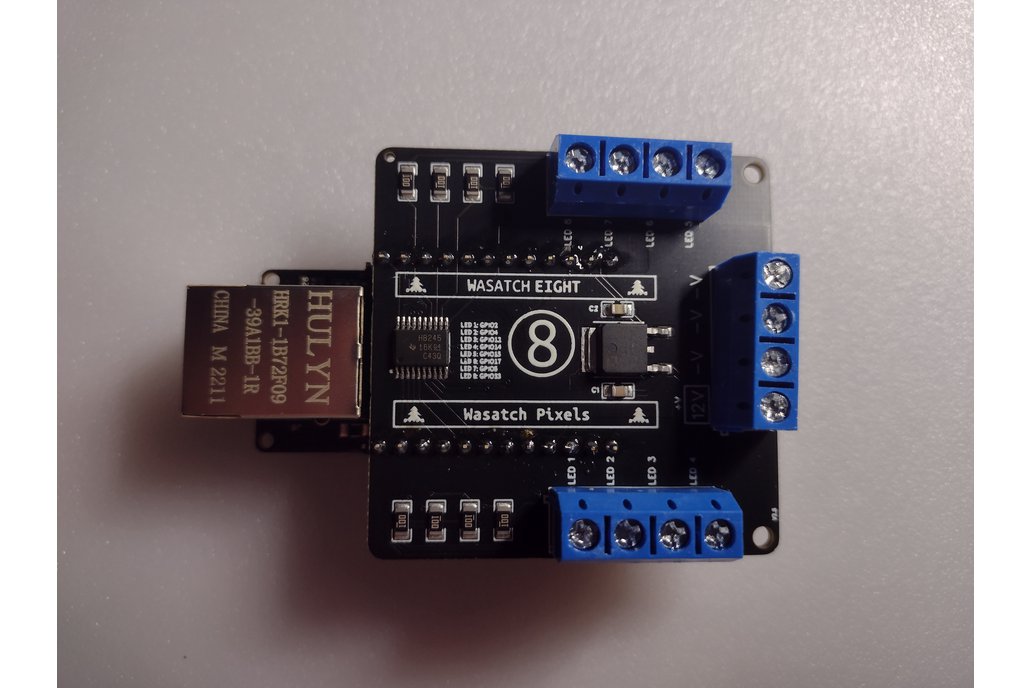 Note: We now have 12V and 5V versions of the board available. If you run 12V pixels, you can order the 12V version and use the same power supply as your pixels without having to use a buck converter or separate power supply to get 5V to the controller. Also available is a 3D printed mount. Make your selection for these in the drop down menu when you add items to your cart.

This is a board to control WS2812, WS2811, WS2815 and various other protocol LED lights. It uses an ESP32-based WT32-ETH01 board with a custom HAT that shifts the 3.3V signals from the ESP32 to 5V signals expected by strings and strips of LEDs. It comes installed with WLED software that supports both Ethernet and WiFi connectivity. This can be used to control simple animations of LED lights as well as receive E1.31 and DDP data for sequenced light shows from programs such as Vixen and xLights and Falcon Player. This board has 8 outputs to control 8 separate light strings.

It is an Ethernet pixel controller that runs WLED and supports high frame rate pixels shows. Unlike dig-uno and dig-quad boards, it has Ethernet built in without extra cost and can support high frame rates without lagging or staggering. It has 8 outputs so you can control up to 8 separate strings of LED lights.

Note: This board needs outputs a data signal to LED lights. It does NOT output the 5V or 12V to power LED lights. It only sends a data signal. You will need to properly connect a power source to your LED strips or strings in addition to connecting data from this board to control the pixels.

12V Power Source: If you have a 12V power supply, order the version that has a voltage regulator built in and avoid having to use a separate power supply or external buck converter to power the board.

WLED is distributed under the MIT License

THE SOFTWARE IS PROVIDED “AS IS”, WITHOUT WARRANTY OF ANY KIND, EXPRESS OR IMPLIED, INCLUDING BUT NOT LIMITED TO THE WARRANTIES OF MERCHANTABILITY, FITNESS FOR A PARTICULAR PURPOSE AND NONINFRINGEMENT. IN NO EVENT SHALL THE AUTHORS OR COPYRIGHT HOLDERS BE LIABLE FOR ANY CLAIM, DAMAGES OR OTHER LIABILITY, WHETHER IN AN ACTION OF CONTRACT, TORT OR OTHERWISE, ARISING FROM, OUT OF OR IN CONNECTION WITH THE SOFTWARE OR THE USE OR OTHER DEALINGS IN THE SOFTWARE.

Enter your email address if you'd like to be notified when Wasatch Pixels Mini Eight Port LED Controller can be shipped to you: 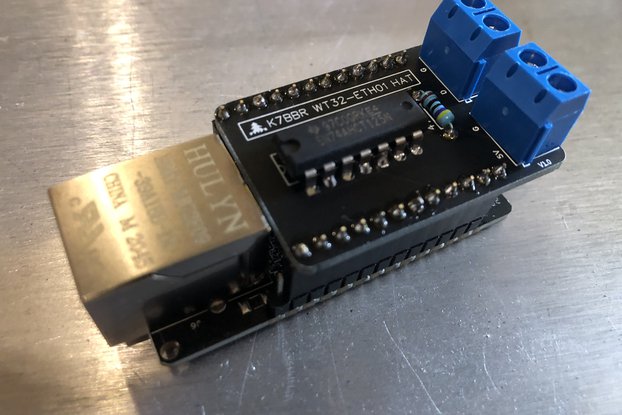 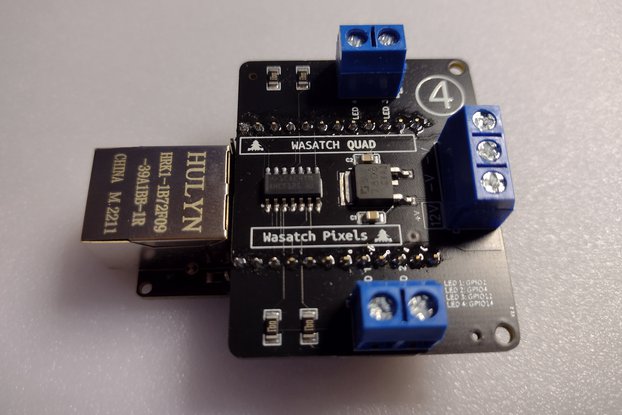 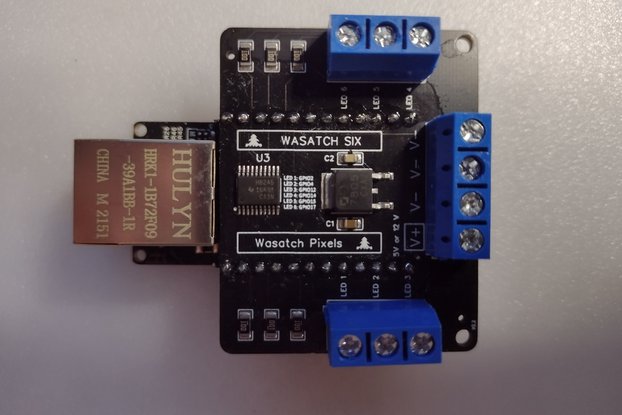 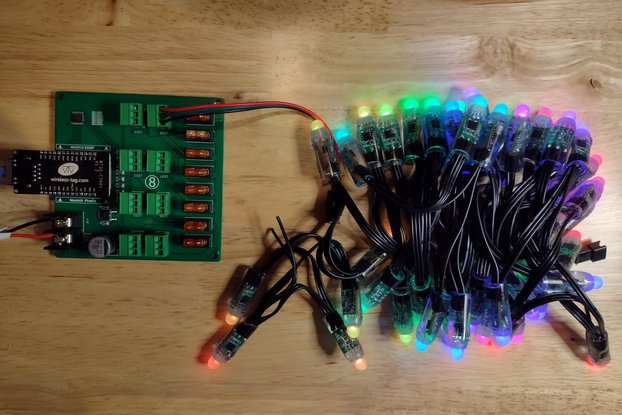 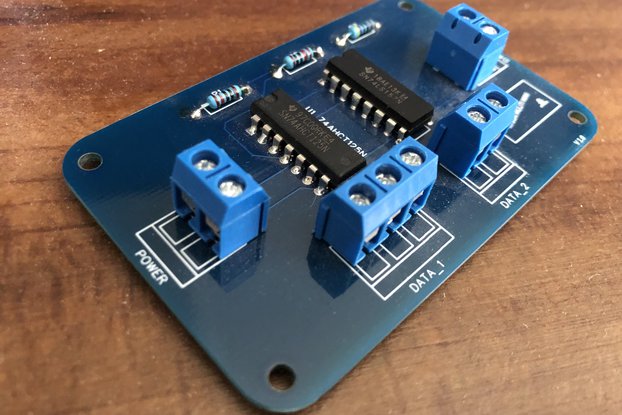