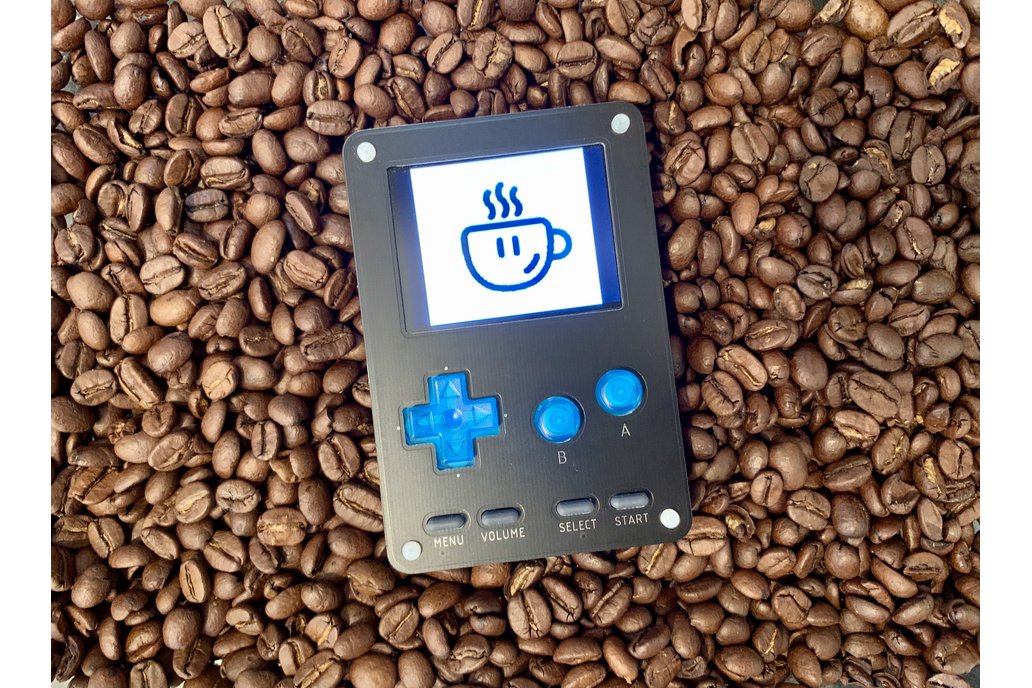 What is Espresso? Espresso is a DIY gaming handheld that uses full-size Game Boy Pocket buttons, a 2.2” screen, an ESP32 module, and 10 layered circuit boards to enclose it all. Its dimensions are ...

Not included in this kit:

The build guide can be found via the links below.

The PCBs and components provided are identical to those used to make the device shown here. I can't provide any guarantees for something that you build. I am not responsible for any duty or import fees and the delivery charge does not cover these charges as I cannot predict their amount.

Enter your email address if you'd like to be notified when Espresso Kit can be shipped to you:

I enjoyed building this kit. The mix of soldering and assembly is very unique. Issues I ran into were when I was flashing the esp32 the instructions for that are a bit poor. A big hold up was a part where you have to manually type in something like "0x00" in one of the boxes. Nothing specifically says to do this it is only pictured. Would also help to mention somewhere that sdxc cards are not supported. Last thing is the instructions on the file structure on the sdcard needs to be more clear. You do not just extract the odroid folder to the card you also have to take the individuals files out of the odroid folder and place them on the root of the card. Oh and for colecovision you have to provide your bios as a .col file and for atari you have to rename the game extensions to .a26 and get a stella firmware to run them. This is a pain because to run atari you put the stella firmware in the firmware folder on the sd card and then while holding b during boot up it gives you the option to flash the stella firmware. Not a dealbreaker but switching between atari and the other consoles is a pain. All this said the system is really cool. I love the instant on capability of the system. If you want to play for a minute or two while waiting in line you really can do that. Its like magic.

Glad you figured it all out, I didn't know about the SDXC cards so thank you for the info.
Have you seen the Retro ESP32 software? https://github.com/retro-esp32/RetroESP32
It supports more emulators and might mean you don't have to switch between firmware

This is a really great handheld. Pretty straight forward assembly. You should have some kind of experience with welding, but you don't have to be a pro. Only minus in this case is that they don't provide you with the buttons. This should be included in the package. Also, it would be nice to have a custom print screen holder/bracket, to avoid gluing it. I am really pleased with the kit and had a lot of fun assembling it :) Of course, playing it is the best part!

Fun little build, looking forward to playing with it more!

The kit was well put together and documented perfectly. Only issues I had with it were related to not lining up the display ribbon cable correctly initially, but it was easily fixed once I realized what was happening. I had a great time putting it together and it seems to play games quite well so far!

Let me start off by saying this is a great product, but you're buying the hardware, any software qualms cant really be sent to Ali as this is just he O-Droid Go firmware in a different chassis, so if you're upset at the lack of a certain console that's not his fault.

Design is stunning, I'm not sure what I was expecting but its much heftier than I was thinking it was going to be, I wouldn't call it a brick but I wouldn't want to drop it on my face at night playing Pokemon.

the mix between SMD and through-hole soldering is about 50/50 IMO just because the ESP32 module itself has so many damn pins, but due to the fact it doesn't use headers, you have to use24AWG wire to hold it in place I found this a bit more tedious. Also, you need some 24AWG solid core wire for this project, it isn't listed in the "things you'll need" section on the site but it is in the build guide, so make sure you pick some up. the SMD stuff I had no issues with, the resistors and caps were fine and the LCD ribbon was a one and done affair.

The only issue I have is the front plate with the silkscreening for the buttons and the cutouts, the one for the D-Pad is seemingly too large, it squiggles and moves around almost a quarter of the width of the D-Pad itself. Ali says this is intentional to stop it binding or getting stuck, and when you're making runs of PCBs I get that, but I think I might scan my faceplate into my computer and model up a slightly tighter faceplate and 3D print it.

A fun to build kit and superb device

I bought an Odroid Go kit a while ago and thoroughly enjoy playing all my old Gameboy and Sega Master system games on it. My only disappointment with it was that it’s sold as a kit and only requires a couple of things plugging in and the case screwing together to finish it. What I wanted was something that would involve pushing myself and be a bit tricky in places. That’s when I stumbled across this Espresso kit. It’s ticks all the boxes. Some of the assembly is slightly tricky if, like me, soldering isn’t something you do regularly. You have to invest time in it, (I’m not sure it could be built in just a few minutes). This, along with the fact that a few components have to be sourced by the builder (it doesn’t come with the lipo battery or the buttons). This gives an opportunity to tailor the device to your own taste and makes it “your own”. The end result is a fantastic device that’s very cleverly designed and looks superb. The instructions are very informative and easy to follow. I had so much fun building it I’m tempted to buy another to repeat the experience!

All around happy with the Espresso Kit, an Odroid Go-like device. Arrived quickly, well packaged (even with a few spares of the tiny SMT parts just in case). The build guide is nicely done, easy to follow (though I really recommend going through it carefully first, since the last part requires a relatively fine soldering tip for mounting the audio module; and also one needs to solder the display's flex cable connector to the PCB directly).

The resulting device is just a pleasure to use: it is stylish and perfect for playing the old games (I get about 5 hours of gameplay on a single charge). I really like that it's possible to adjust the max volume through the potentiometer on the audio module, not just in software. Stacking PCBs to create a case is quite a refreshing idea, though it adds a bit to the weight.
It is overall a very good and clever design!
The only minor drawback I encountered is that in order to take out the micro SD card, one needs to open the case (meaning unscrewing the 4 plastic nuts).

What an awesome DIY project :3 realy love this little device.. easy to build, easy to solder, great documentation.. maybe next version with rpi zero? i would definitely buy it..
many thanks kind sir :)
+ Show 2 more
$50.00 $50.00
Ask a Question 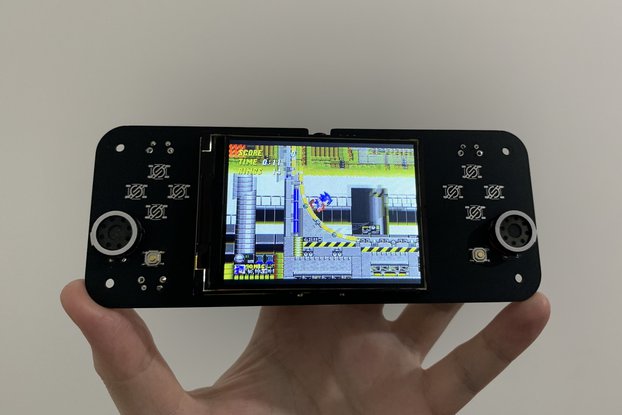 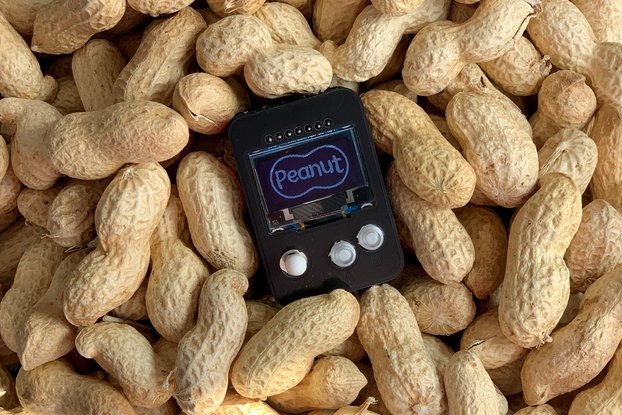 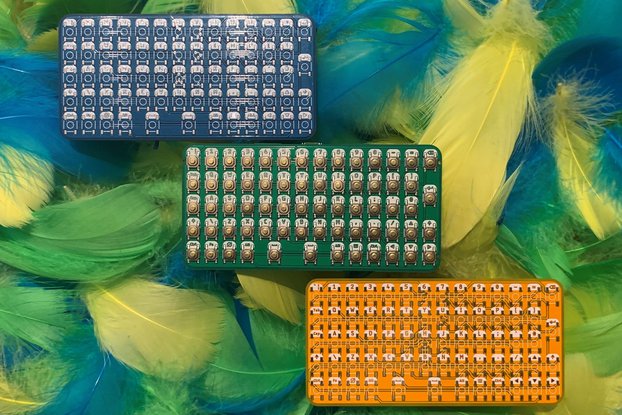 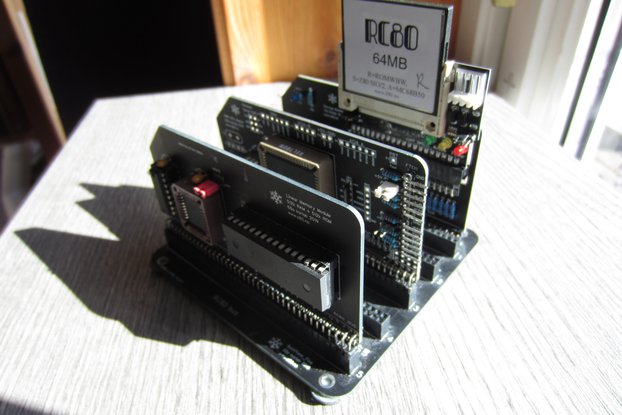 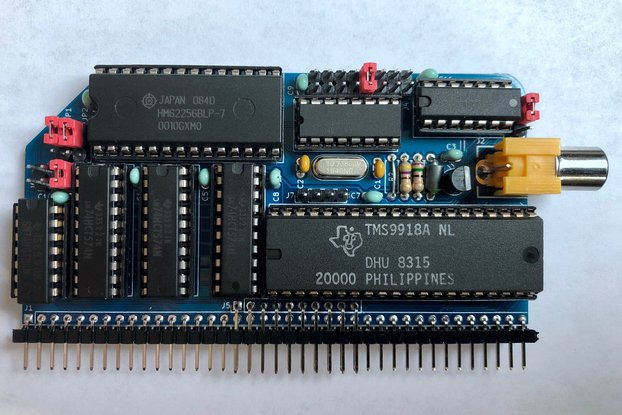 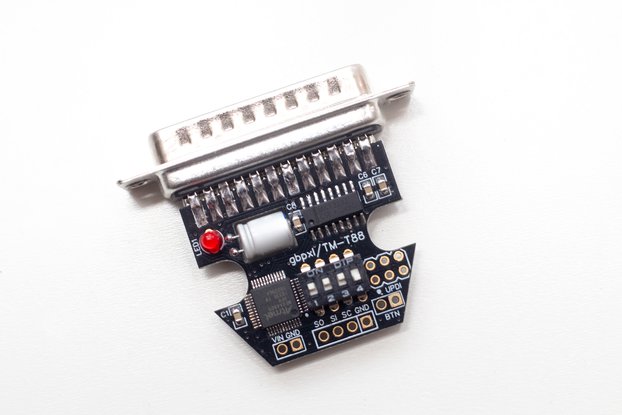 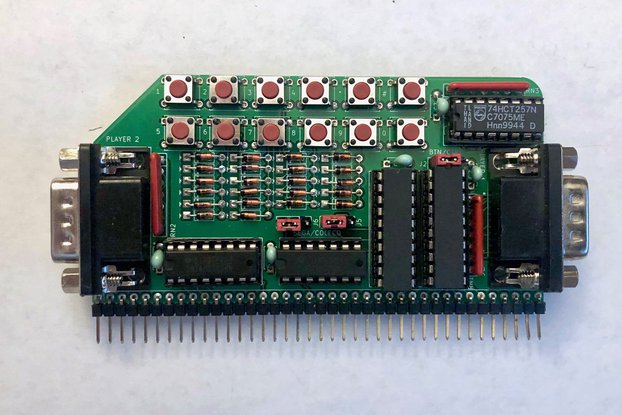