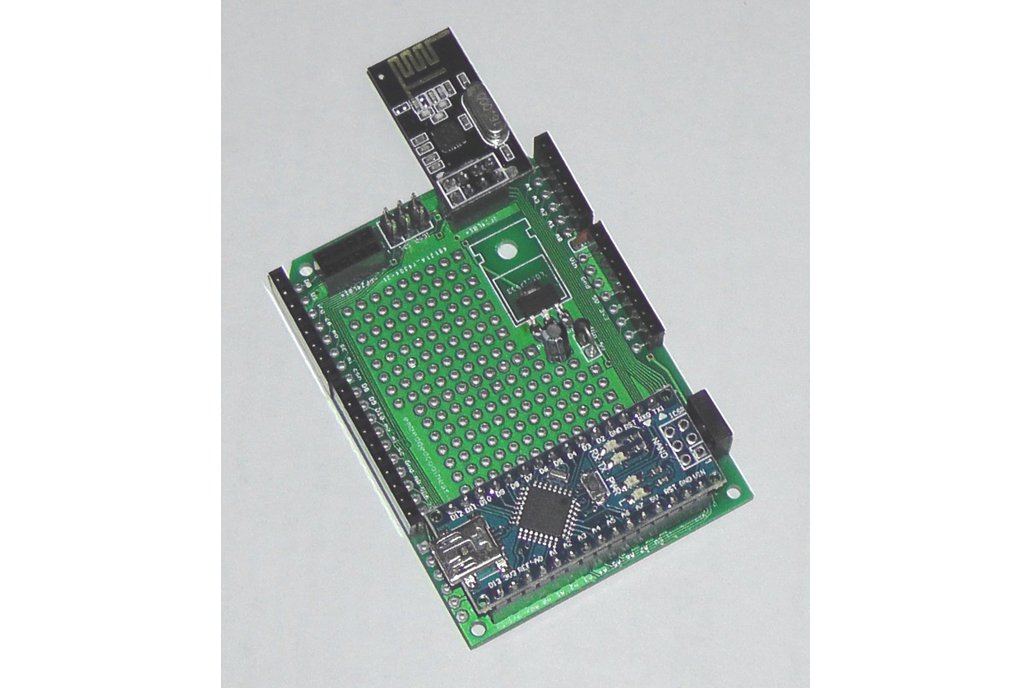 Overview RFX Nano 3.0 carrier board with Arduino shield breakout, prototyping area and nRF24L01+ headers. As Nano V3.0 clones can now be bought from ebay for under $4 (or for not much more than a ...

As Nano V3.0 clones can now be bought from ebay for under $4 (or for not much more than a DIP 328p chip), it makes sense to leverage this exceptional bang/buck ratio into a replacement for inexpensive bare-bones 328p deployment boards. And get USB connectivity and two extra analog input pins thrown in for free!

This Uno-sized (~7cmx5cm) breakout board for the Arduino Nano 3.0 (5V, 16Mhz) is a convenient way to add nRF24L01+ module and Arduino shield compatibility to a Nano project, as well as providing a general purpose breakout board with built-in prototyping area for the Nano 3.0.

Easy assembly using all through-hole components, so no advanced soldering skills or equipment required to assemble this board.

This board was originally designed as part of the Radio For X:duino (RFXduino) project, as a convenient and easy way to add nRF24L01+ module and Arduino shield compatibility to a Nano 3.0 project, as well as providing a general breakout board with built-in prototyping area.

The board's design also makes it useful as a compact general-purpose breakout/prototyping/deployment board for the Nano 3.0, even when the nRF24L01+ radio capability is not required.

The carrier board supports the standard Arduino Uno R3 shield header layout, as well as a second breadboard compatible (i.e., proper 0.1″ pitch grid-aligned) header layout, so you can also easily connect the board to breadboards, or common 50mm (or wider) proto boards.

Carrier board has provision for a 3x2 connection header to the ICSP hardware SPI pins, which is required by some shields if accessing hardware SPI.

Carrier board also has two 8 pin (4×2) headers for plugging in a nRF24L01+ module, one header providing connection to the hardware SPI pins D11-D13, and the other to an alternative set of pins, D4-D6, for a software SPI (“bit banging”) implementation if preferred. IRQ pin is set at D2, CE is D3 and CSN is D7.

All Nano pins are broken out on the headers, including the two extra analog input pins A6 and A7 available on the Nano.

Power can be supplied by 5V micro USB connection directly to Nano, either from a “phone charger” style power supply with a micro USB connector, or USB connection to a computer. This will also power the external 3v3 voltage regulator. (Note: carrier board can accept TO-220 or SOT-223 LD1117v33 regulator packages -- SOT-223 shown in photos above, but TO-220 supplied in kits.)

Alternatively, the 3v3 regulator can be powered directly by e.g., the DC barrel jack connector mounted under the Nano (standard 5/2.1mm size -- refer photos). This has the advantage of bypassing the 500mA USB limitation, if you need higher current available on the 3v3 rail. And the prototyping area gives flexibility for many more possible configurations!

The other advantage of using the stackable headers with shields (even those that would clear the placement of the Nano) is that they also allow clearance for a nRF24L01 module if mounted on the board headers. (Refer to photos.)

So lots of flexibility and configuration options with this carrier board! Combined with the generous prototyping area, this can make deploying of nRF24L01+ enabled projects using a Nano 3.0 faster and neater.

A set of stacking headers is an optional add-on, to provide additional height clearance for shields, as described above.

Another kit add-on is a set of "long pin" male header "gender changer" headers for breadboard connectivity via the secondary grid-aligned headers. (To see how these are designed to work, review this thread. Specifically, reply #7. I'm describing a different RFX board, but the breadboarding set-up described using the grid-aligned headers applies equally this carrier board.)

Finally, a low or high-power nRF24L01+ radio module can also be added as a kit option. Note that in kits, female pin headers supplied in 40-pin strips that need to be cut to length (all instructions supplied). Additional strip included in case of goofs! 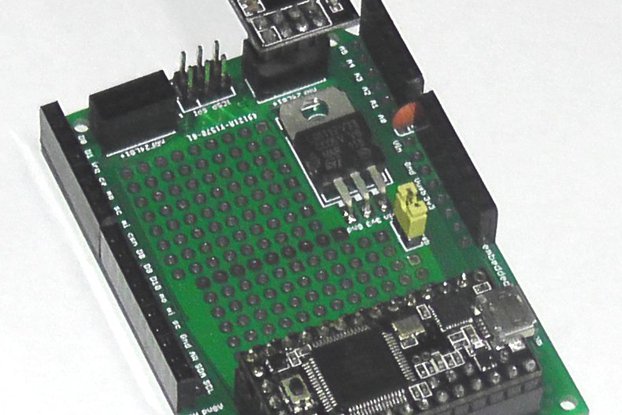 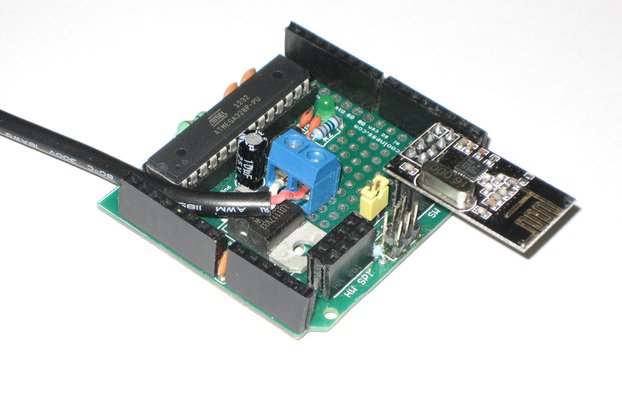 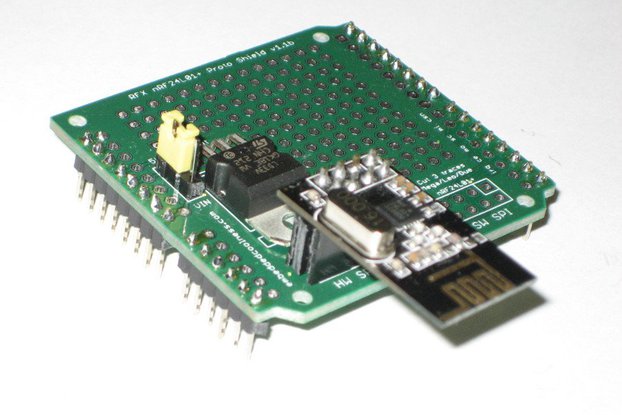 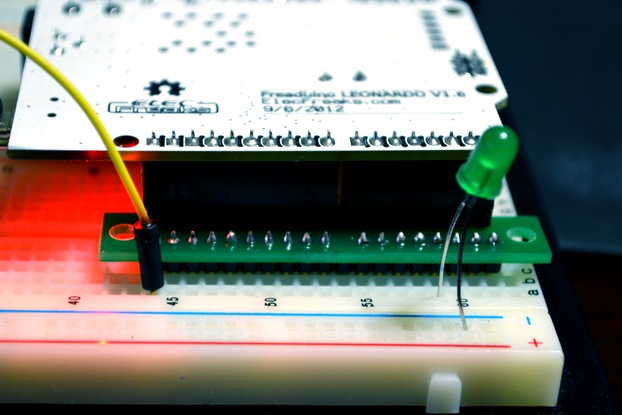 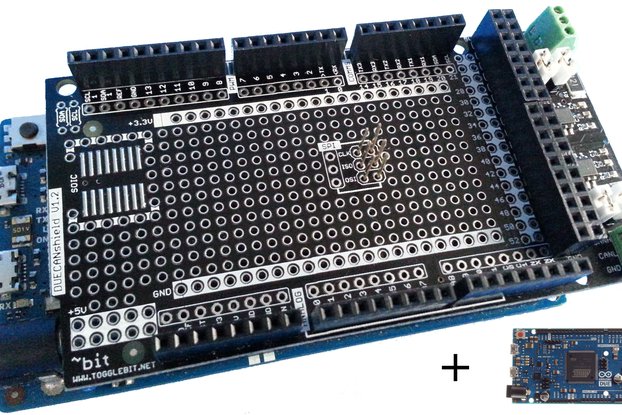 Arduino DUE Dual CAN Kit 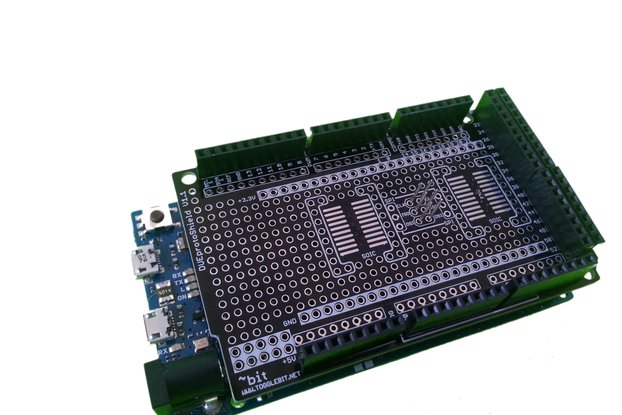 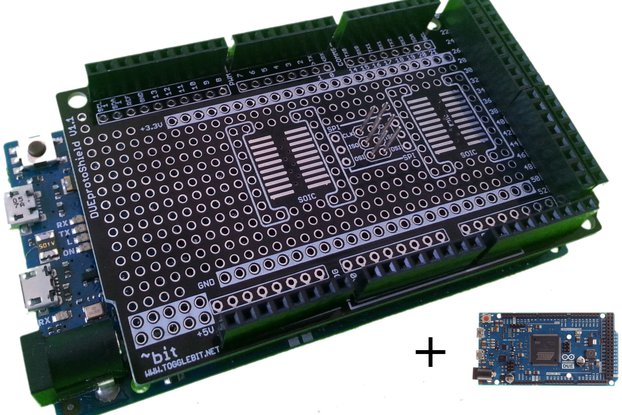