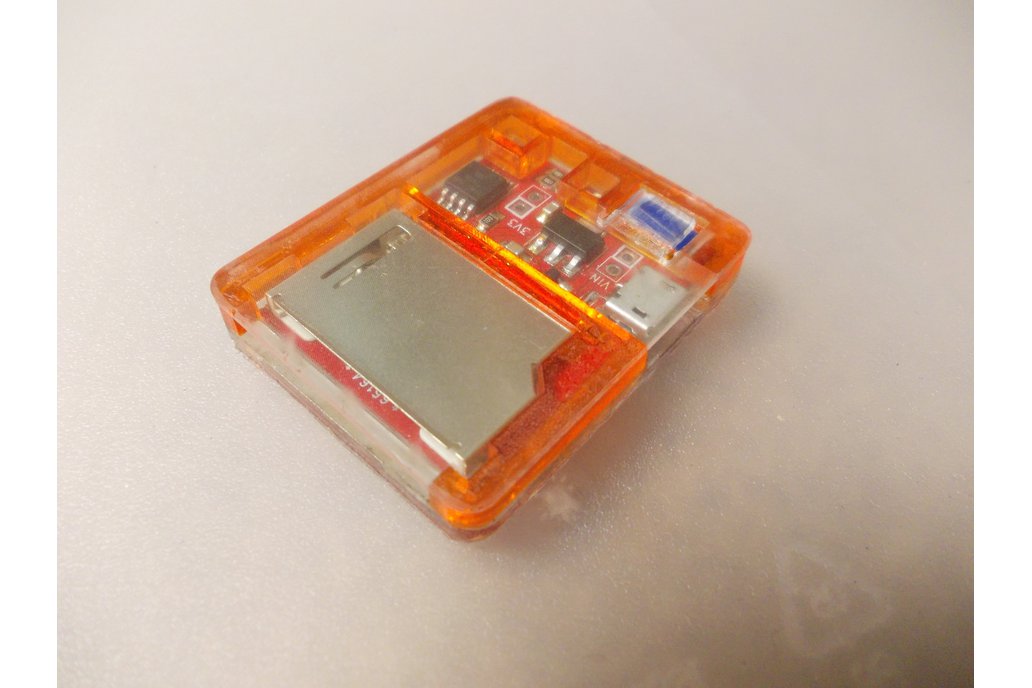 This device was developed by Karl Lunt back in 2013, then improved by Nephiel in 2014. I recently found out it was never sold or mass-manufactured and people are interested in it, so I've designed ...

This device was developed by Karl Lunt back in 2013, then improved by Nephiel in 2014. I recently found out it was never sold or mass-manufactured and people are interested in it, so I've designed a PCB, updated the firmware and assembled a couple of those. Since then, the first batch has been sold out, and I decided to make a new version of the SD locker with some improvements = behold, SD locker v2!

Why does it work?

Larger SD cards have this mechanical "write protect" slide switch on the side, that you can switch and the card reader can check. However, that switch is more useless than useful, since 1) not all readers support it 2) the OS can ignore it 3) it obviously doesn't apply to MicroSD cards 4) the switch tends to slide accidentally (or fall out of the SD card altogether) when you have no intention of enabling write protection.

There exists a much more reliable method to lock the SD cards - the one this device is designed to use. The controller chips inside the SD cards (of all sizes, whether full-size or MicroSD) are required by the SD card standard to support a low-level command that locks the card into a read-only mode, preventing any changes - either temporarily (can be switched back to read-write) or even permanently (without a way to ever restore the write capability). This device has an ATTiny85 chip can send such a low-level command - this chip connects to the SD card, reads the lock status, shows it using the LED and allows you to toggle the lock status using the button. It supports both temporary and permanent SD card locking, too! Don't worry, I designed the permanent lock capability to be hard to trigger on accident.

Each device is tested by me (on both SDSC and SDHC cards) before I send it out, and is designed so that you don't accidentally PERM-lock the card. Having taken these precautions, I am not liable for any SD cards you accidentally lock permanently, or any SD cards that may break as a result of using this device.

Fast delivery, good description, good packing. I'm very satisfied with what I got and to what price.

I ordered two of these SD-card lockers, and twiddled my thumbs for a few days until the package with the devices arrived.

I immediately connected one to a micro USB for power, and tested them on a micro SD card.
That micro SD card now has a song called 'Starlight' on it, until the end of its life.

The documentation of how it works is on the back of the device. You can't miss it, can't lose it.
The product itself is small and easy to transport.
A flashy sticker on the top side makes it easy to spot, but it's likely a good idea to keep that micro USB cable attached so you don't lose it.

The seller communicated clearly when the product was ready for shipping, and sent me a tracking code which greatly enhanced the precision of my anticipation.

Absolutely nobody you know has this device.
It is cheap, does what it needs to do well, and helps any company or mission that wants to distribute information in a non-networked way.
It's Christmas soon, just saying.

Hey! Thank you for your review! A small correction - at the moment, the documentation for locker use isn't actually printed on the back of the device, instead, it's printed on a leaflet that I put inside the package. However, to think of it, having it printed on the back of the locker itself (both on the PCB and on the bottom of the case) is a great idea! I'm ordering a batch of new, improved, SD locker PCBs now and will be building about 20pcs of these, and now it seems I also will be ordering documentation stickers I'll be putting on the bottom of the case.

Also, I don't think you should keep the locker with the cable plugged in (if that's what you meant by 'attached'). If you push a MicroUSB plug upwards/downwards with force while it's inserted into the locker, you might stress the MicroUSB port and have it eventually break off the PCB, rendering the locker unusable until the port is re-soldered - at the moment, you need to disassemble the case for that, so it's a hassle you'll want to avoid. I've noticed this problem a week ago when using these same MicroUSB ports on another product of mine - the next revision will have either a reinforced MicroUSB port or some kind of reinforcement built into the case. If you (or anybody else that's purchased a locker of this revision) have this problem, let me know your address (use the arsenijs at zerophone dot org email) and I will send a replacement locker at no cost.

Hope will do repeat order. Really appreciate it.

Does exactly what it says

Good communication from seller. It came when he said it would and works as advertised. Very satisfied.

A battery powered SD Card locker for setting the write protection flag in a SD Card or, with adapter in mini SD Card or micro SD card.
Perfect communication and perfect delivery. Thank you very much! 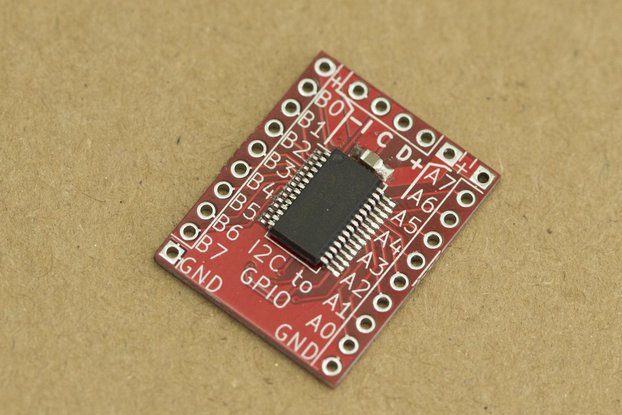 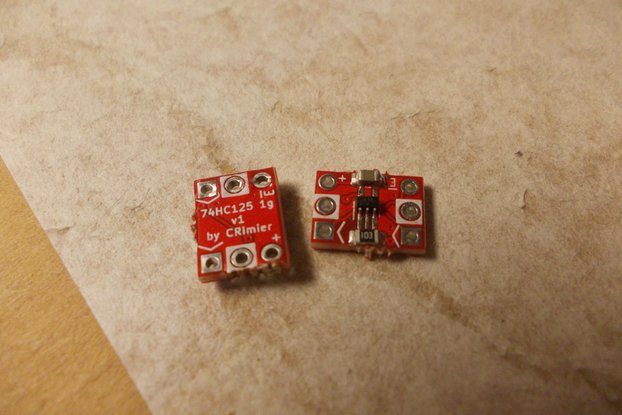 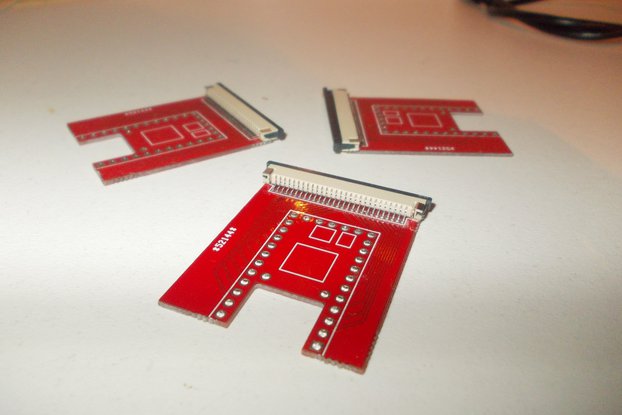 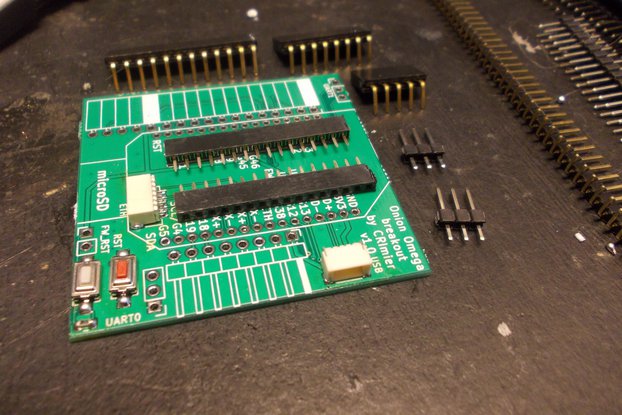 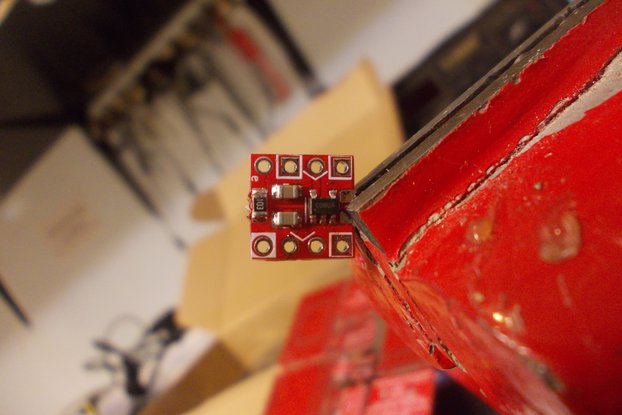 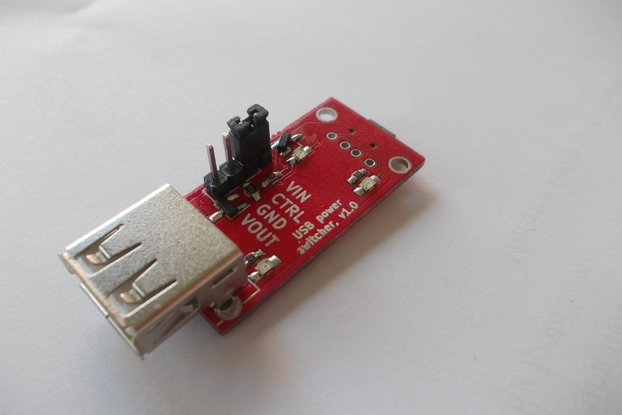 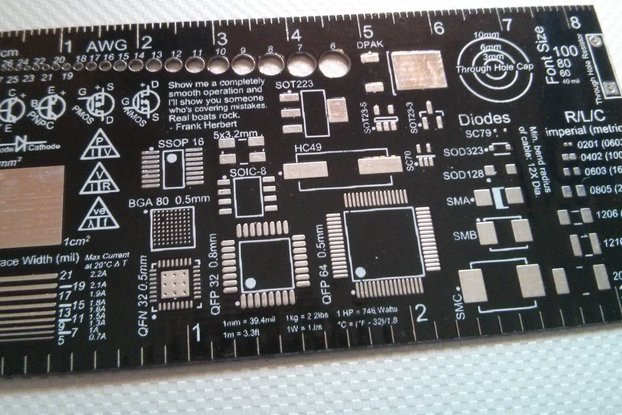 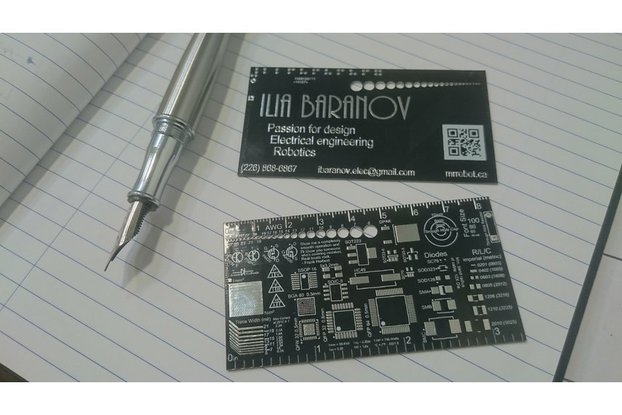 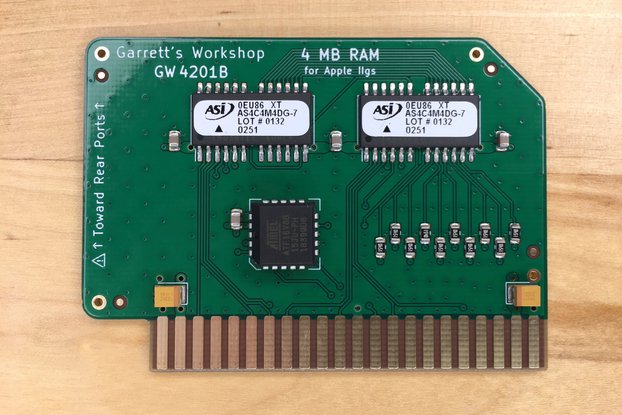 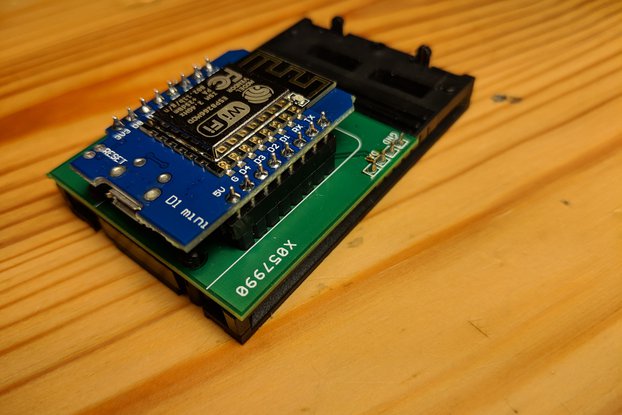