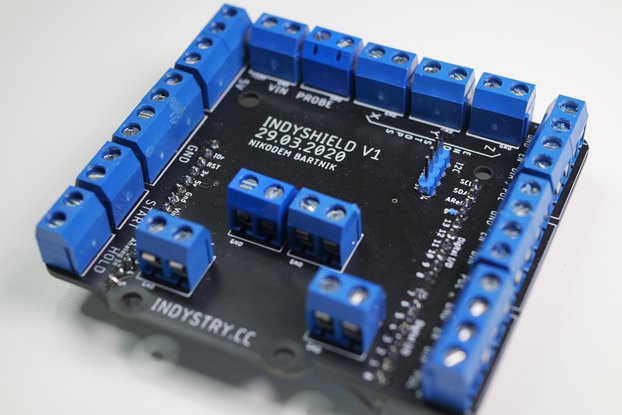 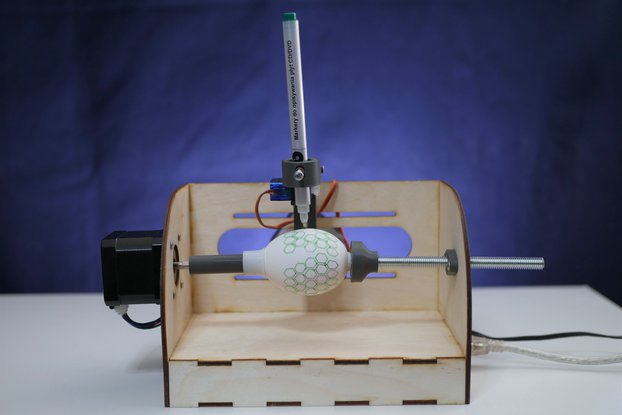 My name is Nikodem Bartnik. I am maker so I like making things, making everything, but mainly electronics, robots, programs (applications, games and robots soft) for some time I also play with 3D printing. Everything that I made is public on the internet, on my youtube channel and on instructables. I recently set up Facebook fanpage so if you want to be up to date with what I am doing, or just support my work, go there and push that like button. If you are searching for more pro info about me check out my LinkedIn profile.

Project that I am most proud of is drone made from scratch by me, literally everything in this project is made by me. It was a huge challenge for me, but I like challenges, I am addicted to them :) Ludwik (that’s the name of my drone) won 3 prizes in international contests, 2 in Poland and a lot of people like this project a lot, huge thanks to them!

FollowBot it’s a robot that follows red objects i.e. ball. It do it by android app that I write (yes, I also program in java, sorry) it recognize red objects and drive to robot to be in same distance from the object. Sounds simple? Nothing more wrong! As with the drone, huge huge challenge for me, but I didn’t give up, only weak people are giving up!

All of my construction together won 10 contests 7 from that was international. They were published on famous sites like Make Magazine, Adafruit, Atmel Makers, Arduino.cc. On instructables I have 872 000 views and on my youtube channel 338 000 views.

I received the product on time. Everything as described. The product looks great. I recommend a very good good seller.

Due to the new update of grbl u will need to wire your shield a bit different than normal, to find the exact details you can go to nikodems youtube channel. Overall good quality not too hard to assemble (if you buy screw on terminals etc separately, they are not included as stated with the product). I had a problem where I didn't solder good enough bout you can check where the faulty solder is by using a multi meter and the github page of grbl where they explain what pin does what. My apologies if my English isn't good.

The IndyShield is well made, and looks very professional. Fits perfectly! I would recommend this board.

Great design, but not a kit

The board design itself is pretty good, minus the swapped pins for the GRBL Z-axis limit switch and the "Spin_E" pin. Apparently there were pin changes in the latest GRBL.

Improvements would be: an actual arduino reset button on the shield, more standard I2C pinout so I can wire in a sparkfun qwiic adapter shield with pin headers, and documentation for those of us who have never used GRBL and what each pin actually does.

Despite thinking this was a kit it was not. The stock assembled photo should have that embedded in the photo that it is just for reference as I did not read the description. Also, the pin spacing for the screw terminals was not known until i opened up EagleCAD and googled part numbers.

Advice: next time get rid of just the pcb and make this a full kit. Or at least have two options. Also let us know we need the long Male pinheaders.

Otherwise, great little board, seems to be working with an arduino 328p.

Very clean PCB and easy to put together

The product was exactly what I needed, the video's on Nikodem's channel are great for piecing it together and seeing what you'll need. There are a few people unsure if it comes assembled, the picture is for assembly purposes only! It is an empty PCB, the parts are cheap and easy to assemble, no SMD parts, only THT. It has greatly reduced the cable madness and mess for the CNC I am trying to build and added a level of professionality to the project. I will probably grab some more in the future because I would like to make more and this handles a lot of the mess.