NOTICE 3/18: Due to the 5.7 magnitude earthquake in Magna, UT this morning (we are < 15 min from epicenter) we will not be processing shipments until returning home this week. 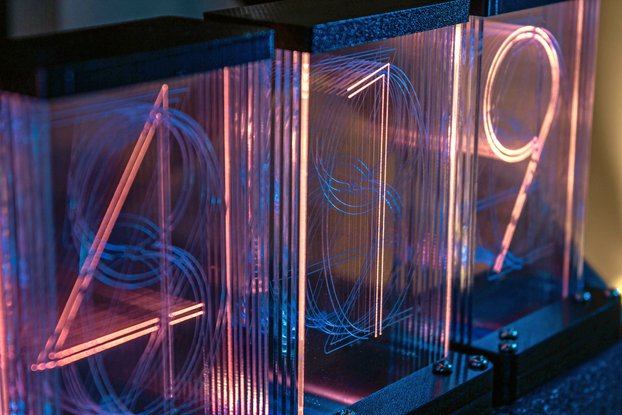 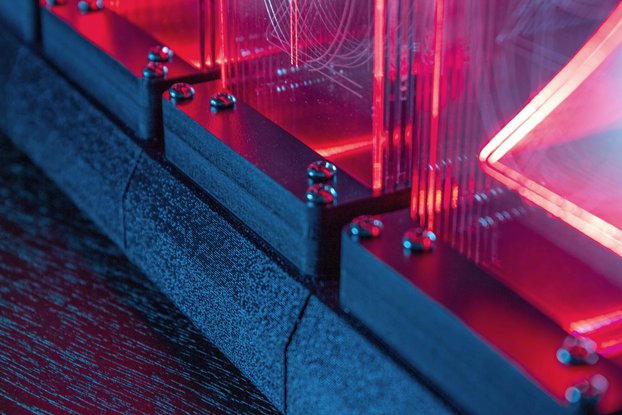 Powered Base Kit - for Lixie II

I'm a bit of a cheapass. You might know me from adding both motion detection and 10-bit volume control to Arduino with NO components.

We (as the seller) CANNOT be held liable for the postal carrier's treatment of your package. If they lose, or otherwise damage your order, this was a failure on their part, not ours. USPS is open to financial relief for damage/stolen claims.

Loved it! Fun build and a great conversation piece! I thought it would be difficult but the end code worked great and now the Lixie Clock sits in my place, as it should. ;)

I was a big fan of the original lixie design. A sleek, modern, compacted look. I bought 6 of them to start and was immediately a big fan (despite issues with the structural integrity of the part). This new lixie 2.0 has left me less than pleased. They instead made the pcb and overall lixie part structure bulkier and added a thicker period/dot as an extra acrylic panel. Never truly understood the point of this. If I wanted a customizable panel, I could've just replaced one of the digits with my own printed design. Also, while the hot-swappable acrylic panels were nice in theory, they fail in practice. They look misaligned every time they are on the stand which lends itself to a less uniform look. Lixie 2.0 is definitely more difficult to prototype with and use. On top of it all, they seemed to pretty much END production of the original design. I wanted to buy a couple more Lixie 1.0's but they apparently are no longer making them and just dropped support for it all without any warning.

And don't get me even started on the documentation available. The Github repo's for Lixie 2.0 hasn't been updated in months and emailing the Lixie Lab team will often yield little to no response. Honestly, with the price of building a 6+ digit display which goes up to $200+ in parts and the lackluster support I get from the team, it's just not worth it. Next time I work on/try to build a LED Nixie display, I will not be turning to Lixie Labs to purchase a kit. I'd probably be better off designing my own or buying the other acrylic display kits that exist on the market.

It would be nice to hopefully get a reply from Connor.

I have taken the 2 apart and it looks like they have already been tried to be fixed.

What I am hoping for is some direction on how to determine whats wrong so I can fix them. I don't want to return them, just want to fix them

I'm so sorry to hear this, Robert! Please email us at lixielabs@gmail.com with your original Order Number and some photos if possible, and I'll be able to help quite quickly! If we can't figure it out together, I'll just mail you some new boards!

The Lixies arrived in a couple of weeks which was pretty good to get them all the way to the UK. I had them up and running in no time with an ESP8266 - although I needed to step up the data voltage to 5V with a logic level converter which I got from Sparkfun. One had arrived damaged but Connor was happy to send me a replacement after I'd sent back the original (and he kindly included a Wemos D1 Mini too).

Now I have all six working, they look absolutely fantastic.

As other reviewers have mentioned, they are quite delicate so I am keen to make some sort of case to protect; and that's going to be the only hard bit!

THIS REVIEW WAS FOR THE ORIGINAL LIXIE, NOT THE "NEW LIXIE II"
I have no idea why the title was changed to LixieII.

I ordered 6 of these and will probably use them to build a clock. They arrived here (USA) in 8 days, which I consider decent for something that's probably built to order. They were packaged quite well and were not damaged in transit.

Build quality is great. I didn't have any of the quality issues that some earlier reviewers experienced. The units are inherently somewhat fragile but nothing was falling apart or misaligned or anything. All acrylic parts are clean and clear, no film remnants at all, no finger prints, no dust.

I got all 6 hooked up to an Uno and running some test routines in less than 30 minutes. Couldn't be any simpler: daisy chain power and ground to all units, run the data line into the first one, then chain Data Out (DO) to next unit's Data In (DI) all down the line. Load up some code in the Uno and everything just works. Others have reported problems with certain color LEDs not lighting on some digits, I had no such problems. All LEDs on all digits of all units look healthy.

The library documentation is pretty minimal and leaves you to make assumptions. I've already had to go into the source a couple times for clarification on how things work, which might make non-programmers rather unhappy. For example, filling the display with zeroes ("000000") doesn't work the way you might think it would.

I will nitpick one small thing: some of the nuts on the machine screws that hold the displays together were loose out of the box. Probably vibrated loose in transit. It's not a big deal to tighten them back up but this could have been avoided by putting star washers under the nuts at a cost of about $0.10 per display.

PS - it forced me to rate Communication even though I've had no need to communicate with the seller. So I don't know if he deserves the 5 stars I gave him or not.