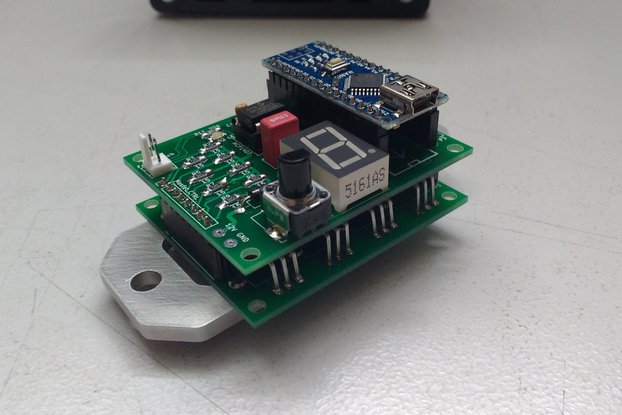 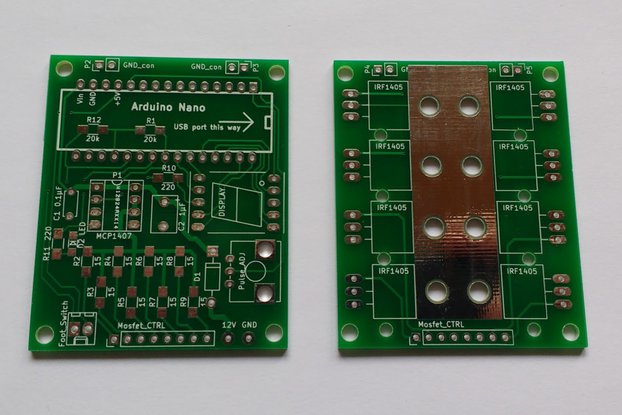 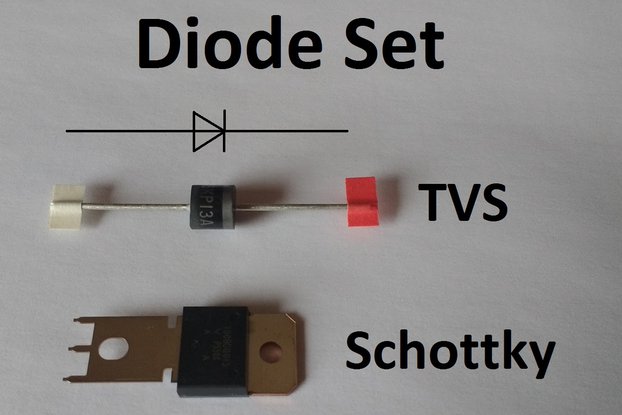 I'm a RC enthusiast and maker who loves to build and invent new things.

Great spot welder, easy to install and works like a charm

The spot welder is pretty easy and straight forward to set up. I got the parts (prebuilt kit + diode set) , bought some car battery clamps and set the whole thing up with a used 45Ah car battery that still had some life in it.
The setup was pretty much exactly like in the video. I got the thing working right off the bat, but the welds were pretty crappy at first. I'm assuming that was because of the car battery being used and worn down. Nontheless I downloaded the Arduino code and just adjusted the welding time in one of the first lines to a higher number.

Now the welds work great, look great and do exactly wha they're supposed to do.
The soldering points and general quality of the prebuilt PCB look great as well. I wish I would've invested in one of these way earlier, instead of wasting money trying to build a spot welder with a super capacitor that essentially cost the same.

5 star review and a recommendation for anyone who's looking to build their own battery packs with this thing.

Good quality PCB and low cost shiping fee, overall very satisfied with this seler I will carefully follow all his DIY projects couse of very detailed and exact description and good explanation. And yes I will recommend to everyone to buy this PCB.

Blank Spot Welder PC boards (pair) were delivered without damage. Can't wait to assemble them and try it out.

I haven't soldered the components on the board yet (because the MOSFETs are really expensive in Canada), so I cannot speak of how the spot welder works yet. What I can say is that the pcb is really nice.
I will be using an arduino nano from RobotDyn (Aliexpress seller) who makes and sells really nice quality boards.

Thank you again, I am really happy I was able to get the PCB from you!

Does what is should do. After tweeking the settings, the spot welds are tight.
Maybe a feet switch should be included. I could buy it at a local electronic shop for cheap and the car battery was present.
A better instruction is necessary because without the youtube film you can connect it the wrong way. Once you know it, it's simple. A simple sketch would be enough.