The Analog Style LED Clock uses 180 LEDs to display the time, much like the hands of a traditional analog clock. 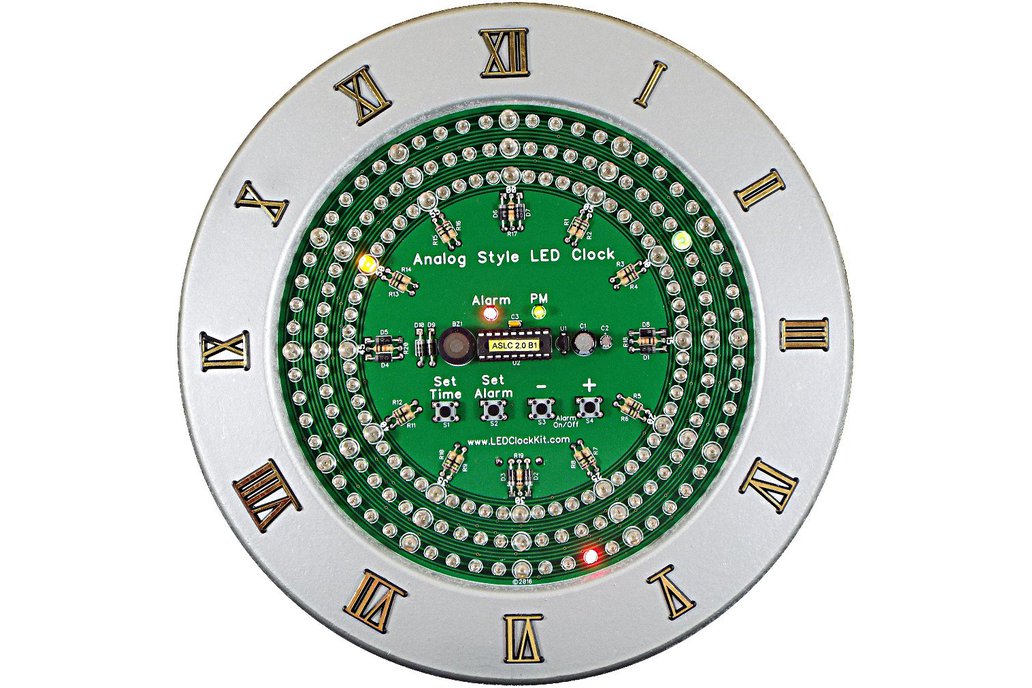 Out of stock here on Tindie? The kit is also available at the Nut and Volts store. Order here: store.nutsvolts.com/project-kits/sku15871

The Analog Style LED Clock uses 180 LEDs to display the time, much like the hands of a traditional analog clock.

The Analog Style LED Clock is now featured on the cover of the March 2018 issue of Nuts and Volts magazine!!! Check it out!

The Analog Style LED Clock uses 180 LEDs to display the time, much like the hands of a traditional analog clock. The clock also features an alarm. An additional LED indicates the alarm status and another LED indicates PM. Four pushbuttons allow you to set the clock and alarm. The clock uses the 50 or 60 Hz from the electric utility to keep accurate time.

The kit contains all the parts to build the clock, including printed PCB, programmed microcontroller and other components, solder, and frame. The frame has a built-in hanger so that it can be hung on a nail, screw or small hook. A full-color assembly, operation, and technical manual, complete with the theory of operation, schematics, and drawings can be downloaded here. (Please note, a printed manual is no longer included in the kit.)

This product is a kit and requires assembly. NEW: If you choose the “Assembled PCB” option, no soldering will be required! You will still need to paint the frame, attach the numbers and install the PCB into it.

Tools required to assemble the clock include a soldering iron, wire clippers, multimeter, tweezers, and a #2 Philips screwdriver. Additional tools could come in handy as well — for example, eye loupe, solder sucker, or wire strippers. See the user's manual for more details.

The frame will need to be painted and numbers applied. A set of Arabic Numerals and a set of Roman Numerals are included. Paint is not included. You can use spray paint of your choice of color. See the Photo Gallery Page of my website for other options and ideas.

The clock was originally designed as my Senior Project to complete my Electrical Engineering Degree. A number of years ago, I remember reading about a technique to individually control a large number of LEDs with a relatively small number of I/O lines. I immediately thought a good use of this technique would be to make a clock with 180 LEDs. It would have 60 LEDs each for seconds, minutes and hours (which would increment every 12 minutes). It never became much more than an idea in the back of my mind until I suggested it to my instructor for my Senior Project. He responded that he would accept the proposal if I added an alarm feature.

One of the design goals was to use the minimum number of parts to control the clock and a microcontroller with the smallest pin count possible. The clock has a total of 182 LEDs and a buzzer ... all driven by just an 18-pin microcontroller! Plus the controller monitors the 4 pushbuttons and the 50 or 60 Hz line. No other logic, I/O or driving circuits are used. How is this possible? It is all explained in the user's manual!

Kits are in stock and typically ship within two (2) business days for UPS (lower 48 states) or within five (5) business days for USPS (international, AK, HI and US possessions). Please allow an additional week to ship if you choose the “Assembled PCB” option.

I love this clock it's beautiful and amazing

Instructions were clear and precise it took me about 2 hours to construct but I took a break in between I get compliments from everyone that visit they are amazed at its operation I wish it had a pendulum
$119.95 $119.95
Ask a Question 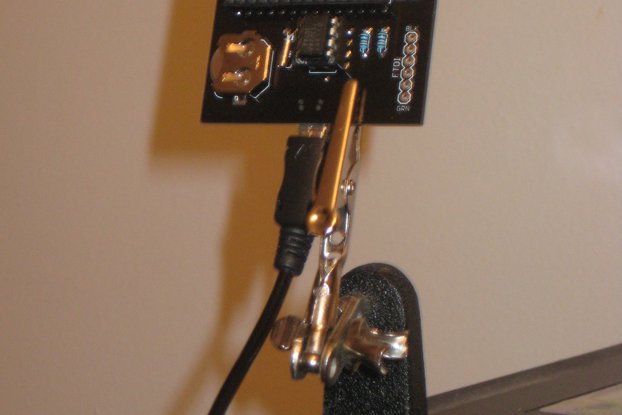 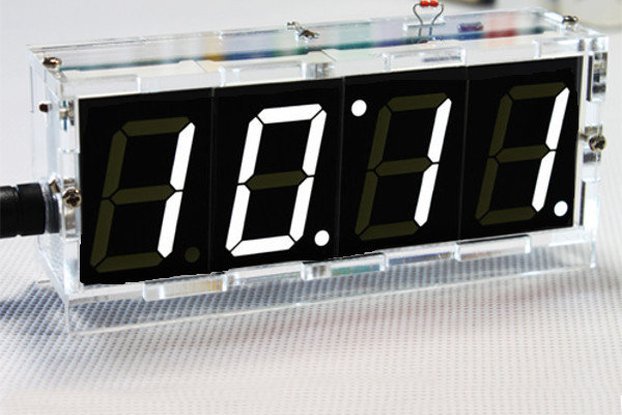 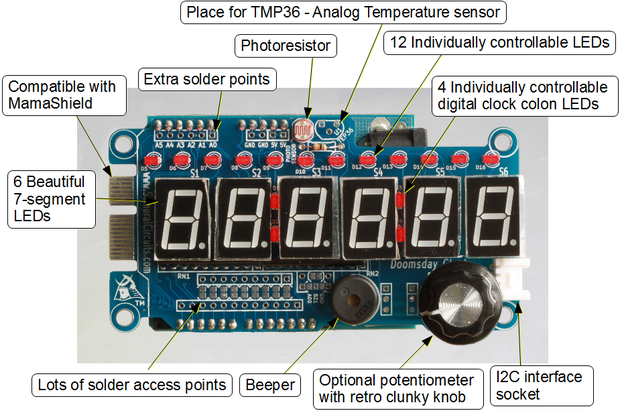 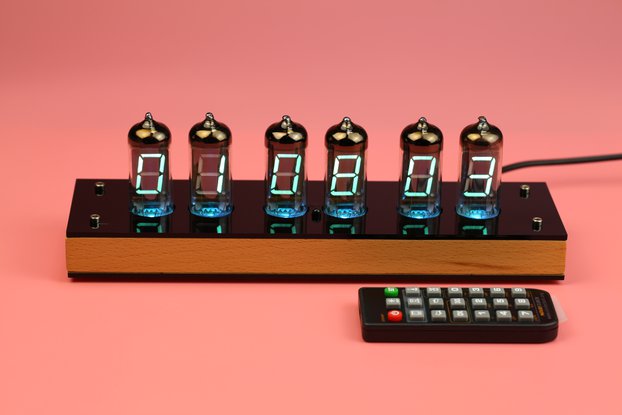