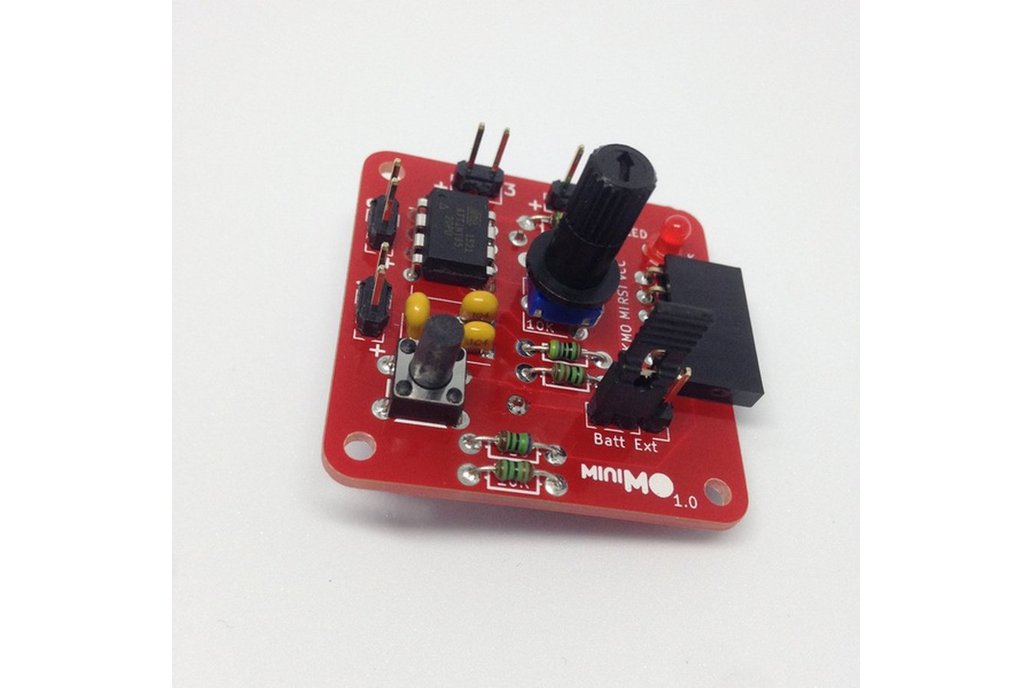 Attention! If you have a Mac running Catalina, there's no way at the moment to program miniMOs from it (unless you virtualize an older OS). I'll be looking into this shortly. - nov27, 2019 miniMO is …

Attention! If you have a Mac running Catalina, there's no way at the moment to program miniMOs from it (unless you virtualize an older OS). I'll be looking into this shortly. - nov27, 2019

miniMO is an 8-bit synthesizer Modular synth built around the ATtiny85 processor, a relative of the popular Arduino. All miniMOs are identical; you load them with different programs according to the system you want to make. If you have three modules, you can program them to be three oscillators, or two oscillators and a filter, or a sequencer, an oscillator and an envelope generator, or any other configuration that suits your fancy.

miniMO takes power either from a single CR2032 cell battery or from an external source up to 5V; you can switch sources via a handy long jumper that doubles as an ON/OFF switch if you're only using one. By default the processor runs at 8MHz, which is the recommended speed for battery powered operation, but it can be changed in software to run at 16MHz.

You can program a miniMO with an ISP programmer, or very easily using an Arduino. Your purchase includes a header that makes plugging miniMO to an Arduino a breeze, and once the miniMO is connected, you can use and reprogram it on the fly. To make the most of miniMO, we recommend having an Arduino UNO or similar, but we sell all the modules with the processor already programmed so that you can start having fun right away!

The modules make the most of the ATtiny, including a potentiometer and push button as inputs, a LED for visual output, and four configurable ports:

miniMO comes either as an easy-to-solder kit or assembled and ready to go.

By default, all miniMOs come programmed as an Oscillator. If you would like to receive your miniMOs loaded with different programs, please send me a note with your preferences.

Enter your email address if you'd like to be notified when miniMO synth module - Assembled can be shipped to you: 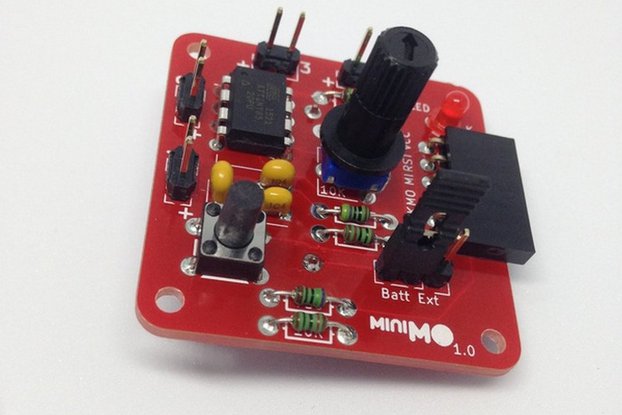 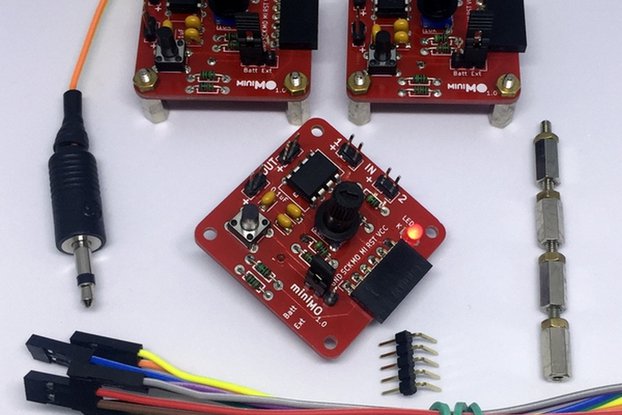 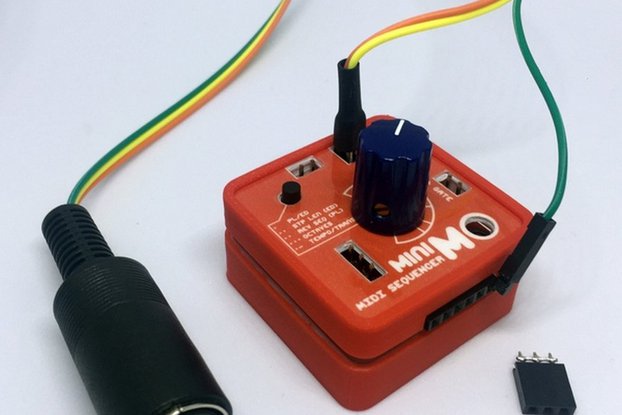 MIDI Out Accessory Set for miniMO 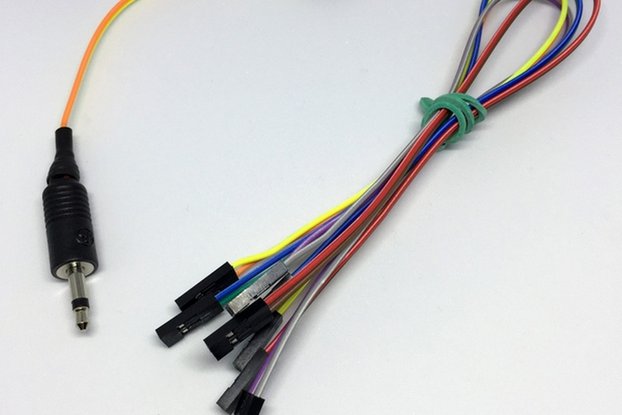 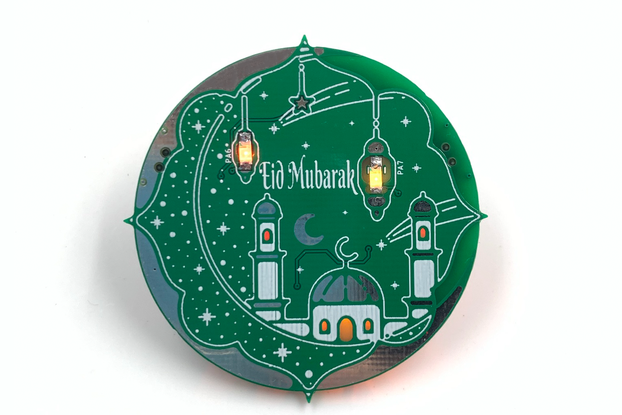 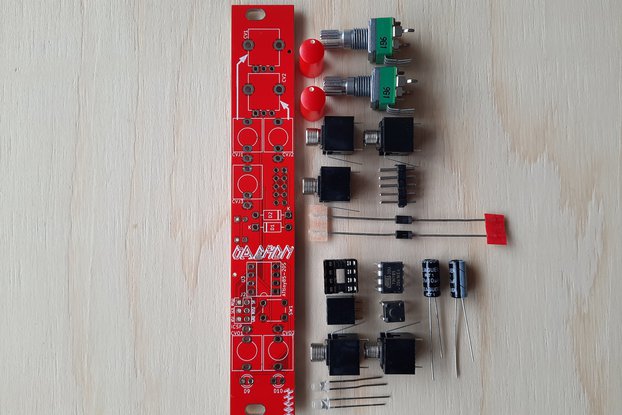