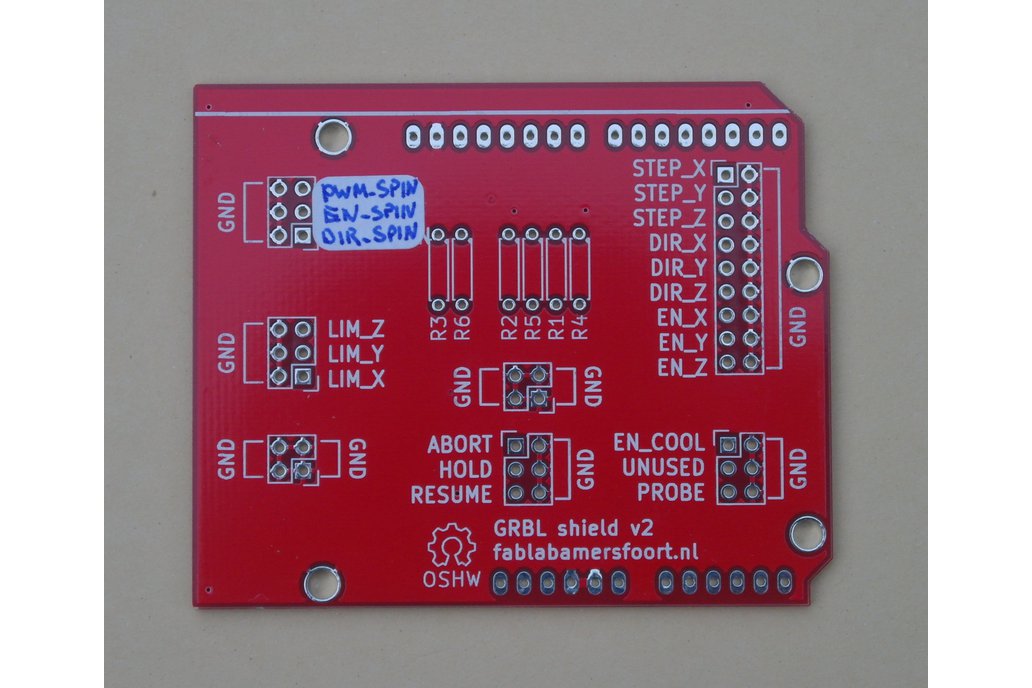 What is it? This is a PCB to be mounted on top of an Arduino Uno (or similar), and allows easily connecting the Arduino to various components in a CNC mill (e.g. stepper drivers, limit switches, spin…

This is a PCB to be mounted on top of an Arduino Uno (or similar), and allows easily connecting the Arduino to various components in a CNC mill (e.g. stepper drivers, limit switches, spindle controller, etc.). This shield is intended to be used with the Grbl software running on the Arduino, and the pinout of the shield matches the default Grbl layout.

The reason for developing this shield, instead of using an existing shield, is that this shield has filtering applied to the limit pins to allow more robust operation in a noisy environment (at Fablab Amersfoort, our limit switches were picking up noise from the parallel running spindle power wires). Also, this shield only breaks out pins, it does not include any stepper drivers as most others do (since we use big steppers that need big, separate stepper drivers, as shown on one of the images).

This listing is for a bare PCB only. See below for the components you will additionally need. If you are interested in a kit (board plus needed components) or fully assembled board, let me know and I'll consider adding an option for that.

Why did I build it?

At Fablab Amersfoort, we built a big CNC mill, which needed to be controlled. Originally, this used a bit of protoboard with screw terminals. Then I designed this board and milled the single-sided v1 version on a smaller CNC mill we have there. After a while, some connection broke down, so I improved the design to a v2 to be produced professionally.

I ordered some boards at Seeedstudio, but since the minimum order quantity for the PCB was 5 pieces, I have a few spare boards that I'm happy to sell.

When this shield was designed, Grbl was considering to switch to a slightly different pinout in v0.9, to allow speed control on the spindle (which needs a PWM pin). At that time, it was not clear if the new pinout would indeed become the standard one, so a solder jumper was added to choose between both pinouts.

Note that these boards have a small error in the silkscreen: PWM_SPIN and DIR_SPIN were accidentally reversed. I've corrected this on a small label, as seen in the image.

Enter your email address if you'd like to be notified when Grbl CNC router shield for Arduino can be shipped to you: 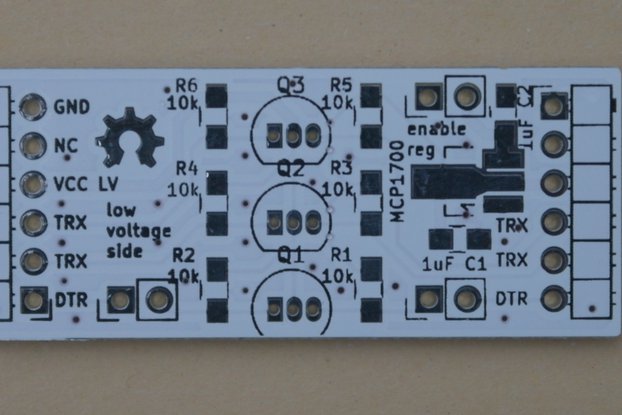 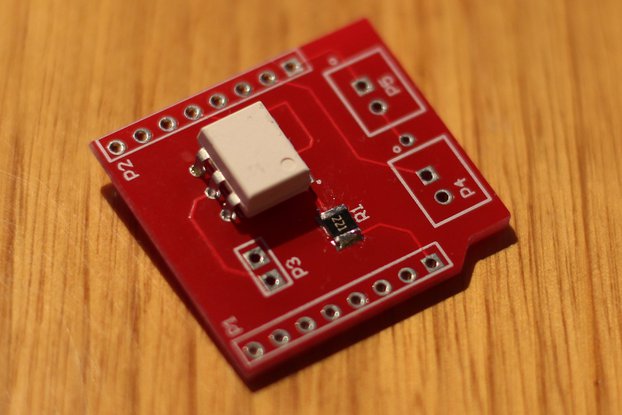 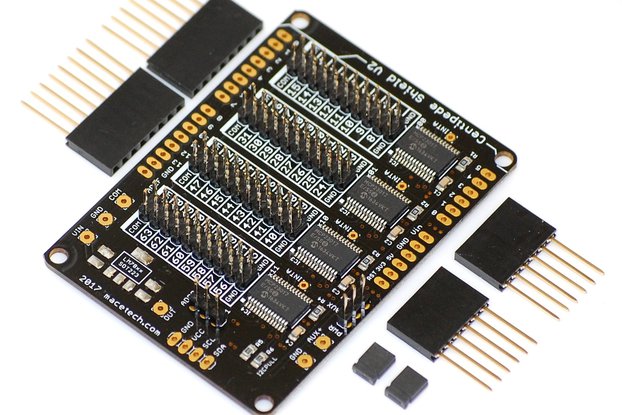 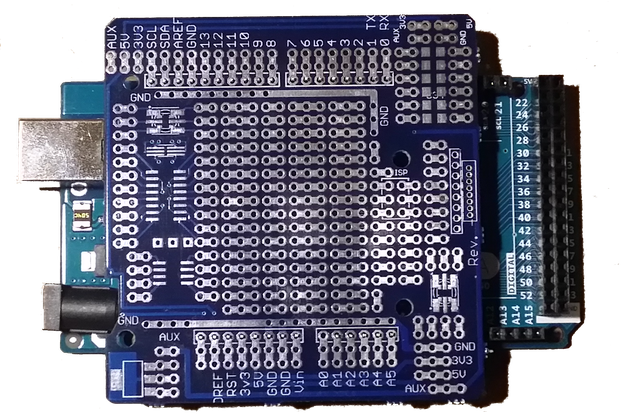 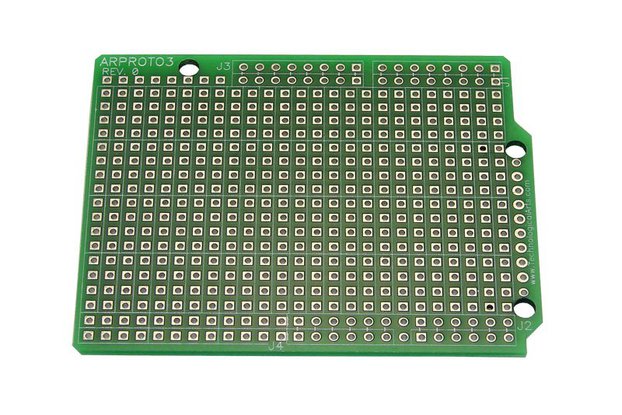