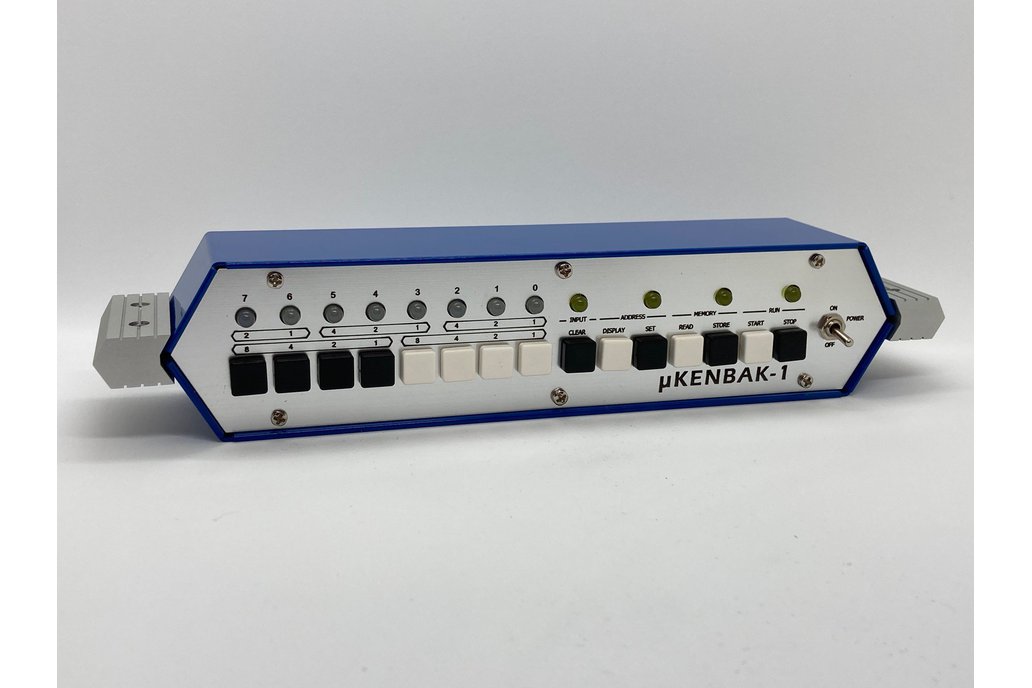 Due to popular demand, I am working on a completely new µKENBAK-1 kit. I am currently working with a machine shop to create a 1:2 size case from the 55 year old engineering drawings, thanks to the ...

Due to popular demand, I am working on a completely new µKENBAK-1 kit. I am currently working with a machine shop to create a 1:2 size case from the 55 year old engineering drawings, thanks to the support of the original case manufacturer, Bud Industries. Cases have been ordered, so sign up for a notification of the new 50th anniversary µKENBAK-1 kit! I expect to have the kits available sometime in June.

John Blankenbaker was a visionary. Long before many, he understood that computers were the future. While a freshman attending the University of Oregon in 1949 he started working on his design for a personal computing device. That doesn't sound like so much today, but in 1949 it's estimated there were fewer than 100 computers world-wide. John set out to create that computer, but soon discovered it would be too expensive for an individual to build.

In July of 1971 John finally did it: he created the Kenbak-1, the world’s first personal computer. He understood that the capabilities of this computer were limited, but it would fill a niche – to provide a fun and educational method to introduce students to the concepts of computers and programming.

Since the Kenbak-1 was invented before the first microprocessor, the machine didn't have a one-chip CPU but instead was based purely on small-scale integration TTL chips. It was an 8-bit machine with 256 bytes of memory and an equivalent instruction clock speed of 1 MHz, but actual execution speed averaged below 1000 instructions per second due to architectural constraints such as slow access to serial memory.

Unfortunately, the timing and the target market (education) was not quite right. The price was $750 (about $4500 in today’s dollars.) Fewer than 50 units were produced, and the design was sold. But nothing could erase the fact that John Blankenbaker had created the first personal computer.

The Boston Computer Museum has awarded the designation of "First Personal Computer" to the Kenbak-1. 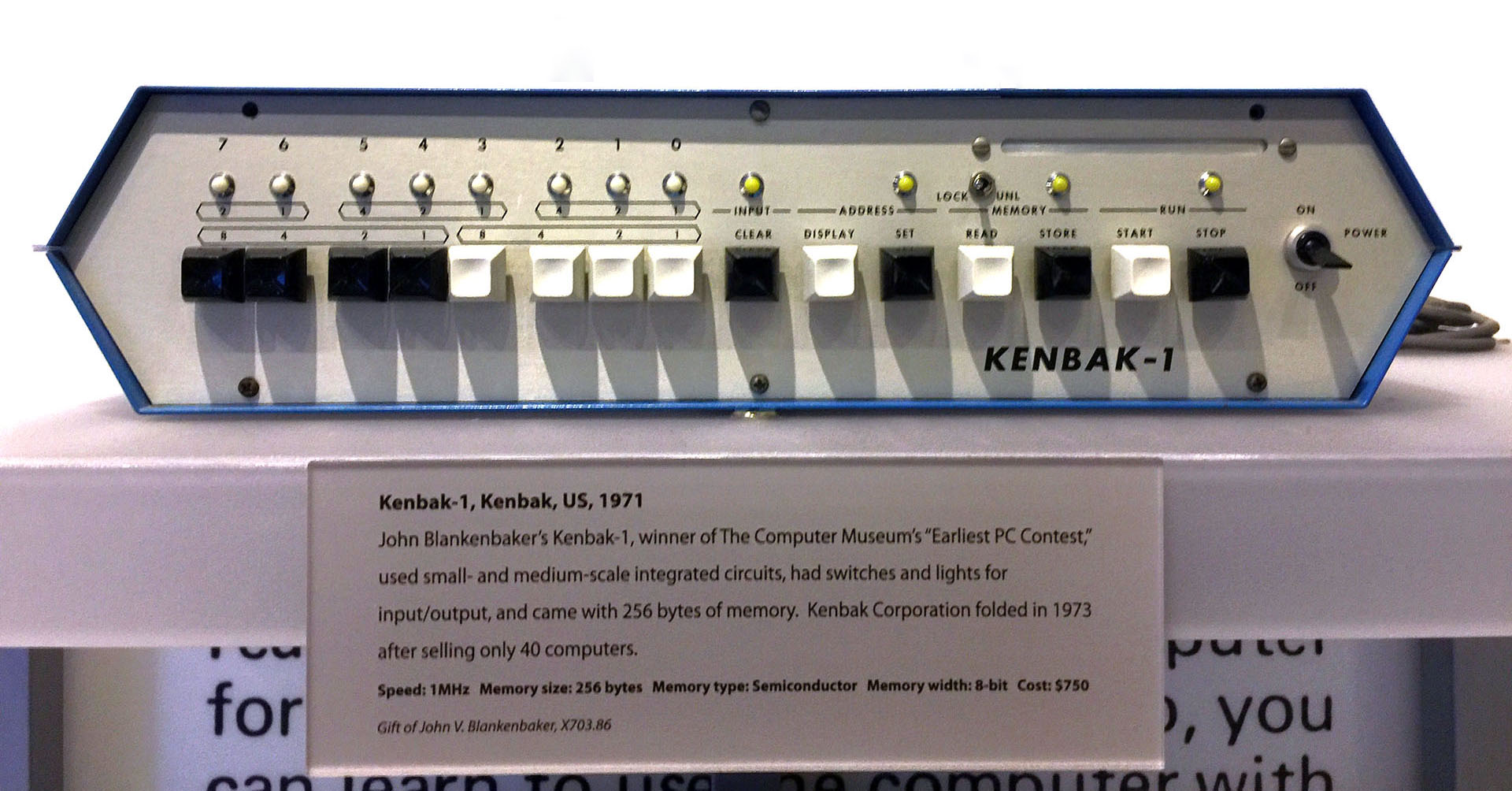 The Original Kenbak-1 at the Computer History Museum

After the success of my Altair-Duino kit, I knew my next project would be something more esoteric. It needed blinking lights of course, and had to have a great history. The Kenbak-1 fit that bill. I studied all information I could find on the Kenbak-1, but I knew I could never actually use one (it’s estimated there are 17 still in existence, with a minimum price of $25k!)

I came up with a plan and started working on it. I ran into some roadblocks and while Googling, I found the work of Mark Wilson of Christchurch, New Zealand. I sent a few questions to Mark, to which he responded that he had just been to my Altair-Duino website after seeing an article in IEEE Spectrum, and would love to see people have more access to his design and programming through a kit.

This kit is Mark’s brain-child, and is a relatively quick build. I’d even say this kit could serve as a good introduction to both electronic construction and computer operation for a young person.

And that’s why I wanted to make this kit available: as a living testimony to the birth of the computer revolution.

You will receive a professionally-made printed circuit board, all components, a steel case with CNC'd aluminum sides, a laser-engraved front panel, and a spiral bound assembly/instruction manual. Additional functionality has been added, such as a real-time clock module with three display modes (BCD clock, binary clock, and counting clock). The kit can be power by a USB power supply, or connected to your computer. You can also upload/download machine code instead of toggling in each byte from the front panel.

Assembly is easy, even with beginner soldering skills. This kit uses all through-hole components.

Enter your email address if you'd like to be notified when µKenbak-1 can be shipped to you:

This kit from Chris is easy to build & fun to use.
It's also very educational.
The kit includes everything you need to build a very smart looking machine, including a spiral bound assembly & operational manual.
You also have 4 manuals available online, see the link at the last page of the included manual.
I highly recommend this kit for anyone who is interested in vintage computing, as an entry into digital electronics, or for educational reasons.

Very straightforward kit in a quality enclosure with a relatively accurate aesthetic. A unique little machine that can be very fun to play with. Serial is a nice touch. Very happy with my purchase.

I love retro builds and replicas and this is a good addition to your collection for a great price. Seller was very good about responding to questions.

I love history of computers and made a lot of replicas for my collection. This one is easy to made, cool looking and VERY interesting in historical aspect. Original Kenbak-1 was developed BEFORE classical 8 bit micros so its was new experience to me. Very fun and unusual. Highly recommend this kit. Price is very fair, documentation good and complete. One evening with kit and you can impress friends or colleagues explaining this strange blinking thing. 👍😎

What impressed me most about this was the quality of the manual. It's is absolutely professional-level in all regards. Really well done!
$124.95 $124.95
Ask a Question 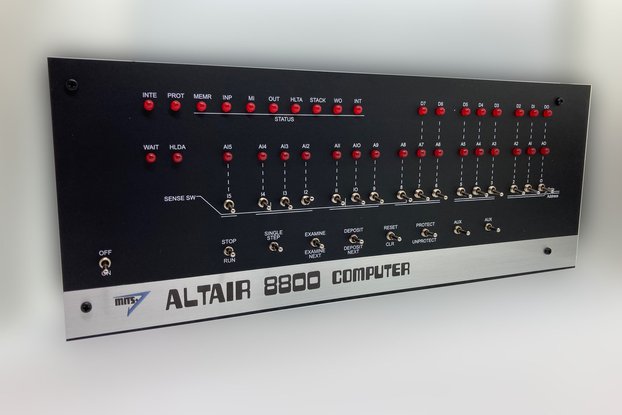 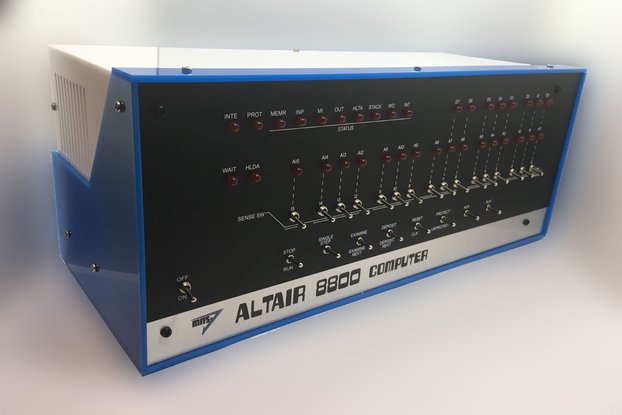 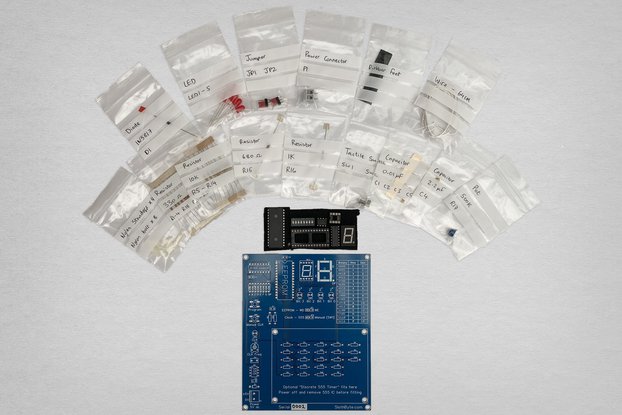