An easy to use soldering kit for all ages 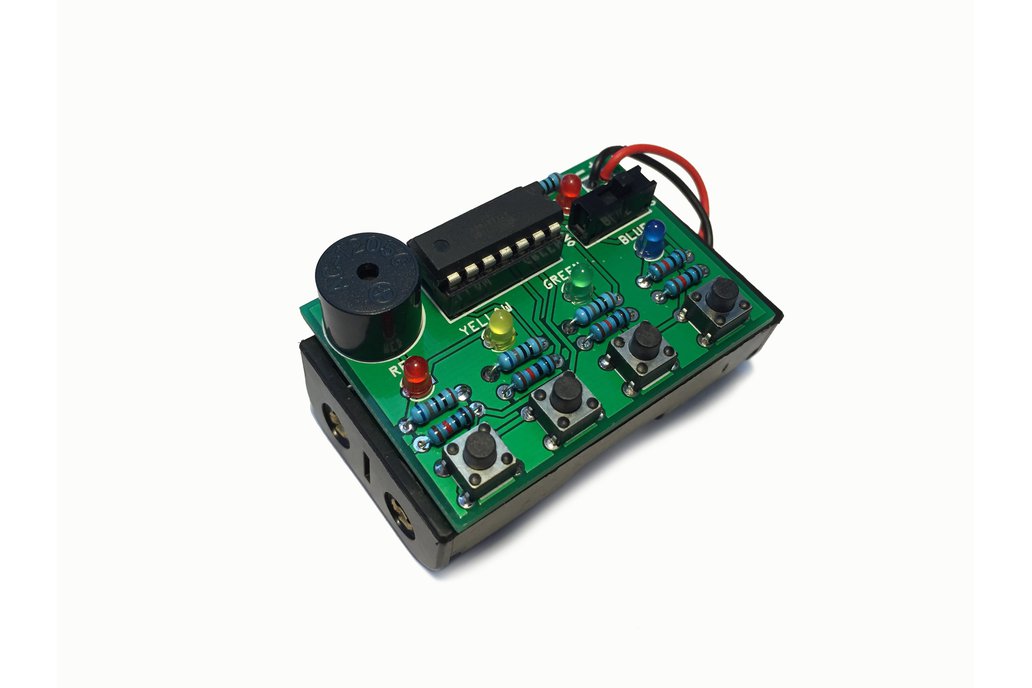 An easy to use soldering kit for all ages

The Game This kit is for a memory game called Simon Says (also known as Simon). It makes a great gift for those who are new to electronics and soldering. Easy to assemble and easy to play, this m…

This kit is for a memory game called Simon Says (also known as Simon). It makes a great gift for those who are new to electronics and soldering.

Easy to assemble and easy to play, this memory game is fun for all ages. It can also help new electronics users practice their soldering skills by soldering through-hole components onto a printed circuit board.

The kit is powered by two AA batteries (not included).

The board has 4 different-coloured LEDs and 4 corresponding pushbuttons. A random sequence of flashing lights / beeps is generated, and the player must recreate that sequence using the pushbuttons.

If the player misses, or gets one wrong, then the game is over. Bright, multi-colour LEDs and different buzzer tones make the game easy to follow. If you'd like to see a video of the game in action, check out this video.

This kit is also completely open source! Feel like changing the buzzer tones? Want to make the game easier / harder? Just want to check out the source code to figure out how it works? Well you can! Want to print/etch your own boards? No problem. The entire project, including Arduino source code, Gerber Files, and Fritzing project files is available on Github.

The kit is very easy to assemble, and includes:

International orders (outside of Canada) are sent via Canada Post's "Light Packet - Air" service. According to Canada Post Delivery Standards, orders may take between 4-6 business days for USA orders and between 4-7 business days for other countries to arrive, not including the time it takes to clear customs. Canadian orders are sent as non-standard / oversize lettermail (Canada Post) and should take between 2-4 business days for major and non-major urban centres. All orders are sent from Toronto. Local pickup is available if you would like to save on shipping, just contact me before placing your order. If you live/work in the downtown core I may even be able to deliver it to you!

I know that waiting for packages sucks, so all orders will ship as soon as possible! Note that orders made on the weekend or on Ontario holidays will not ship until the next business day as per Canada Post Delivery Standards.

Enter your email address if you'd like to be notified when Simon Says Game Kit can be shipped to you:

Orders are generally processed and shipped within one business day. Orders received* before 7AM EST will ship the same day.

*Orders are not always received immediately after they are placed. Tindie performs fraud checking prior to alerting sellers of new orders so there can be a delay between when a customer places an order and when a seller receives it.

Fun kit -- easy to build but difficult to play

Fun kit! Came promptly with all parts. Didn't come with docs but they were easily found on tindie.com Easily assembled in about 30 minutes, but much more difficult to play.

I bought two of these kit for my daughter and one of her friend, both 9 years old, and they both were successful building this kit. It is almost as simple as it could be, both worked perfectly and they really enjoyed the result.
On my side, I find these kits really great, the instruction are nice, the price for complete kits is pretty great, overall I'm really happy.
Just one suggestion for the store owner:
If you make a new revision of this, could you revise the silkscreen? reading the resistor number is not so easy with the resistor drawing on top of the letter, enlarging the resistor to avoid having the lines over the text would be great.

Many thanks for these kits!

Received the kits in good shape and in a reasonable time frame. Shipping ended up being more than indicated - apparently due to import duties.

Build instructions involved a series of links from the Tindie site. Other kits have a one click link to assembly instructions from Tindie. I know - bookmark it for easier reference.

The students had fun building the kits (second kit for them) and they enjoy the results of their efforts.

Learned real fast to teach them how to use "silent mode" at school!

Glad you and the students enjoyed building the kits! If you have any more feedback on them as you / the students use them more, be sure to let me know.

I will definitely consider changing the product documentation link to make it easier. It currently goes to a page where you just have to select the version of the kit to reach the actual instructions page. This was to help others who had purchased previous versions of the kit, so they wouldn't get linked to the wrong instructions.

Regarding import duties, I charge as close to cost as possible for shipping fees but sometimes (especially with larger value orders) you may be required to pay import duties (essentially, taxes and brokerage fees) to your local delivery carrier. Unfortunately these are out of my control as they're charged by the local government / carrier.

Very easy to construct, and rewarding once done

A bit of an impulse buy thrown into the cart at the last minute, but I am really glad I grabbed this.

This product is easy to solder (great for teaching kids to solder) and makes a fun and simple game. Highly recommended for a wide range of ages!
+ Show 3 more 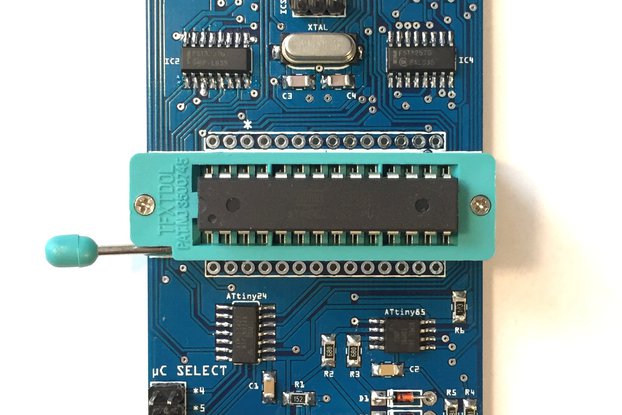 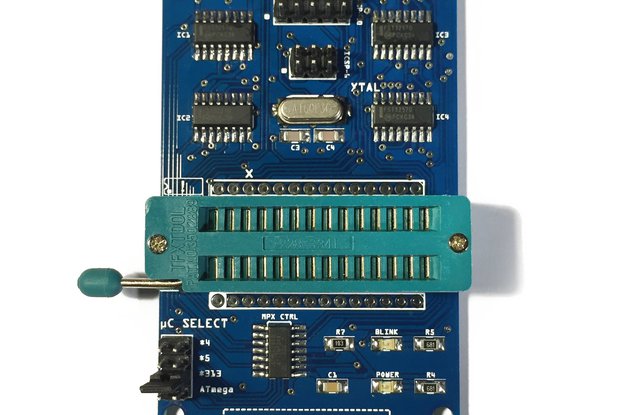 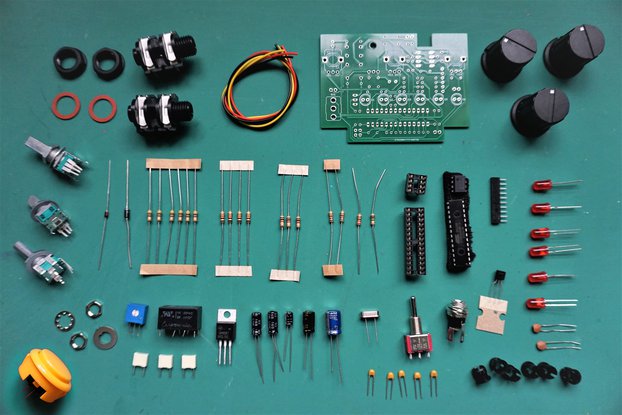 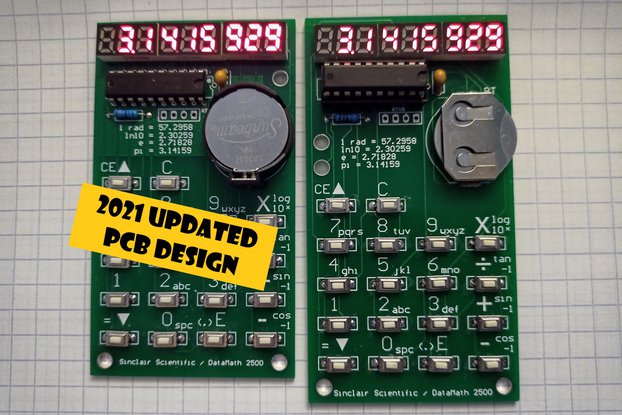 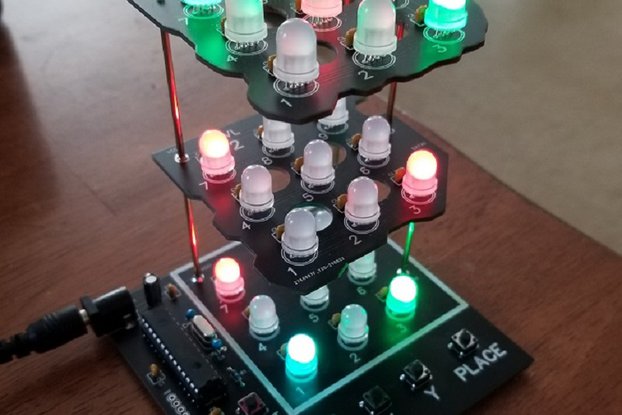 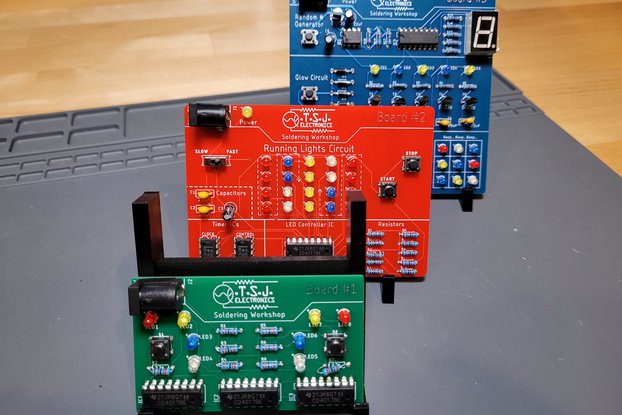