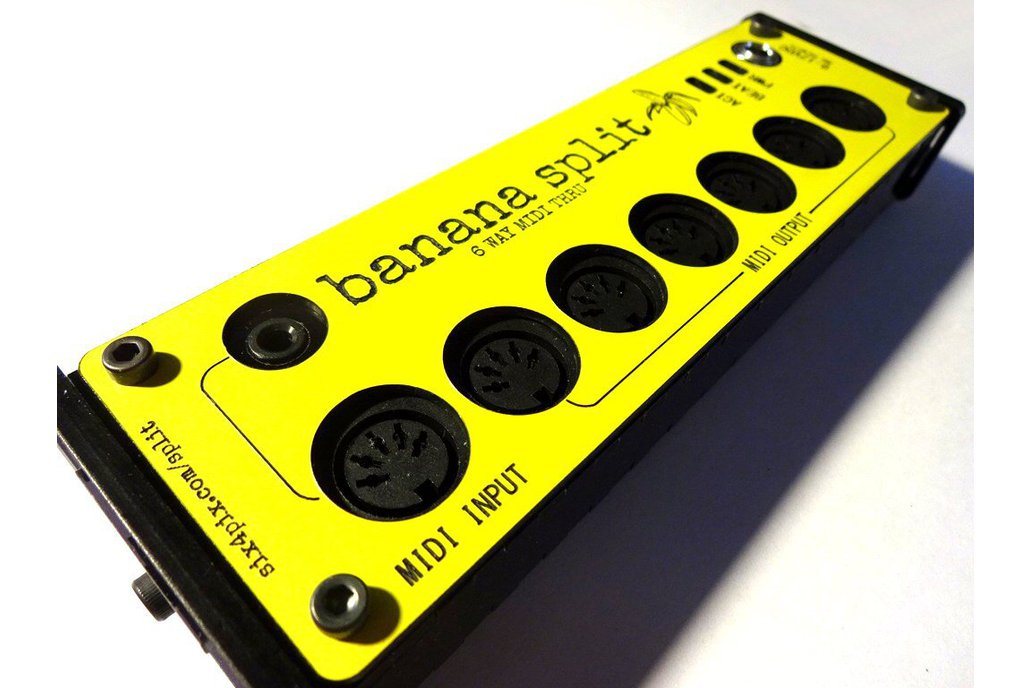 Sending MIDI to multiple devices should be simple! A thru-chain can add latency and you can't easily swap devices about during a performance, but a MIDI interface with multiple outputs can be expen...

Sending MIDI to multiple devices should be simple! A thru-chain can add latency and you can't easily swap devices about during a performance, but a MIDI interface with multiple outputs can be expensive.

BANANA SPLIT is a simple, compact and cost effective solution for splitting a single MIDI input to six parallel MIDI outputs which can be "hot swapped" without impacting each other and offers near-zero latency on the MIDI signal.

The MIDI input is optically isolated, per MIDI-spec and each output is electrically buffered and protected with current limiting resistors.

BANANA SPLIT includes a Beat LED which blinks with the MIDI clock. This provides both an indication that a MIDI clock is present and a "visual metronome" (which is always useful!)

MIDI IN connection can be made via a 3.5mm stereo jack socket as an alternative to the 5-pin MIDI input (do not try to use both inputs at the same time!).

This updated version works with a 3.5mm MIDI jack connection using the new MIDI Manufacturers Association standard (this differs from earlier BANANA SPLIT version). For hardware (e.g. Novation, Arturia) using a different standard it is possible to make a small mod to change the socket polarity or even repurpose the socket as a pulse clock output for clocking Volcas, Pocket Operators, Eurorack etc. All MIDI OUTs are 5-pin sockets.

Power is via a 2.1mm barrel connector as used on most "wall wart" type adaptors and standard on most stomp-boxes. An on-board diode bridge and voltage regulator mean that it will work with center positive or negative supply, and at any input voltage from 9-12V. Power supply not included!

Integral LED's indicate power supply, clock beat and activity on the MIDI input socket. Add to this the 5-Pin MIDI sockets for input and six outputs and that's pretty much it... It does what it says on the skin!

All connections are via the front panel and can be accessed when the device is held (for example) in flight case foam or inset into a panel in a studio.

Works perfectly - just what I needed

I have midi in from my Deluge to the Banana split and then out to 3 other synths and so far no problems!

I had been eyeing a few different products for one MIDI in -> multiple MIDI out.. and the 1 in 6 out of the Banana Split is not only "enough" for me right now, but the size of the unit (small!) and quality of the unit (great! hard plastics remind me of the Korg Volcas, wonderful face plate with etched branding and labels) is top notch and far exceeded my expectations.

I ordered the power supply with it. It's great and it came from myVolts.

I've used the Banana Split for "DAW-less" setups and also have it driving a lot of my usual gear when I'm in full DAW mode in the studio. I'm considering adding a 2nd one just for my road/mobile kit!

Very happy with the splitter.

I am very happy with the Banana Split. It works as advertised and I would definately buy another if I need an additional thru box.

Using it to duplicate midi-out from my Digitakt to several synths (Eurorack, Dark Engery I + II and Nord Modular).

It is replacing my (passive) Philip Rees V4 midi thru unit. At first I thought newer modals of the Banana Split took power from the midi line, like the Philip Rees V4, but it doesn't. I did read it wrongly on the site. What is said is that the Banana Split is able to power other midi gear via midi if they support it... You do need an adapter!

At first I used an older 9v adapter (500mA), but 'shadow' notes were played and note-on/off information were not send. It was very unstable with the older adapter.
I bought a new 12v adapter (600mA) for the Banana Split (and a 9v adapter for a different purpose). Both do work, but I'm using the 12v now. So make sure you use a new adapter with it!

The beat indicator is a very nice extra on the Banana Split! I'm very happy with it!

Excellent product.
Works exactly as described and desired.
Well designed.
Well packaged for delivery.
5 stars might be weird for documentation as the device is so simple, but, hey, it says what it needs to and no more.
Get one.

I am very pleased with the Banana Split. I have a number of different hardware synths I needed to connect to my DAW at the same time and this is an excellent solution. It is handsome, well built, comes with good instructions and works professionally. You do have to stick the little rubber feet on, but if that's a deal breaker for you, perhaps a midi splitter is the least of your worries.

I got two of these and they are doing what they are supposed to. Great price, great quality! Get one if you need a splitter

This box works just like intended, looks good and is well built. I like the additional info LEDs on activity and clock for immediate feedback as well as the safety features like decoupled MIDI inputs and input voltage flexibility. Shipping and packaging (to Germany) was very fast, and great communication with the developer as well! I'm definitely recommending this unit.

Everyone should have a Banana Split

Really excellent product. Transmits midi clock from the midi in to all the midi outputs, thus syncing all your gear. Compact, well built and good looking. I believe its the best midi thru box for the price by a long shot.

Unpack, connect power, it just works. What else can I say about a MIDI splitter?
Yeah, it also looks cool and has a funny name !

Excellent piece of kit. Exactly what I was looking for to split, well constructed & easy to use. Top product A+++

Just received and tried it, it's very compact and it works very fine!
The seller was very explaining me some infos :)

It's a midi thru box that does exactly what it says! I'm a hobbyist since 1980 with midi. Highly recommended.

Amazing product - does what it says well. Great coms and a speedy service. Will definitely buy more product cuts.

Exactly what I needed.

I have been telling all my friends to get one. Everything I needed a midi hub to be. Practical and functional.

Smaller than I expected and the perfect solution to having the Digitakt controlling all my external gear. Parameter locking and conditional trigs over midi through the banana split is a whole new level of fun :)

Works perfectly. Super compact. I use it with a BeatStep Pro to control some Korg volcas along with some other synths. Shipping was fast and fair.

Great midi splitter solution, does what it says in the tin!

To put it simply. It works, simple to setup. Any standard 9v power supply for guitar pedals will work. It also looks great!

Got my banana split on time after prompt shipmnent. It works nicely, and the good thing is that it is smaller than what I thought! not much bigger than a USB hub. The only tidbit is that it need its own power supply. But does the job it has to do nicely.

Does what it says on the tin

No fuss kit that solves the endemic lack of MIDI thru ports on most gear these days
Delivered on time, well packaged and requires no software installation

Works exactly as advertised, no audible latency, seems like a robust design. The only* shortcoming is that it cannot be powered via MIDI bus the way the Quadra Thru can, but it's got two extra ports which certainly makes up for the hassle of dealing with yet another power supply. Currently using it with a Yamaha RM1x to drive a few Volcas and it's working like a charm.

*like another user here, I just discovered that this device doesn't provide MIDI power on its outputs, which is pretty absurd given that it requires a power supply. If you have any MIDI utility stuff that needs power, you can chain it off another machine, but it would be really nice if you didn't need to keep using Thru ports on your synths after, like, buying a brick full of Thru ports.

Thanks for the feedback on MIDI power on the outputs. I had a few queries on this and will address it in a future update, but there is a simple mod which can add MIDI output power if you are happy to get out the soldering iron... http://six4pix.com/split/midipowermod.html

The Banana Split works perfectly, and it looks much cooler than the competition.

Fast shipping, low price, and a great product.
Can't ask for more than that.

EDIT: It does NOT supply MIDI power, as I just discovered, sigh. :(
Removing one product star for that.

Great service, arrived very quickly within a couple of days, great device, thank you very much for making me one happy customer!

This became an alternative to a DIY solution for me due to the low cost of this and the perceived build quality. When it arrived relatively shortly after ordering it did not disappoint. Low footprint in my setup and the universal polarity makes this for me a really great investment. Synch is perfect and there really doesn't seem to be any downsides to this midi splitter. The front plate print is readable and as some have mentioned, it really doesn't need anymore documentation. Very friendly communication with the seller and swift reply. All in all a very pleasant experience.

This splitter is very usefull and I think it is the only modèle available with such number of outputs.
I use it to control korg volcas series ( keys, beats, etc...) And other synths.

It is well built And seems to last long.
Design is very cool by the way :)

Also the fact that it can receive any power from 9 to 12v, in any polarity is real plus !

Shipping was good, delay as expected. The maker was kind to reply my email, no bad surprises. (Ship to France)

This is an awesome high-quality product from a solid vendor!

The product came relatively quickly and was well-packaged. The information about the product was all very clear and the design was well thought-out . The product looks and feels very solid and well-made, and most importantly, it works fabulously! This is a vendor that's knowledgeable and worth trusting. Thanks!

It does what it's supposed to with no difficulties. That's the best review I can leave. I rated 5 on documentation because it has none and it has none because it needs none. That's a win in my book.
+ Show 23 more
Wishlist On Wishlist Tweet Share Pin 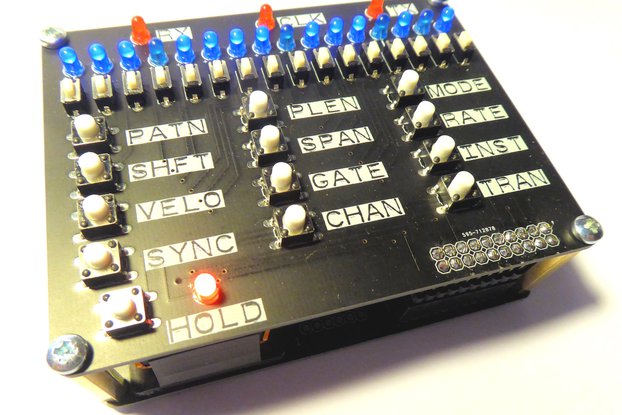 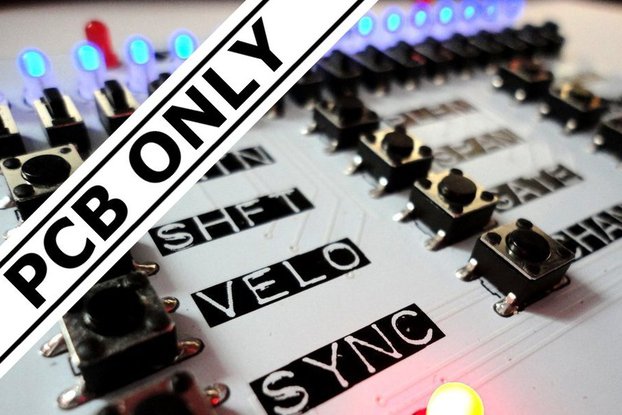 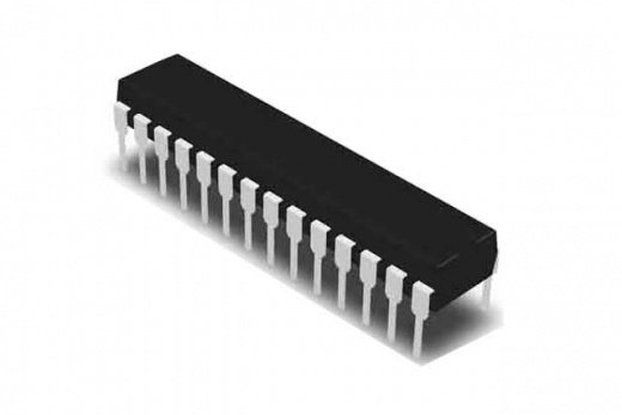 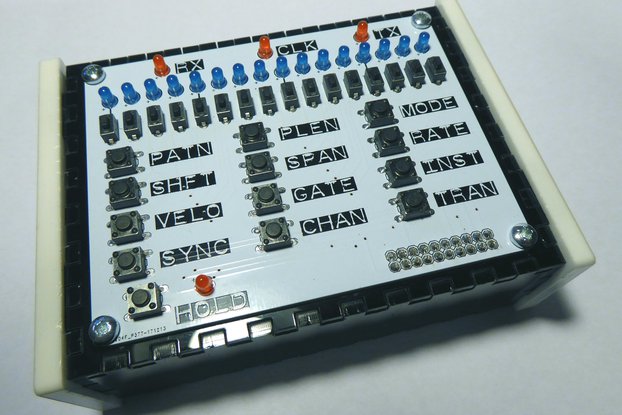 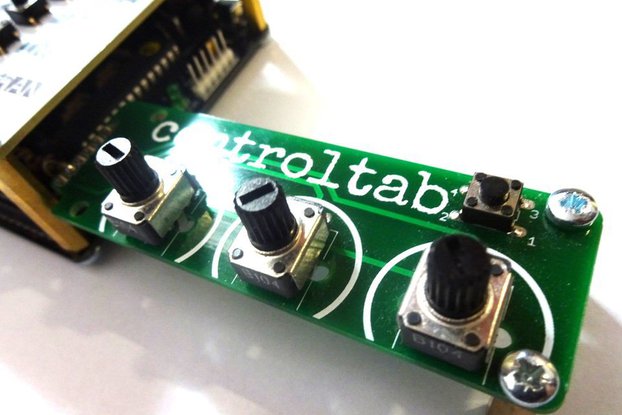 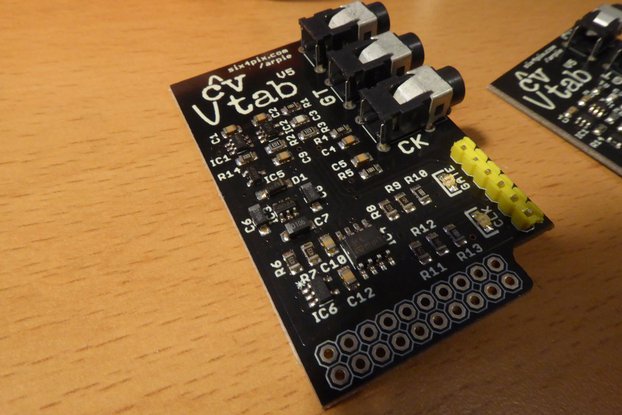 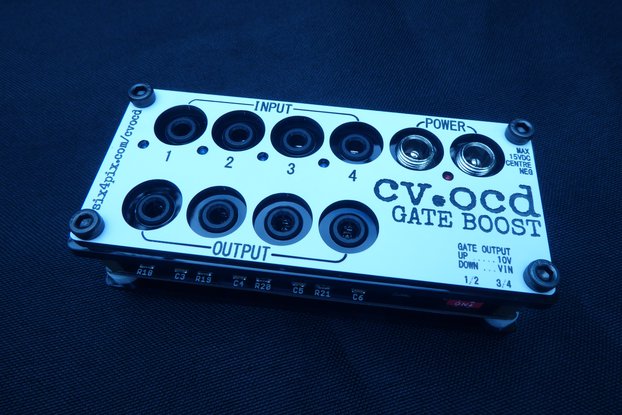 Gate Boost module for CV.OCD (and others) 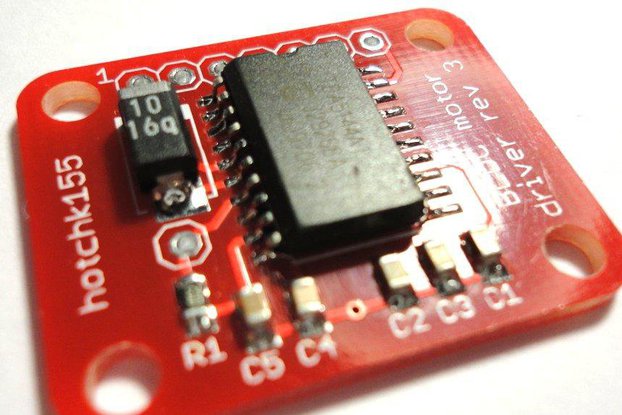 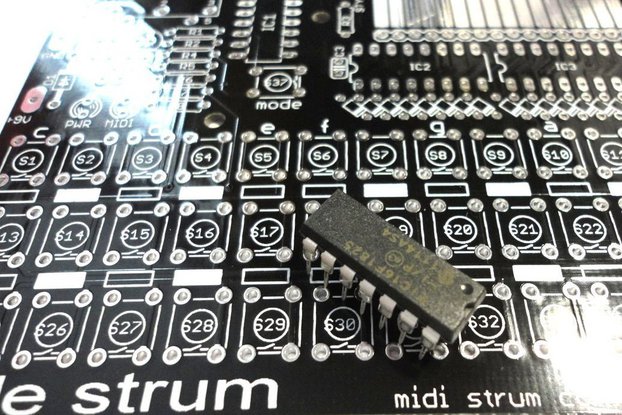 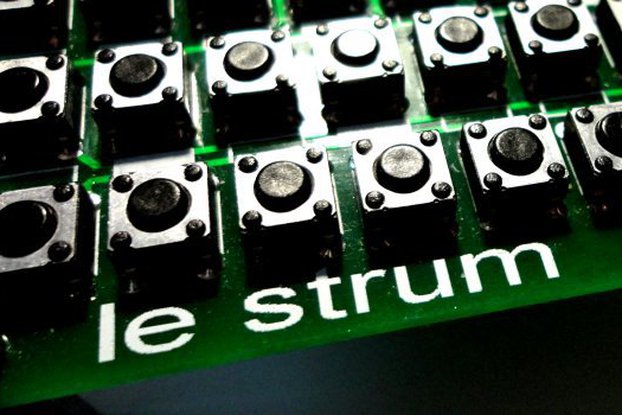 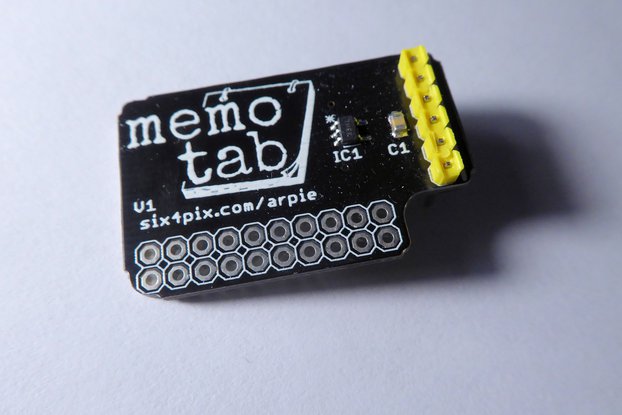 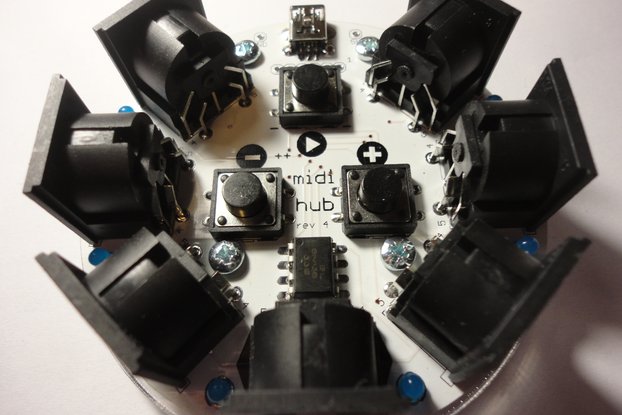 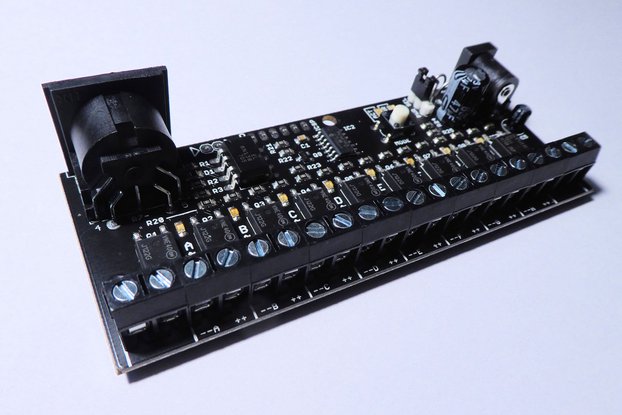 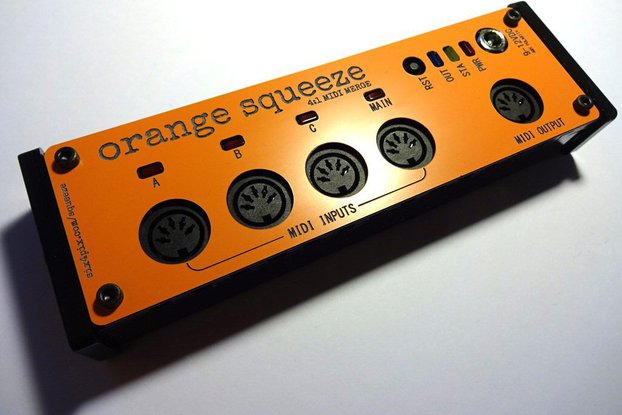 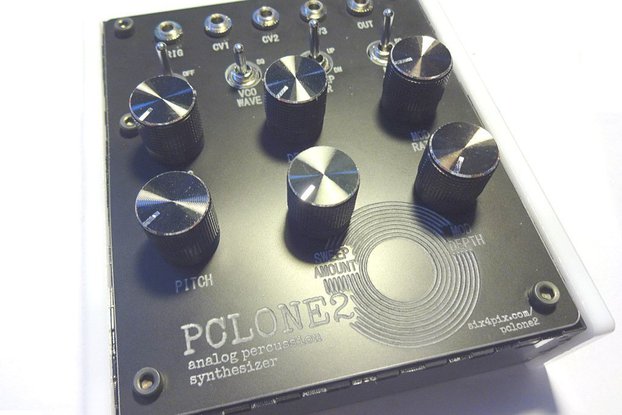 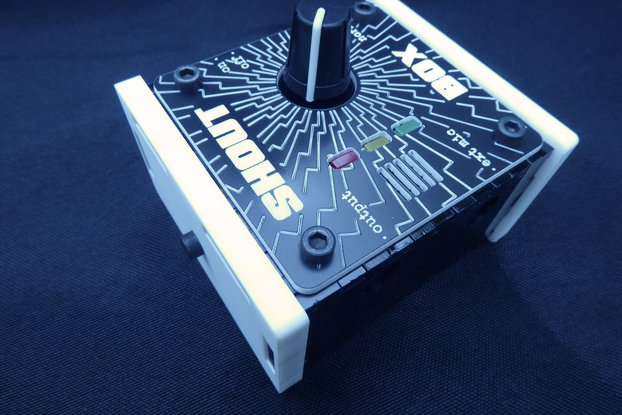 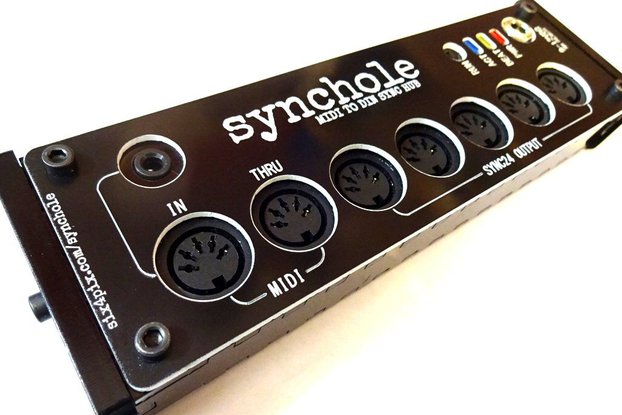 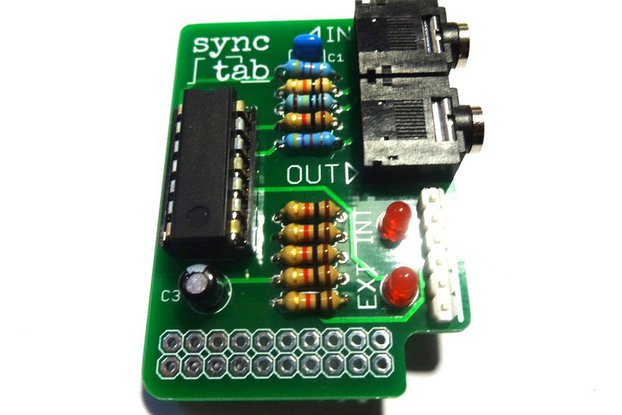 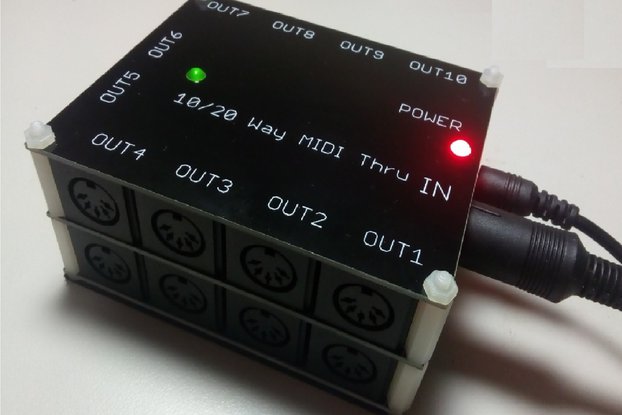 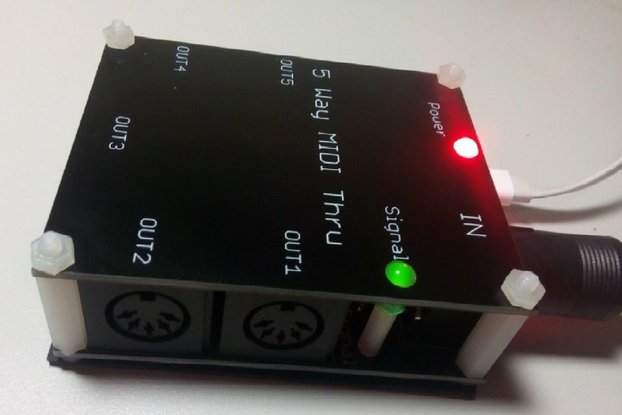 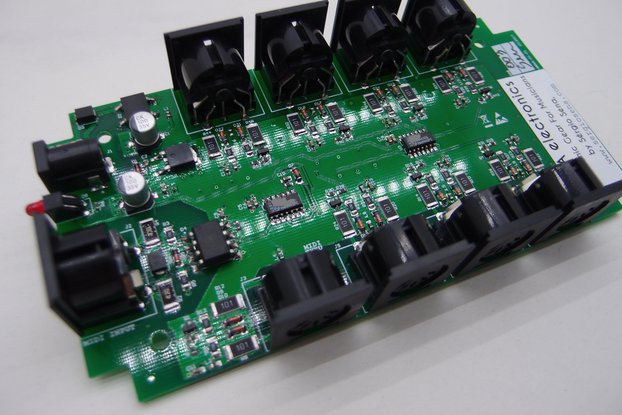