This seller is on vacation. Please return after May 1, 2020 to purchase this awesome product! 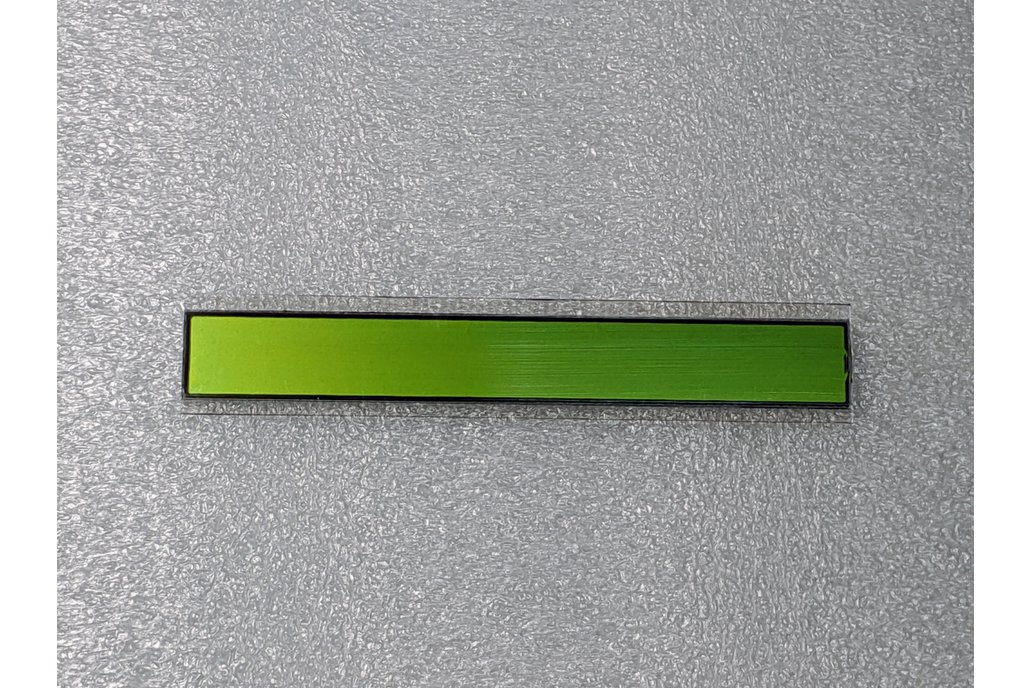 Shipping to United States of America starts at $4.20

COVID-19 notice: Due to restrictions on non-essential travel in the Bay Area of Northern California, no orders will be accepted until approximately 1 May 2020.

When will you get more stock? Hopefully by April 1, 2020. The factory in China was delayed a bit due to the coronovirus outbreak, but they sent an update saying they would finish up the next batch ...

When will you get more stock?

Hopefully by April 1, 2020. The factory in China was delayed a bit due to the coronovirus outbreak, but they sent an update saying they would finish up the next batch by the end of February. Taking into account some weeks for shipping and customs, that should take us to some time in March.

This is a pin-for-pin compatible nearly exact replacement for the LCD module in the Radio Shack TRS-80 PC-1 or Sharp PC-1211 pocket computer released in 1980.

Many PC-1 and PC-1211 pocket computers suffer from LCD degradation to the point where they are no longer useful. Apparently the seal around the LCD was of poor quality, and over the years moisture gets in and ruins the liquid crystal. The result is a display ranging from a few splotches to complete failure.

I decided that it was important to bring all these dead PC-1 and PC-1211 computers back to life by reverse-engineering the LCD and remanufacturing them.

These LCDs were custom manufactured by Sharp for the PC-1211. Radio Shack had a rebranding agreement with Sharp, and named the computer the TRS-80 PC-1. Replacement LCDs were never available, and finding a working LCD is problematic, given the systematic failure of the seal.

I tried as much as possible to make the fonts and positions used for the indicators as identical to the original as possible. The color of the glass is different -- green rather than yellowish-brown.

I've made a video showing how to replace one of these LCDs. There are a few crucial things you have to be aware of:

I have been waiting for this product to be produced for years and was not disappointed. I have fixed 3 pocket computers with these new screens.

It's have ordered it for fixing some of my Sharp PC 1211 & Tandy PC1 LCD screen. Looks perfect.

The video for the repair and fix is very helpfull.

P.S. to correct the contrast I’ve just lifted middle contact of the variable resistor - it works perfectly in my case :-)

Arrived well packaged, exactly as described. Followed the youtube installation guide and my Sharp PC-1211 display is new again. I truly thought it was dead forever. The only deviation in the instructions taken was to allow the old display to soak in acetone for only about 4 hours. I they carefully tested releasing the display. The old adhesive strips released the old display, but remained completely on the bezel and stayed gummy, This allowed me to carefully position the new display and stick it into position without a shim or having it shift around. Perfect installation on the first go. Thanks so much for taking the time to reverse-engineer and provide these displays. I could not be happier.

I repaired four Sharp PC-1211 successfully. Video tutorial of replacement is very useful and so replacement was very easy. Thank you very much Robert for reborn of these lovely PCs

Due to manufacturing issues, 100 % of the TRS-80 PC-1 pocket computers will need a new LCD display - most probably need one now. I am the original owner of one that is just getting to the point where without a new display it will become a doorstop. In what can only be described as a spectacular herculean effort this guy has created a drop-in replacement LCD for these collectible computers - thus literally saving them. The LCD fast and looks like a production part - this is not a kluge or prototype, this is the real freaking deal. It amazes the hell out of me that someone actually took on this project - thank you so much!!!

Perfect fit and function. Video tutorial on installation is a big plus. Out of all of the TRS-80 pocket computer series, the PC-1 is the one that is almost always plagued with a failed LCD. I own four of these pocket computers, all with varying degrees of failure, from light blemishes, to complete blacked out. The key is cleanliness, taking your time, follow the alignment procedures. If you are starting out with a "know good" operational unit, you should have success. Quick shipping, and quality packaging methods too.

I repaired five units successfully.
I advise not to remove the POT wiper.
Carefully bending up a few degrees is all that is required.
The POT is very brittle and breaks easily.

I just coul not believe someone did it

I own several of these Pocket Computers (either Sharp PC-1211 or Tandy TRS-80 PC1), and I have been an absolute fan of these devices since I was a teenager.
See my web pages dedicated to this wonderful device: https://www.aldweb.com/articles.php?lng=en&pg=26
I never believed that the dying yellowish LCD issue of this first pocket computer would be solved one day.

I followed carefully the video, except that I decided not to use acetone or isopropyl alcohol.
I basically smoothed the defective LCD adhesive with hot water and liquid soap. Removing the defective LCD from its metallic case was a little bit harder than with acetone, but faster (I did not have to wait overnight for the acetone to activate).
I also did not need to polish any part with isopropyl alcohol, I just used a smartphone screen dust remover instead.
All other operations were really easy.

I am so happy that my first device is back to work.
I was right to buy several of these LCDs, I will now refurb my other devices, reviving them back to operating life, some 35 years after they were manufactured.

Thank you so much Robert for your great work and very clear instructions of how to proceed.

Fixed two PC1211s with these LCDs

I have successfully fixed two PC1211s with these LCDs. After a couple of false starts (putting zebra strips in the wrong way round) I managed to get two machines working with the new displays. They do seem to better than the old ones with respect to contrast. The installation is a bit involved, but definitely possible. Thanks Robert, excellent work.

The shipping was expensive to the UK (not Robert's fault), so I bought a few extras if there's anyone in the UK who wants to get them a bit cheaper.

I Almost Couldn't Believe It

My PC-1 was retrieved from my to-be-recycled bin about 5 years ago **at the very last minute**, even though the LCD display was about 75% "roached out". Boy, am I glad I did. Being the first computer I ever owned, I just couldn't part with it, even though it would probably never be functional again. What were the odds? Then I stumbled across these videos by some crazy guy who decided, "Hey, we can fix all these rotted LCD displays, NO PROBLEM!" after which he proceeded to create them and make them available to anyone who wanted one. Flabbergasted, I rushed to the store to buy some batteries to satisfy myself that the remaining 25% of my old LCD was "correctly" displaying characters, making an attempted replacement worth the effort. I then put in my order quickly (in case supplies should run out before I could respond!!) and a week later had the new part in my hands. My installation (having avoided all the cited pitfalls and possible missteps so well documented in the excellent video instructions) went smoothly. The computer works like brand new.

What's so surprising is that this unit is to this day a functional and useful piece of gear which after almost 40 years is a testament to its overall ruggedness and efficient design. One could wax eloquent on the ability of designers from that time period to squeeze the most usefulness out of the parts available for the purpose. I cannot thank the _Half_Baked_Maker_ enough for creating this excellent replacement part. It has provided no small amount of joy to this PC-1 user.

After viewing the video a couple times I decided to refurb my old TRS-80 which had a bad display. This new one worked just like in the video and now I have a working TRS-80. My only warning is that the removal of the old display involves acetone. I was careless and let this sit on my sink. The sink is made of resin and damaged it. So keep acetone off your sink! Use some cheap basin to contain the acetone. Yes, the zip-loc bags leaked a bit. I would purchase this kit again in a similar situation.

It was really fun to be able to restore my old computer to better-than-factory condition by replacing the old dying LCD. The new display works perfectly, and Robert's video on the installation process covered all the bases.
+ Show 8 more
$20.00 $20.00

Shipping to United States of America starts at $4.20 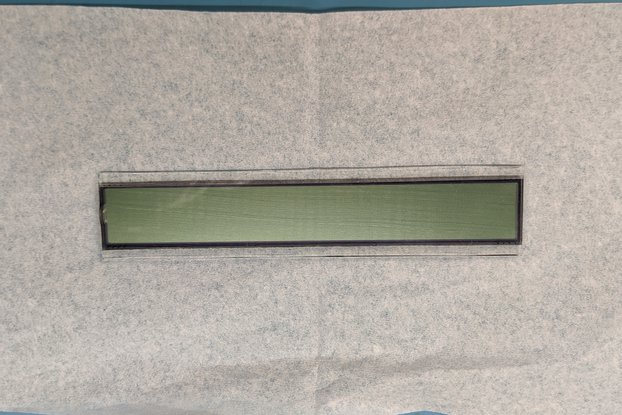 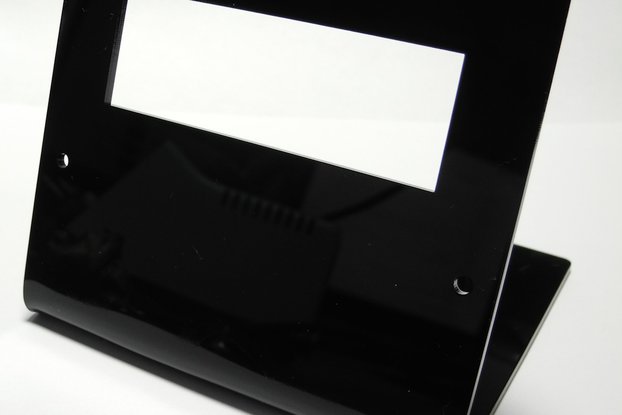 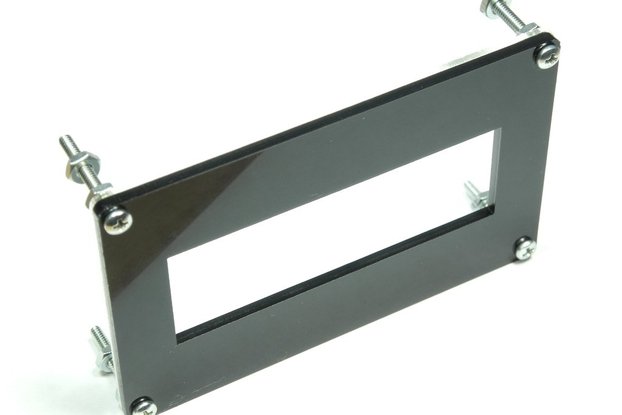 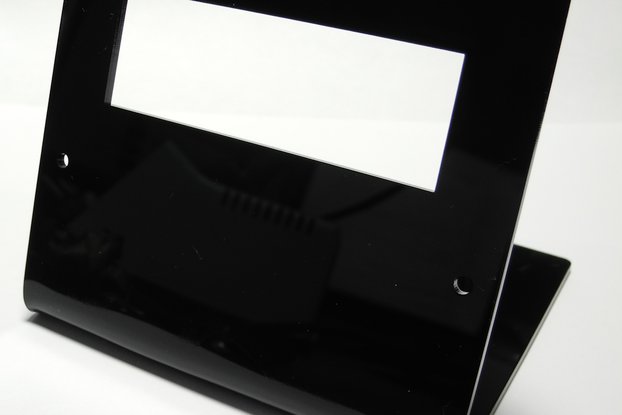 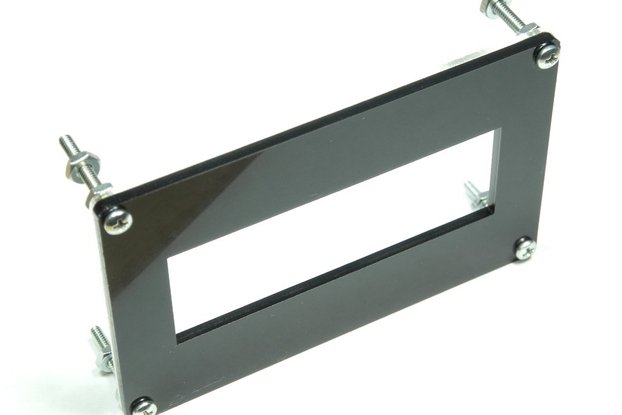