Combine the power of a Raspberry Pi Zero (W) with the flexibility of your Arduino - Supports Serial, SPI, I2C and Logic-level signaling 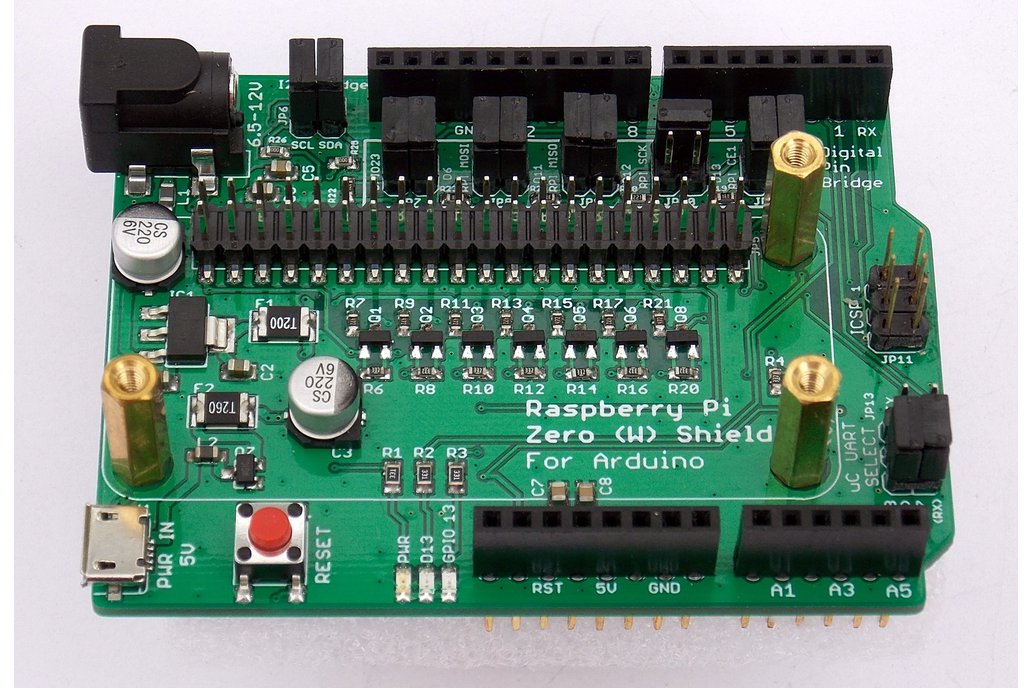 Combine the power of a Raspberry Pi Zero (W) with the flexibility of your Arduino - Supports Serial, SPI, I2C and Logic-level signaling

SHIPPING NOTE: This shield ships with a 5v/3A power supply. As a result, international shipping is rather expensive, due to the added weight (I charge less than actual shipping costs to help offset…

SHIPPING NOTE: This shield ships with a 5v/3A power supply. As a result, international shipping is rather expensive, due to the added weight (I charge less than actual shipping costs to help offset this). I have added an option to ship the board without the power supply at a reduced cost to make it cheaper to ship internationally.

NOTE: This shield has been updated to improve communications speed and protection. It now uses the NTSX2102GU8H dual-channel level shifter IC capable of 50Mbps. The new design allows for the increased speed with both I2C and SPI communications. Additionally, the SPI CLK line can now be used with the level-shifters in-line, which provides increased protection to both the rPI and Arduino. All orders will receive the new version of the shield.

This highly-configurable Arduino-compatible shield allows you to mount (and power) a Raspberry Pi Zero or Zero-W and communicate with an Arduino-compatible micro-controller via Serial(UART), SPI, I2C, or Logic-level pin signaling.

Fully configurable with jumpers to connect/disconnect each Raspberry Pi and Arduino pin from the level-shifters to allow for full use of all pins and ports.

Works with 3.3v or 5V micro-controllers

Supports Arduino-compatible micro-controllers that use the standard UNO R3 header configuration such as the MEGA, DUE, UNO, Duemilanove, etc, or clones. NOTE: NOT ALL MICRO-CONTROLLER SUPPORT OPERATING IN SPI/I2C SLAVE MODE. CHECK THE SPECS ON YOUR BOARD.

Serial configuration jumpers allow for connecting the Raspberry Pi UART to the Arduino hardware serial port or Arduino pins 7 and 8 for use as a softwareserial port (this is Serial Port 3 on my Arduino-Teensy board). If the jumpers are removed, you can use the included jumper wires to connect the Pi UART to any pins on the Arduino board - this is required for boards such as the Arduino DUE as the DUE does not support softwareserial and holds the hardware serial port high, preventing the Raspberry Pi from communicating on it. Using the included jumper wires allows you to connect to one of the DUE's additional serial ports for full serial compatibility.

I2C connections have built-in pull-up resistors and bi-direction level-shifters that allow for full I2C compatibility. The recommended I2C speed is 50kbps for long communications strings or rapidly repeating transactions for maximum reliability. Shorter or less-frequent I2C conversations can occur at higher speeds. This is a limitation of the implementation of the I2C protocol on the Raspberry Pi and not due to the design of the shield.

The SPI connection is configured to use Raspberry Pi CE1 and allows you to use the Pi as Master to control the Arduino as a Slave (Raspberry Pi does not currently have driver-support for Slave mode). Each digital pin bridge has a built-in bi-directional level-shifter and current-limiting resistor for protection. SPI speeds were tested reliably up to 1Mhz (limited by Raspberry Pi's implementation of SPI clock).

5 Raspberry Pi pins (includes the 4 SPI pins) can be used for bi-direction logic-level communications with the Arduino, allowing you to set a pin HIGH or LOW on the Raspberry Pi or Arduino and read its state on the other device - all with full voltage and current protection in-line.

The Shield can be powered via a 2.1mm barrel jack or micro-USB port (power only) and will also power the Arduino (or compatible) micro-controller and additional shields as well. This power is transferred to the micro-controller via the 5v pin and includes bypass and filter caps.

NOTE: Example sketches were devolped on an Arduino UNO and may require adjustment to work on other micro-controllers.

Enter your email address if you'd like to be notified when Raspberry Pi Zero (W) Shield for Arduino can be shipped to you: 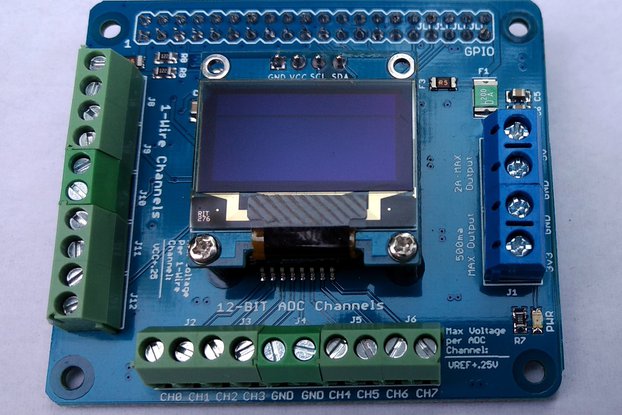 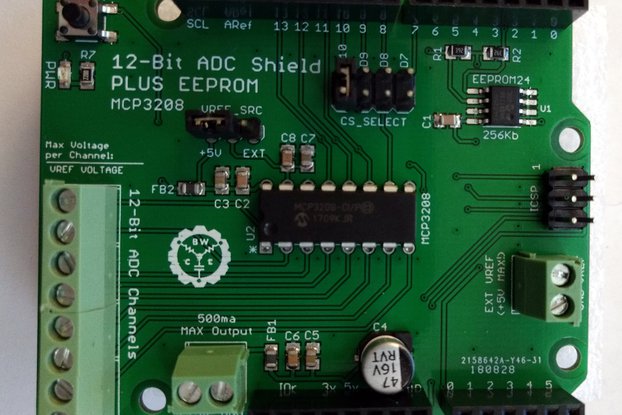 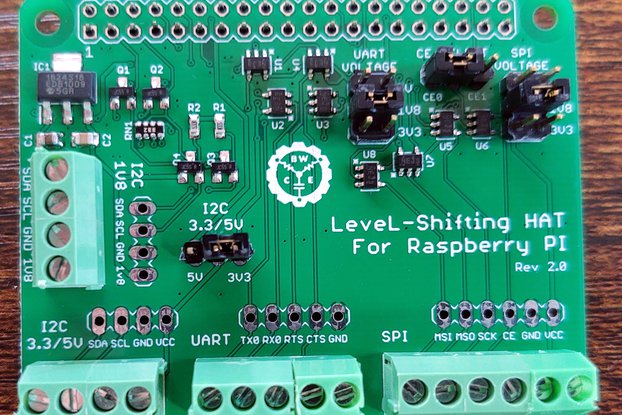 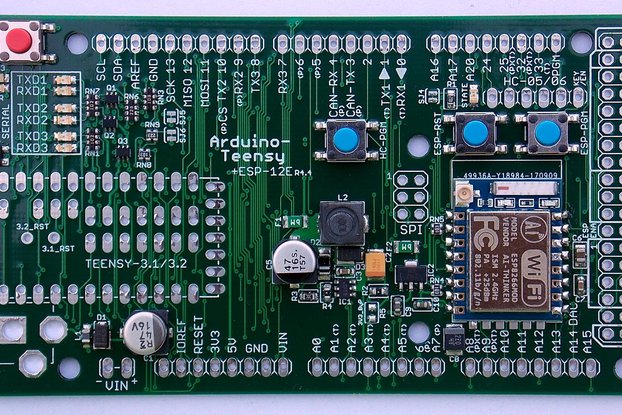 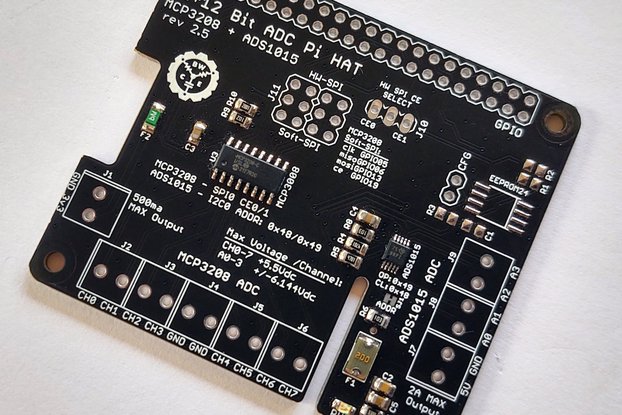 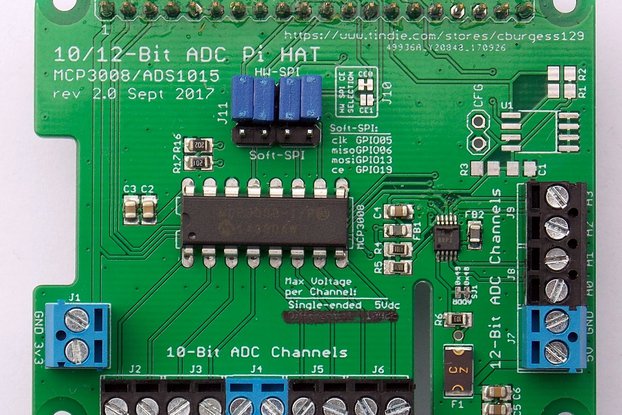 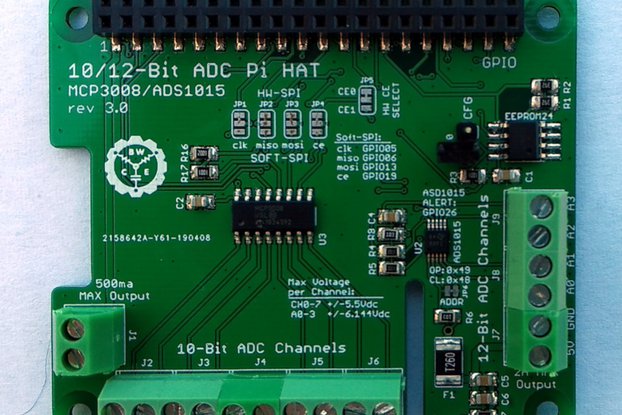 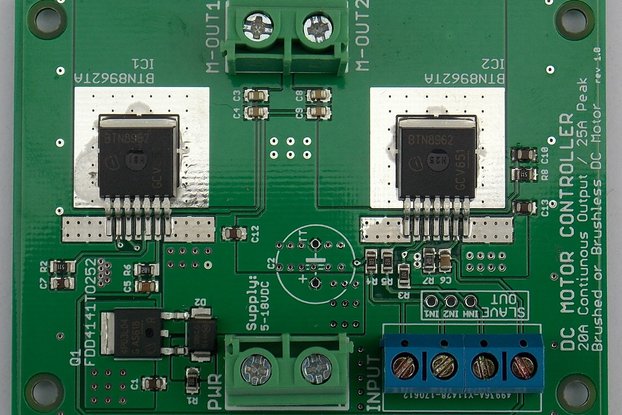 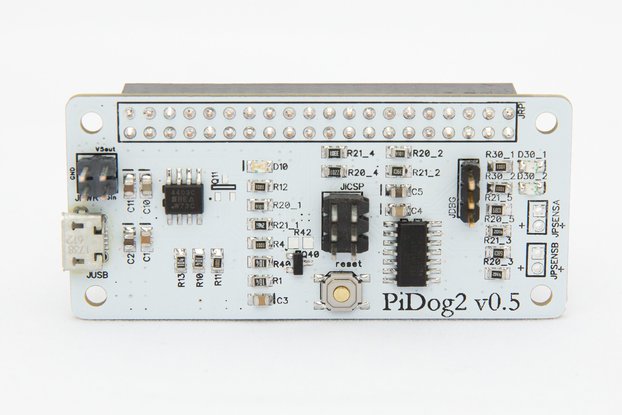 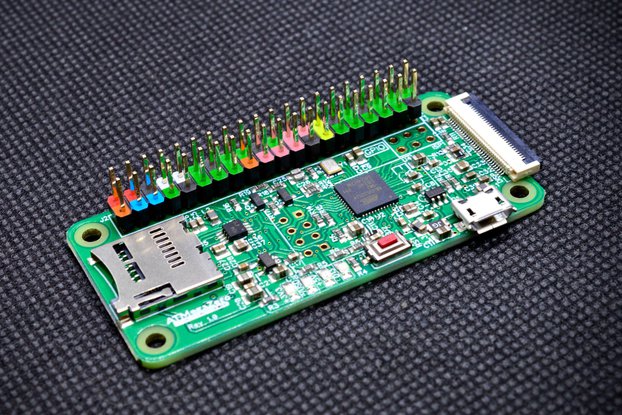 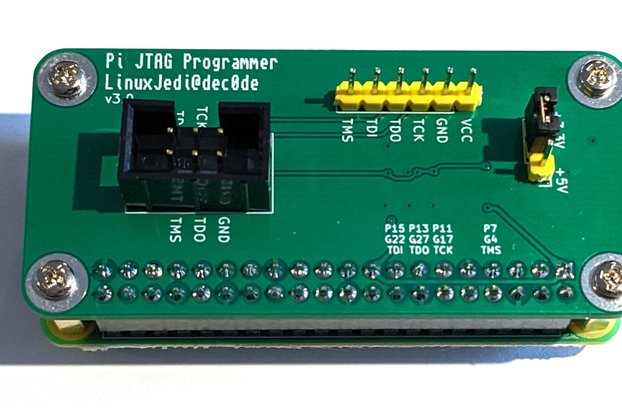 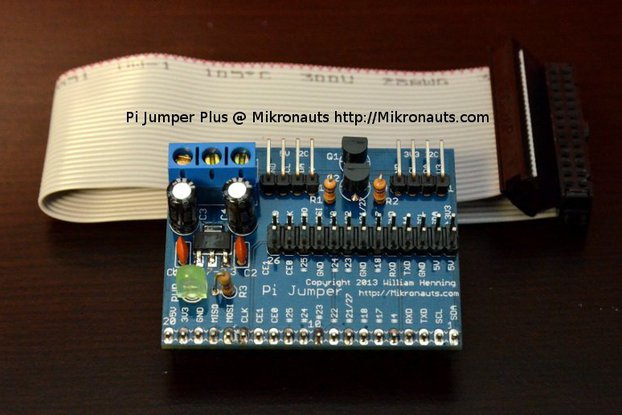