Padstone: NRF Dev Board Kit is a development and prototyping board for nrf-based, wireless, COM systems. 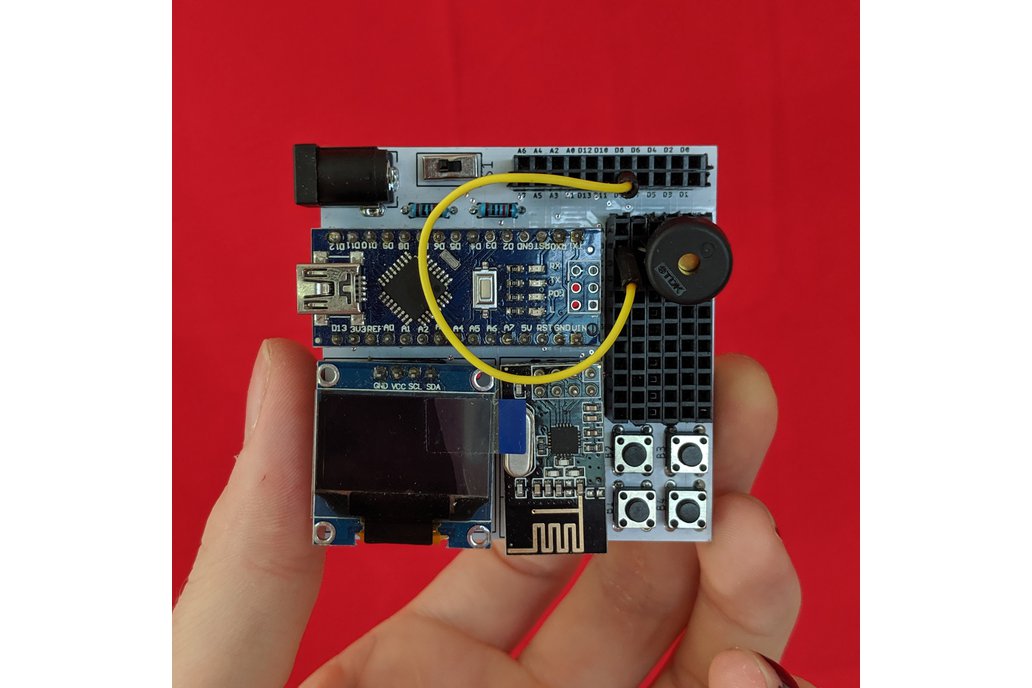 Padstone: NRF Dev Board Kit is a development and prototyping board for nrf-based, wireless, COM systems.

Padstone: Radio Dev Board is a development and prototyping board for nrf-based, wireless, COM systems. It uses an arduino nano, NRF24L01 (or any nrf board with same pin configuration), 4 buttons, d...

Padstone: Radio Dev Board is a development and prototyping board for nrf-based, wireless, COM systems. It uses an arduino nano, NRF24L01 (or any nrf board with same pin configuration), 4 buttons, dc power connector with on/off switch, pin breakout for nano, small breadboard for circuit dev and an i2c OLED display.

I designed this board because I was tired of wiring the n/f connections to an arduino over and over again on a perf board. This pcb solves the problem by coming with all the connections pre routed, allowing for a plug and play style prototyping platform. The small breakout pin headers on the side of the board come with breadboard-styled connections and are helpful for testing out circuits. If you want to make a more permanent circuit, you can solder them in directly instead of the female headers. This board also includes breakout points for all arduino I/O pins, allowing the user to utilize the arduino nano to its maximum capabilities. 4 larger holes can be used for mounting this board to whatever plate or housing the user is working with. The buttons come pre-routed to pins on the arduino (D3,D4,D5,D6) but are not necessary to the function of the board. The buttons are meant to add a level of convenience should some sort of user interface be helpful. The open platform of an OLED display (pinout from left to right: GND, VCC, SCL, SDA) lets the user incorporate an interface, an onboard serial readout for debugging, or any sort of visual content.

What sets this board apart from most is the incorporated design elements. Even though this is a development board, I hoped to put some spectacle into the design elements. The compact layout allows for a maximized footprint while the Renaissance-style print on the back references a powerful time in the crossing of art and science. The Padstone boards meant to be the foundational building block of any radio COM project.

Enter your email address if you'd like to be notified when Padstone: Radio Dev Board Kit can be shipped to you: 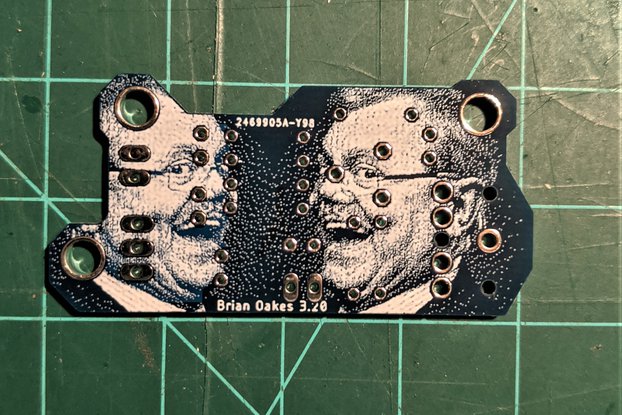 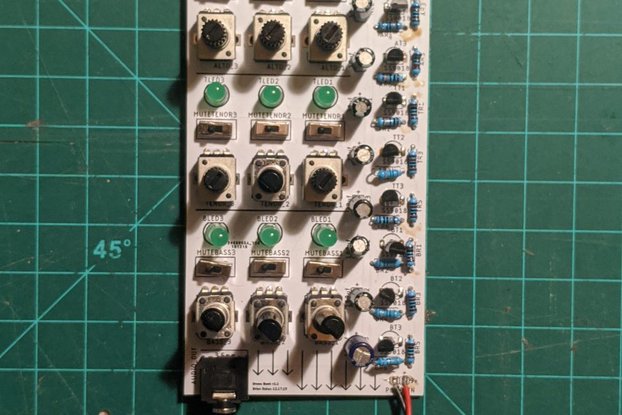 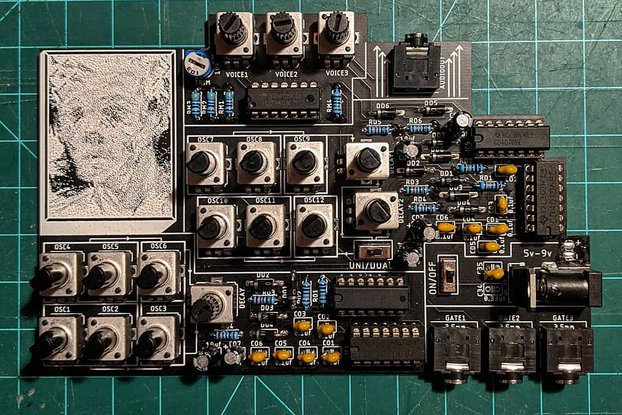 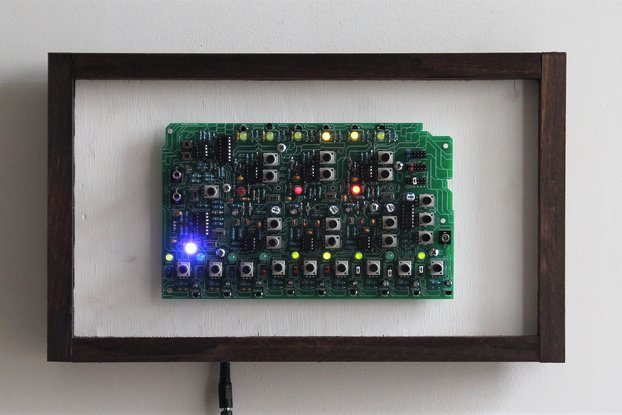 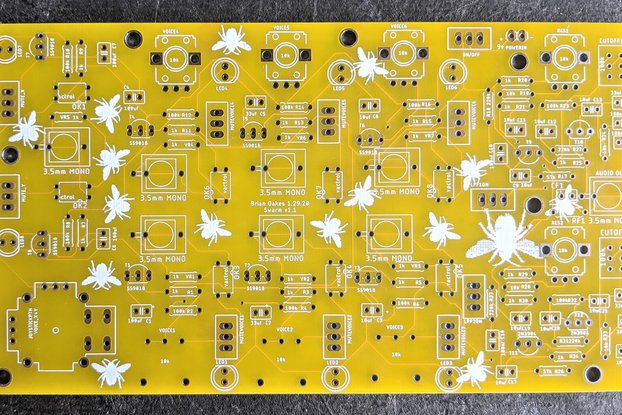 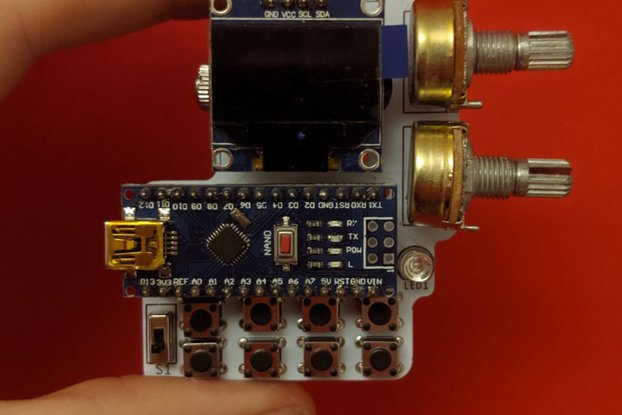 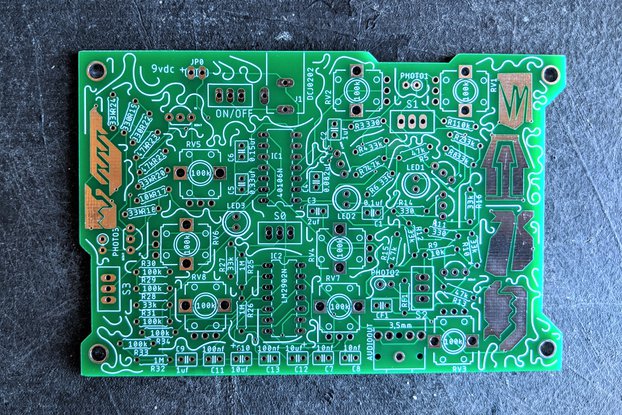 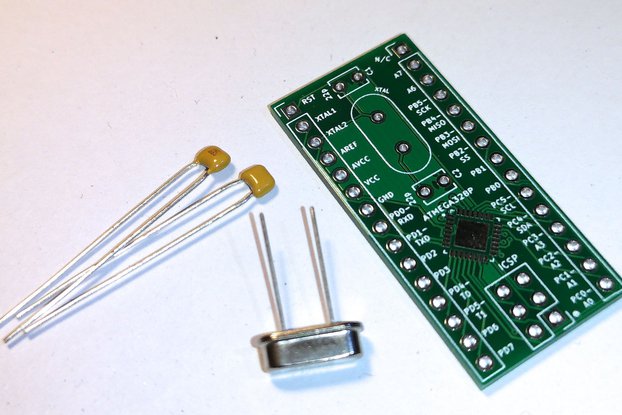 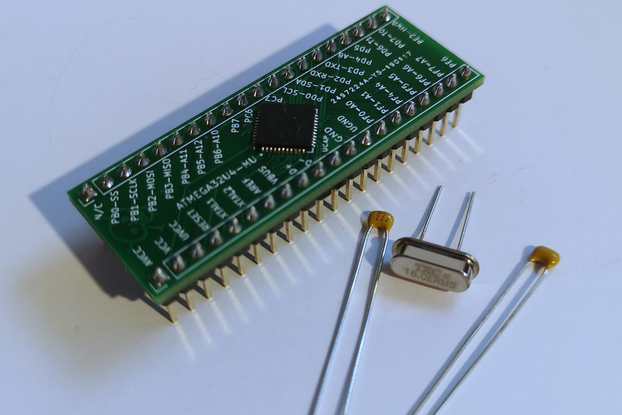 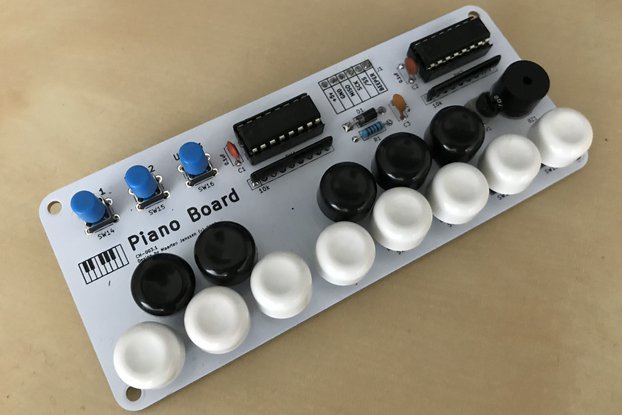 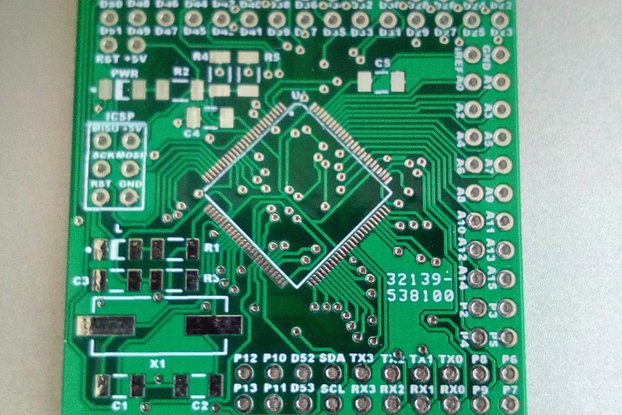