An Arduino Nano based TMS 0805 emulator running the original 320 instructions that ran on the iconic 1974 Sinclair Scientific Calculator. 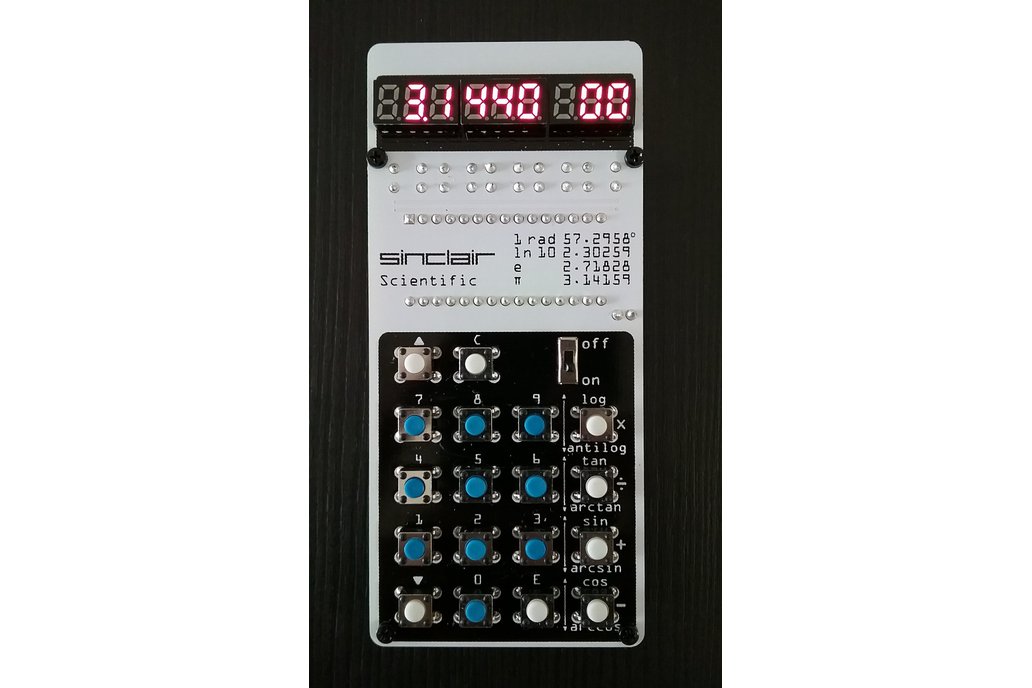 An Arduino Nano based TMS 0805 emulator running the original 320 instructions that ran on the iconic 1974 Sinclair Scientific Calculator.

Here is the latest version of the Sinclair Scientific Calculator emulator running on a custom PCB which accurately replicates the size and the circuitry of the original calculator. This is powered by…

Here is the latest version of the Sinclair Scientific Calculator emulator running on a custom PCB which accurately replicates the size and the circuitry of the original calculator. This is powered by an Arduino Nano.

PCB v6 is the same size as a real Sinclair Scientific Calculator, the keyboard and display circuit is accurate as well.

As this project builds upon the work of so many other people, the PCB Gerbers and the full Arduino source code are available online if you want to roll your own.

A matrix keyboard and 9 digit LED display are connected to an Arduino Nano. The Nano runs a port of Ken Shirriff JavaScript 0805 TI CPU Emulator. The emulator is executing the actual 320 instructions that ran on the 1974 calculator. The Nano has some glue logic implementing the translation of keypresses into the I/O signals the Sinclair code expects to see. The original code is given a chance to run one of its very unique 11-bit instructions that contained both the operand and the address of the next instruction. The Nano then inspects the internal state of the calculator's A register and outputs it to the LED displays.

The 1974 Sinclair Scientific was unique as it took the work of geniuses to implement a reverse Polish notation (RPN) scientific calculator with trigonometric functions on a chip barely capable of doing addition, subtraction, and multiplication and division as iterative algorithms. The Texas Instruments TMS 08XX CPU was also limited to storing a 320 instruction program in its internal ROM.

Implementing all of those functions was not without cost. The calculator was slow, some answers can take up to 15 seconds to show up, meanwhile a blank screen is shown. Its accuracy is limited: 4 * arctan(1) yields a value of PI of 3.1440 as shown on the product screenshots. Calculating arctan(0.0001) goes into a loop for a minute and a half before yielding the wrong value of 0. The decimal point is in a fixed spot as storing numbers in a scientific format simplifies both internal calculations and displaying the result. Reverse Polish Notation was used as it simplifies the processing of the operands. There is no space in ROM for important constants, so those were printed on the face of the calculator.

Part of the genius of this product was realizing that sometimes "Worse is Better", the limited accuracy and its other quirks were offset by the fact that this calculator was Cheap! When first released, it cost around $100 when other scientific calculators cost almost $400. After a year, a kit was released for £9.95 (around $24) (incl. VAT)

The hardware portion of this project is now an accurate recreation of the Sinclair Scientific Calculator circuitry. The connections from the keys to the display were reverse engineered by pushing two keys at a time on the original calculator and seeing which two digits in the display were affected.

The Arduino software is a very thin layer interfacing to the original code. There is one option however, code execution speed. If the calculator is powered up, it runs at the original speed and the display is blanked out while a result is being calculated, just like in the original hardware. If the keys 1,2 or 3 are pressed during power-up, prior to 0.0000 00 being shown, the screen will stay illuminated all the time and the speed will be either slow (1), normal (2) or very fast (3). It is very interesting seeing the intermediate results the calculator goes thru before arriving at an answer. The normalize function can be seen working on the slowest setting. Type 0.0001 + and the 1 will be shifted left while the mantissa is incremented.

This work could not have been possible without this:

Enter your email address if you'd like to be notified when Sinclair Scientific Calculator Emulator can be shipped to you:

This Was The BEST Kit Ever!

I have never got more enjoyment or satisfaction out of any project in my life. It is an absolute miracle that a Sinclair Scientific Calculator could be accomplished with a chip that could hardly do multiplication & division (and ran on only 324 words of instructions.) The creation of this calculator represents the triumph of the human spirit over the impossible. One hundred Hewlett Packard Engineers swore that this couldn’t be done. Nigel Searle (& now Arduino Enigma) have proved them wrong!

A Tour De Force! Absolutely Brilliant! The Sinclair Scientific Calculator Emulator from Arduino Enigma was my most enjoyable project EVER! Unsurpassed quality, unparalleled documentation & exhaustively detailed instructions: You could tell that this Project was TRULY a Labor of Love by this Project's Creator! Thank You Arduino Enigma!

Excellent kit. Easy to buld. I very enjoy it. The chip is already preprogrammed - thank You.
It was working on first time. Only thing I dislike is Power On switching in down direction.
This calculator gives fun on party. Almost nobody knows RPN and mantise E.
I love all gadgets with Sinclair logo.

Great kit, easy to build and a cool calculator to learn RPN

This is a great and simple to assemble kit. All you really need is basic soldering skills and you can put this together in under an hour. Everything is included including batteries to power it up after you've finished. The source code is open and you can learn a lot poking around the very elegant small code base that makes the Arduino Nano emulate a vintage Sinclair Scientific Calculator. And you can finally have a platform to learn Reverse Polish Notation (RPN) the mathematical entry format that this calculator uses. Overall a grade A+ kit. 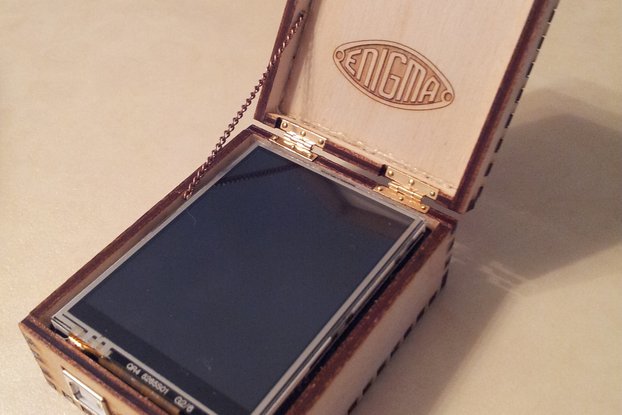 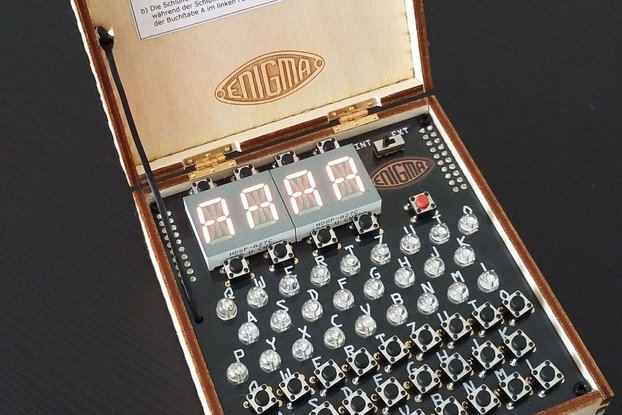 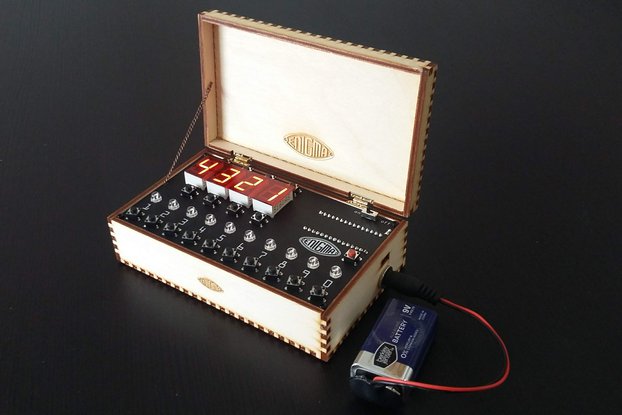 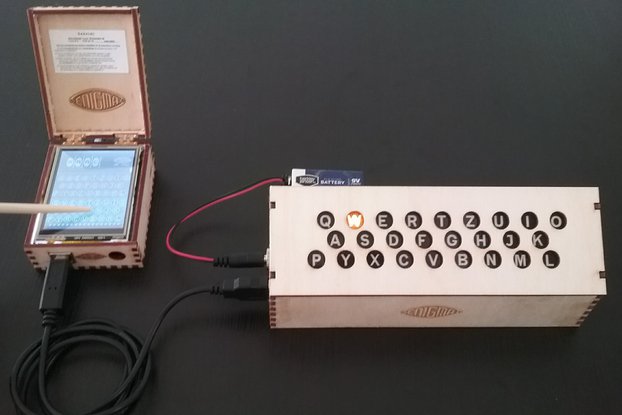 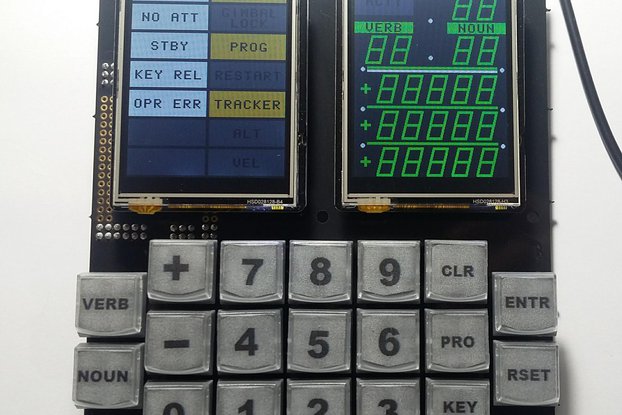 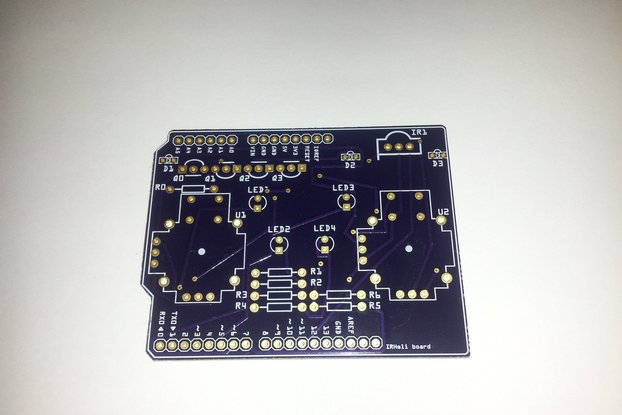 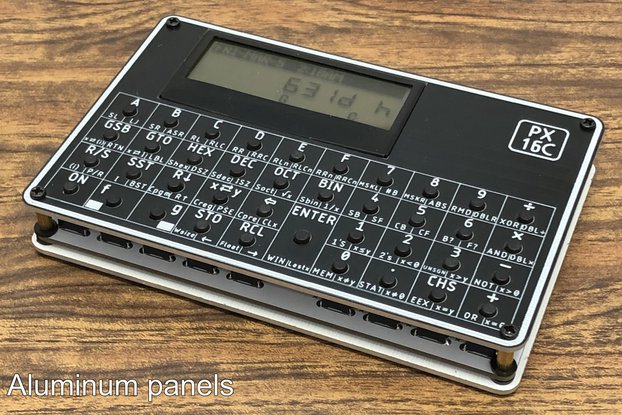 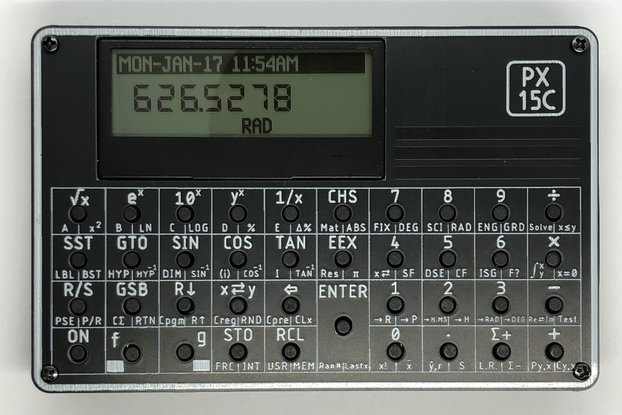 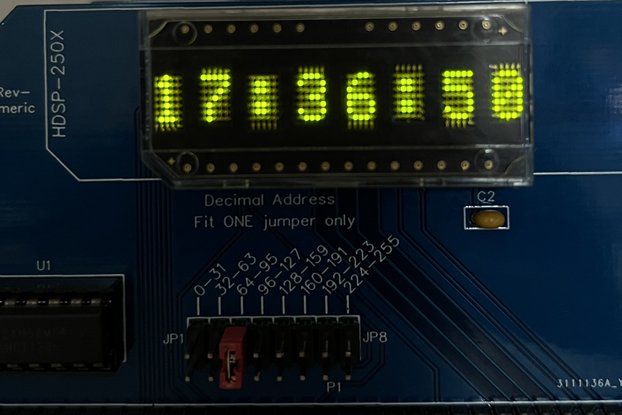 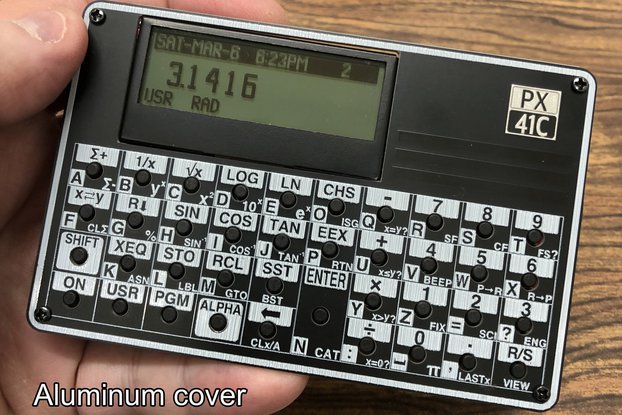