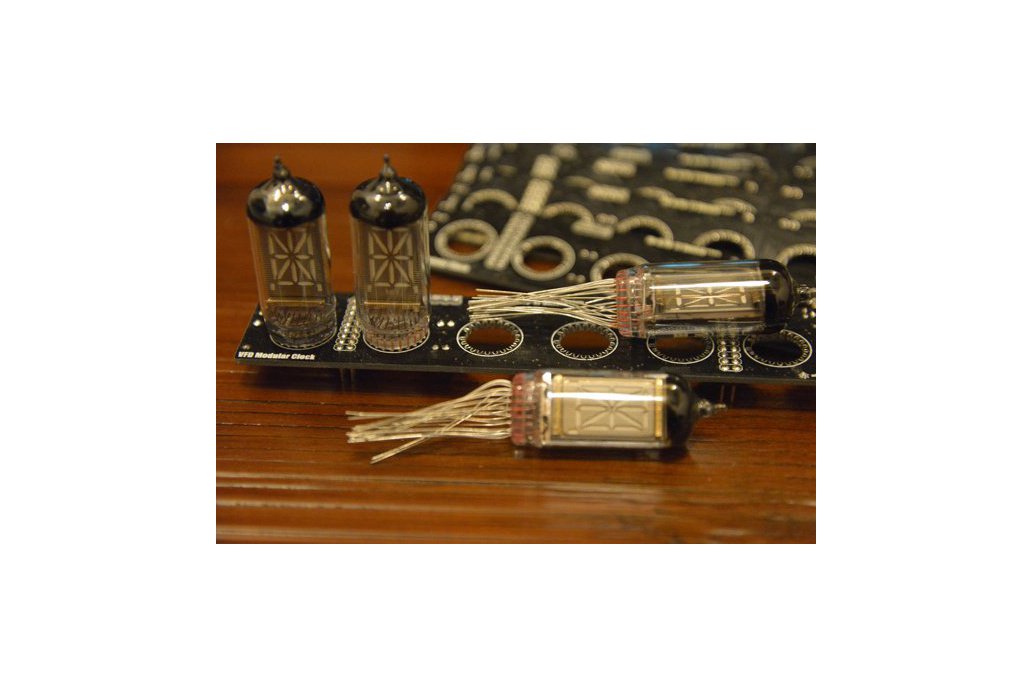 The VFD Modular Clock is a clock based on old-fashioned VFD Display Tubes. VFD is short for Vacuum Flourescent Display. A VFD display is typically green or blue, and emits a bright light with high co…

The clock itself is modular, it comes with a base board, which is powered by an ATMega32U4 microcontroller and contains a high-voltage VFD driver that is used to light up the display shield that sits on the top board. It comes pre-programmed with the Arduino Leonardo bootloader and firmware. It can be re-programmed from the Arduino IDE (open source firmware).

This version of the clock comes with 6x alphanumeric IV-4 or IV-17 tubes.

Enter your email address if you'd like to be notified when VFD Modular Clock IV-4 6-digit can be shipped to you:

Due to the ongoing pandemic situation and the situation in Europe. Japan Post has suspended shipment to several countries. Depending on your destination country, we may not be able to fulfill your order.

As of 2022.14.04, only USA shipping is available. Europe, Canada, Australia, New Zealand are not possible to ship for the time being.

When assembled it initially looked great. As good as the previous one I built a few months ago. This is the same basic design with 3 different display options. On the second day the display was out. I confirmed it is a problem on the main board as I swapped display boards and both display work on the good board and neither work on the new one. Documentation also had errors. Resistor color codes wrong on a few of the values. Will be digging deeper. Seemed to work until I set it to dim the display at night and it didn't turn back on. Hv is present. So I need to troubleshoot to see what is wrong. 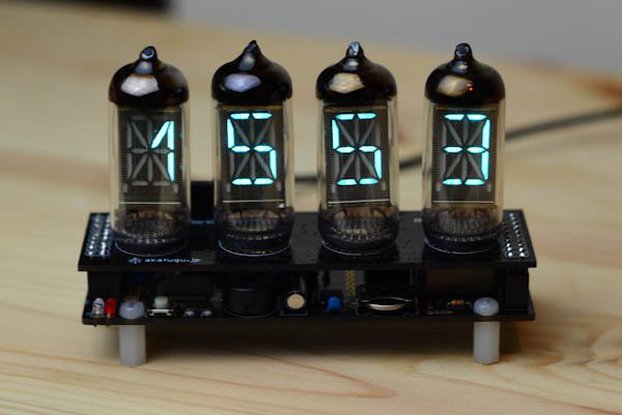 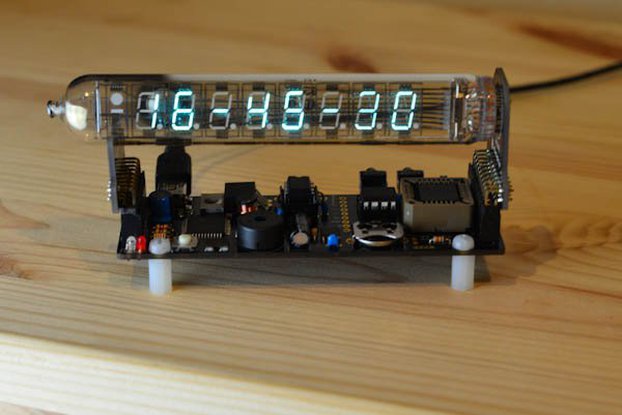 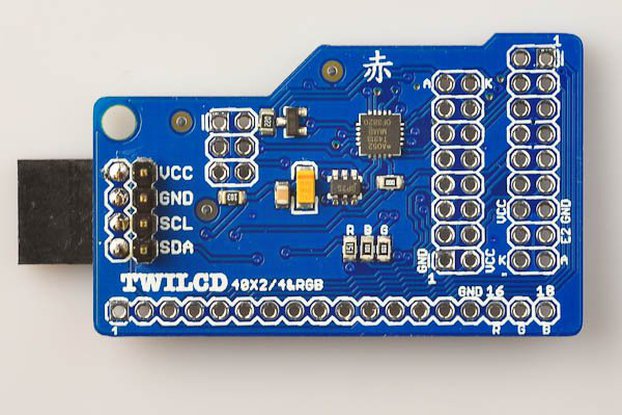 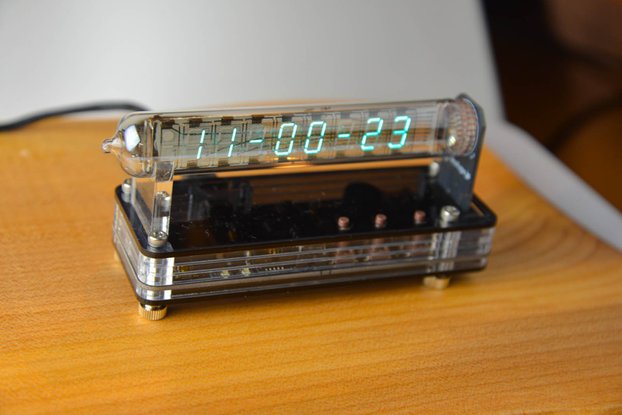 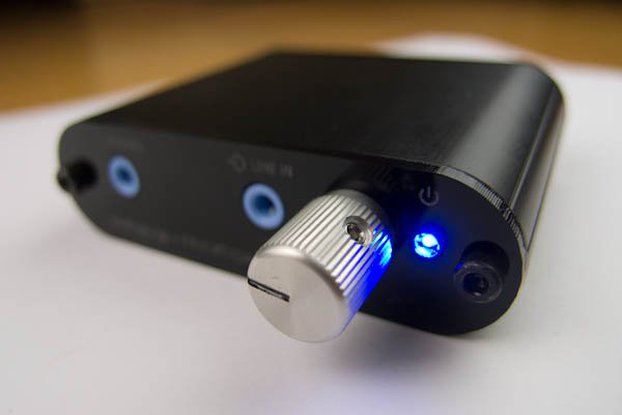 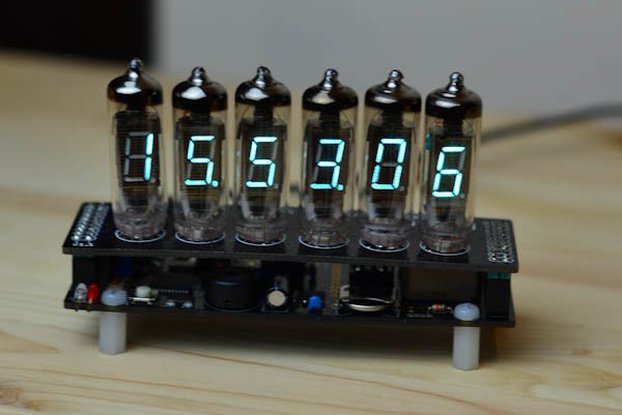 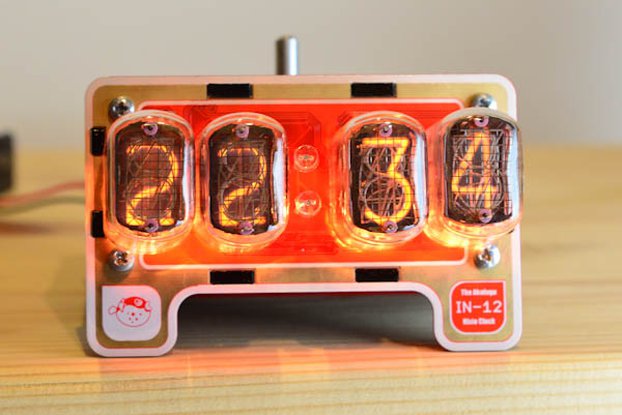 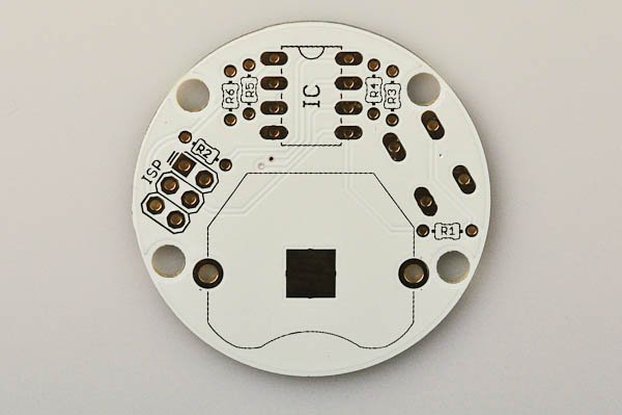 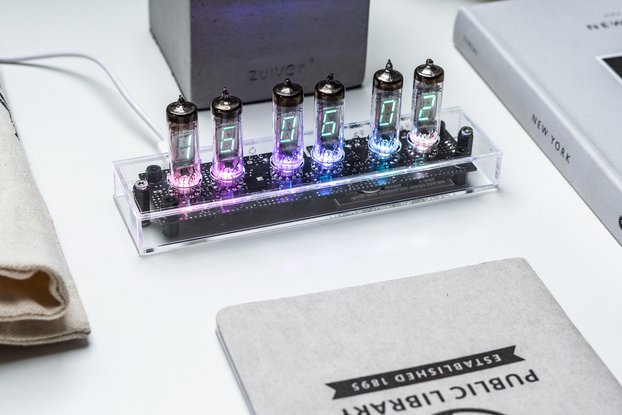